A leading European Union diplomat held talks in Tehran on Sunday, Iran's state-run media reported, amid hopes that an agreement to restore Iran’s tattered nuclear deal with world powers could be completed.

The meetings between the EU’s envoy, Enrique Mora, and Iran’s top nuclear negotiator Ali Bagheri Kani come at a sensitive moment for talks to revive the deal, as the glimmers of a resolution to some of the thorniest issues in the negotiations have emerged.

The report on the talks in Tehran gave scant detail, saying only that the diplomats discussed the latest on the nuclear agreement, with Kani repeating that Iran believed a deal was within reach if America was “realistic” in its demands. 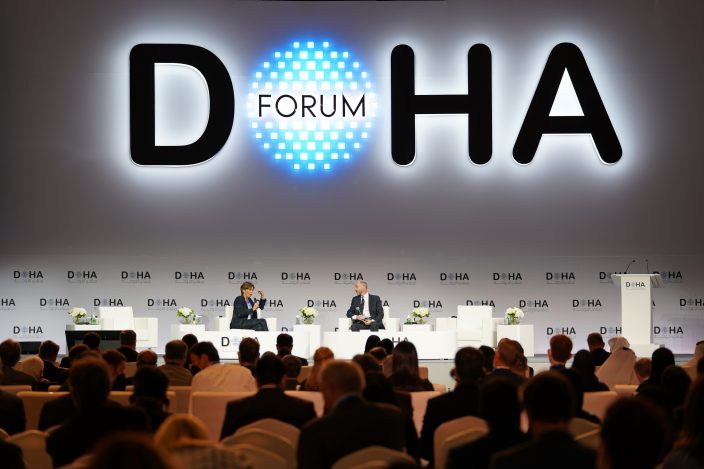 Former President Donald Trump abandoned the nuclear deal in 2018 and re-imposed crushing sanctions. Iran gradually breached the agreement with a massive expansion of its nuclear work.

Nuclear talks broke off earlier this month as last-minute wrangles in Vienna coincided with Russia’s invasion of Ukraine and financial sanctions imposed by the West on Moscow.

But officials have since made encouraging noises. Russia appeared to back down from its earlier demand that its trade with Iran be exempted from Western sanctions.

The prospect of the designation’s removal had alarmed America’s Mideast allies, such as Israel, which fiercely opposed the original nuclear deal and argued that easing sanctions on the Revolutionary Guard would embolden Iranian-backed militant groups from Hezbollah in Lebanon to the Houthis in Yemen.

In a visible sign that shared regional anxiety over a renewed nuclear deal was growing, the Israeli government hastily arranged an unprecedented summit of top diplomats from Arab countries that have normalized ties with Israel along with U.S. Secretary of State Antony Blinken.

Remarks on Sunday from the U.S. special envoy for Iran, Robert Malley, underscored the fears of Washington's allies in the region. He declined to discuss details of the nuclear negotiations, but reiterated that America had failed to secure a broader deal with Iran that would restrict its ballistic missiles program and curb its regional military policies.

“It would have been better, but (the nuclear deal) was not intended to, it wasn't able to address the other issues,” Malley told the Doha Forum, a Middle East policy conference in Qatar. “Many in the region view the IRGC in the same way we do. ... But we know this is not a deal that's going to address that."

However, Malley was quick to stress that no matter what happens to the Guard's terrorism designation, separate sanctions over its ballistic missile development and alleged human rights violations would remain.

Hard-liners opposing any hint of rapprochement with the West appeared to fret about possible Iranian compromises after Foreign Minister Hossein Amirabdollahian told state TV that the Revolutionary Guard had accepted that the terrorist designation would stay in place so that Iran could pursue “whatever is necessary for the interests of the country.”

In an interview late Saturday with the semiofficial Fars news agency, Shariatmadari insisted that the foreign minister had misunderstood the Revolutionary Guard when he spoke on the force’s behalf.

“Attributing this statement to Guard commanders does not correspond to any of the well-known characteristics of Guard commanders,” he said, adding that Amirabdollahian had falsely given the impression of the Guard’s “surrender.” He expressed hope that the paramilitary force would swiftly “correct” Amirabdollahian’s comments.

“The IRGC is a national army, and a national army cannot be listed as a terrorist group,” Kharrazi told the audience. “That is very important for Iranians to have IRGC removed from the list. ... They are not going to compromise on that."

Still, ambiguity prevailed as Malley and Kharrazi offered starkly different assessments about the chances of the deal's looming revival.