South Korea said it conducted its first successful launch of a solid-fuel rocket Wednesday in what it called a major step toward acquiring a space surveillance capability amid rising animosities with rival North Korea.

The launch came six days after North Korea carried out its first intercontinental ballistic missile test since 2017 in an apparent attempt to expand its weapons arsenal and increase pressure on the Biden administration amid stalled disarmament talks.

The South Korean-built solid-propellant rocket soared into the sky before releasing a dummy satellite in space, according to photos released by Seoul's Defense Ministry. A ministry statement said Defense Minister Suh Wook and other senior officials observed the liftoff. 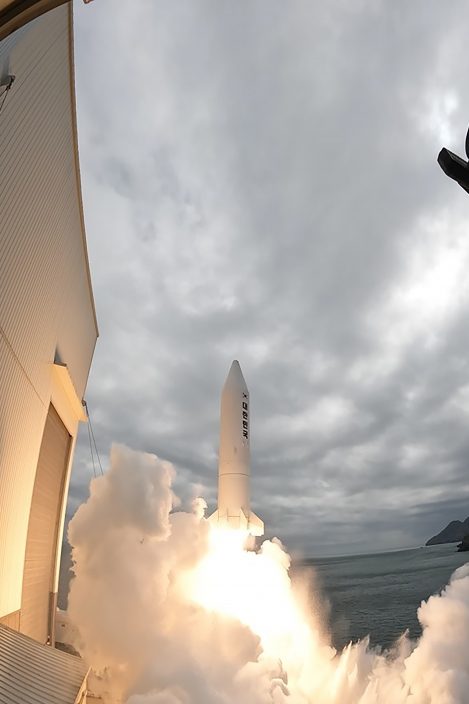 South Korea currently has no military reconnaissance satellites of its own and depends on U.S. spy satellites to monitor strategic facilities in North Korea.

In 2020, South Korea won U.S. consent to use solid fuel for space launch vehicles, removing a restriction that Washington had previously imposed on its key Asian ally out of concerns that use of the technology could lead to bigger missiles and trigger a regional arms race. Last year, the United States lifted other remaining restrictions to allow South Korea to develop missiles with unlimited ranges.

South Korea had agreed on the restrictions in 1979 in return for receiving missile technology from the U.S.

South Korea’s Defense Ministry concluded earlier this week that North Korea fired a previously tested Hwasong-15 ICBM, rather than a newer, bigger, longer-range Hwasong-17 that it claims to have tested. The missile flew farther and longer than any previous North Korean launch, placing all of the mainland U.S. within its potential striking distance. It was also North Korea’s highest-profile launch since its Hwasong-15 test in November 2017.

“Coming at a very grave time following North Korea’s lifting of the weapons tests moratorium, this successful test-launch of the solid-fuel space launch vehicle is a key milestone in our military’s efforts to (build) a unilateral space-based surveillance system and bolster defense capability,” the South Korean statement said.

North Korea recently said it tested cameras for a spy satellite. It has launched two Earth observation satellites in recent years, but experts say there is no evidence that they ever transmitted images.

The rival Koreas remain divided by a heavily fortified border since their division at the end of World War II in 1945. To cope with increasing nuclear threats from North Korea, South Korea has been building and purchasing powerful conventional missiles, stealth fighter jets and other high-tech weapons systems. But South Korea has no nuclear weapons and is under the protection of a U.S. “nuclear umbrella,” which guarantees a devastating American response in the event of an attack on its ally.