When Xavi Hernández returned as Barcelona coach four months ago, the team he had helped lead to greatness as a player was struggling to get wins over the most modest of rivals.

After a bumpy start, Xavi now has Barcelona back to playing like a title challenger after a string of big wins that culminated in a 4-0 rout at Real Madrid before a two-week international break.

Barcelona was in seventh place and 16 points behind Spanish league leader Madrid in early December following a 1-0 loss to Real Betis, its only league setback under Xavi. Since then, Barcelona has gone 12 matches unbeaten (nine wins and three draws) and has won five straight league games by a combined score of 18-2. 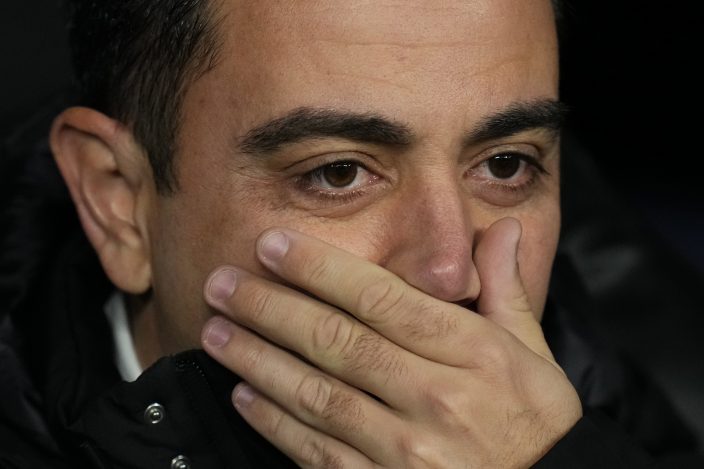 Barcelona is still 12 points behind Madrid. But a victory over second-place Sevilla at Camp Nou on Sunday would pull them level on points with the Andalusian side. Barcelona also has one more game to play than its league rivals.

“We still have hope (of winning the title) and will keep it alive until the end,” Barcelona midfielder Sergio Busquets told Catalan radio RAC1 on Wednesday. “We will have to win our games and see what happens. We are on a very good run. This is the mentality that we need to have to keep alive our chances.”

Barcelona hosts a Sevilla team that is on the slide. It has drawn seven of its last nine league games, in addition to being eliminated from the Europa League. This disappointing run came after the club brought in Anthony Martial and Tecatito Corona in the recent transfer window with the aim of challenging Madrid for the Spanish title. 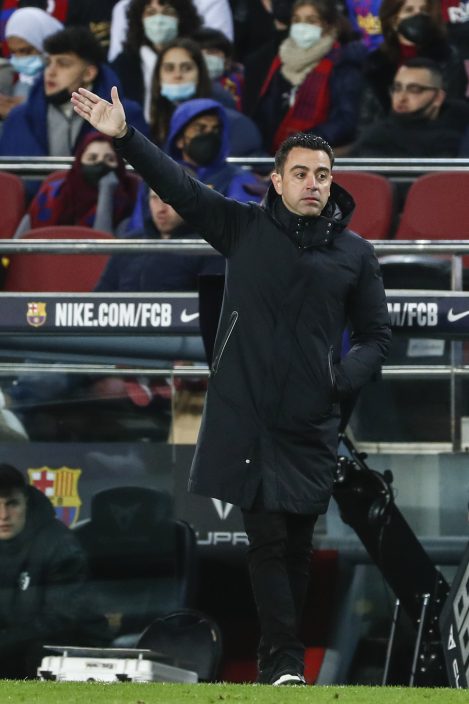 Barcelona, meanwhile, is reaping the benefits of an extremely successful bid to reinforce its attack in January with the acquisition of Pierre-Emerick Aubameyang, Ferran Torres and Adama Traoré. Aubameyang has scored nine times in only 11 appearances, including two goals in the victory over Madrid at the Santiago Bernabéu. Torres also scored against Madrid to take his tally to six goals since returning to Spain.

Their arrival has given Xavi the finishers that Barcelona’s midfield sorely needed. Barcelona has produced multiple four-goal performances, including the “clásico” and in victories over Atlético Madrid, Athletic Bilbao, Valencia and Osasuna.

While Xavi has benefitted from the return of Ousmane Dembélé and Pedri González, who were both injured earlier in the season, Busquets credits his coach for much of the turnaround the team has made since he replaced the fired Ronaldo Koeman.

Xavi, Busquets said, has insisted on getting Barcelona back to playing with the same precision passing and intense pressure that predecessors Pep Guardiola and Luis Enrique used to guide the team to multiple Champions League titles.

“I think that (before) things weren’t done in the best way. The coaches who have been here have come with their own ideas. Xavi is a continuation of coaches like Pep (Guardiola) and Luis Enrique,” Busquets said. “He has worked a lot, above all at the very start. It was not easy. There were many players who didn’t know this playing style. It has required a lot of work, a lot of practice, watching videos, trying to improve.”

The men's game comes after Camp Nou broke an attendance record for a women's soccer match on Wednesday when 91,553 people turned out to watch Barcelona defeat Real Madrid 5-2 in the Champions League.

Madrid visits Celta Vigo on Saturday aiming to put the loss to Barcelona behind it before visiting Chelsea in the Champions League quarterfinals next week.

Madrid coach Carlo Ancelotti will miss the game in northwest Vigo after he tested positive for COVID-19 on Wednesday. The little-used Eden Hazard is also unavailable as he recovers from having a plate removed from his right leg.

Madrid was without top scorer Karim Benzema for the Barcelona loss after he injured his left leg nearly three weeks ago. He trained individually on Wednesday. With a trip to Stamford Bridge looming on April 6, Ancelotti could be tempted to give Benzema extra rest even if he were able to play.

An improved Atlético can also catch Sevilla this weekend. The team hosts Alavés on Saturday and will then visit Manchester City on April 5 in the Champions League.