Lorenzo Insigne scored one and set up another to help Napoli win at Atalanta 3-1 and move level with AC Milan at the top of the Serie A table on Sunday.

Insigne, who is leaving Napoli at the end of the season after 15 years to join Toronto FC in Major League Soccer, converted a penalty and provided the assist for Matteo Politano to give Napoli a comfortable halftime lead.

Marten de Roon got Atalanta back into the match in the 58th minute but Eljif Elmas sealed the result nine minutes from time. 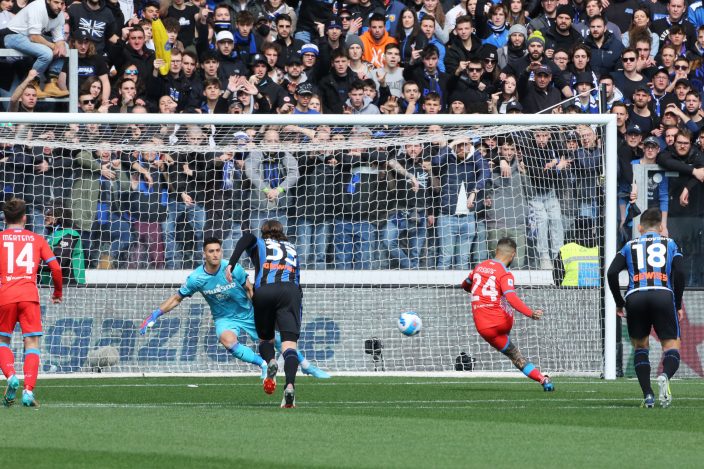 Napoli's Lorenzo Insigne scores on a penalty his side's opening goal during the Serie A soccer match between Atalanta and Napoli at the Bergamo Gewiss stadium, Italy, Sunday, April 3, 2022. (Alberto MarianiLaPresse via AP)

Napoli is below Milan on head-to-head record. Milan hosts Bologna on Monday.

Atalanta had the better of the early play in Bergamo but Napoli took the lead in the 14th minute after home goalkeeper Juan Musso tripped Dries Mertens and Insigne fired in a powerful spot kick. 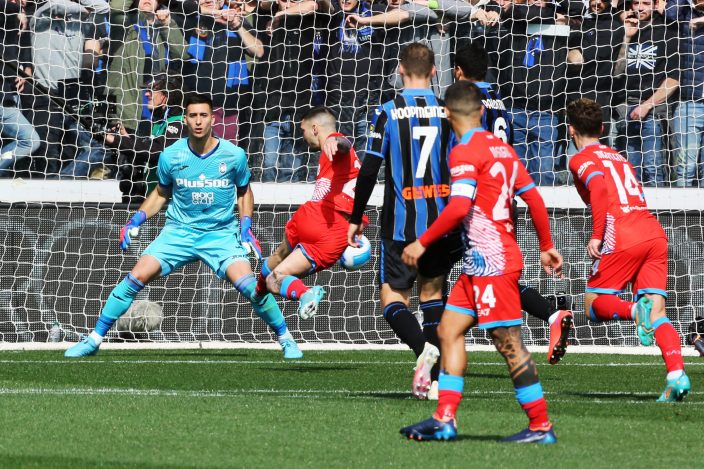 It was his first goal against Atalanta and he provided the second, too, from a free kick which Politano volleyed in.

De Roon headed in Aleksej Miranchuk’s cross to reduce the deficit in the second half and Atalanta laid siege to the Napoli goal but was caught out on the counterattack. Hirving Lozano ran onto a fantastic ball from Kalidou Koulibaly and rolled it across for Elmas to slot in and secure the points. 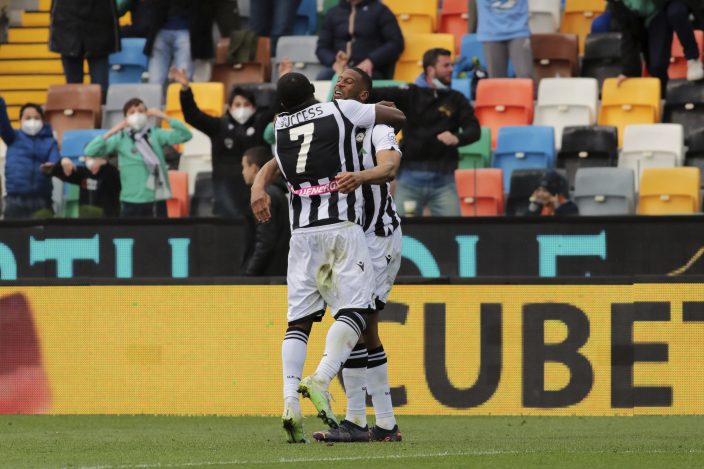 Udinese's Beto Betuncal, right, celebrates after scoring during the Serie A soccer match between Udinese and Cagliari, at the Friuli stadium in Udine, Italy, Sunday, April 3, 2022. (Andrea BressanuttiLaPresse via AP)

Beto bagged a hat trick to help Udinese recover to beat Cagliari 5-1 in a relegation fight. 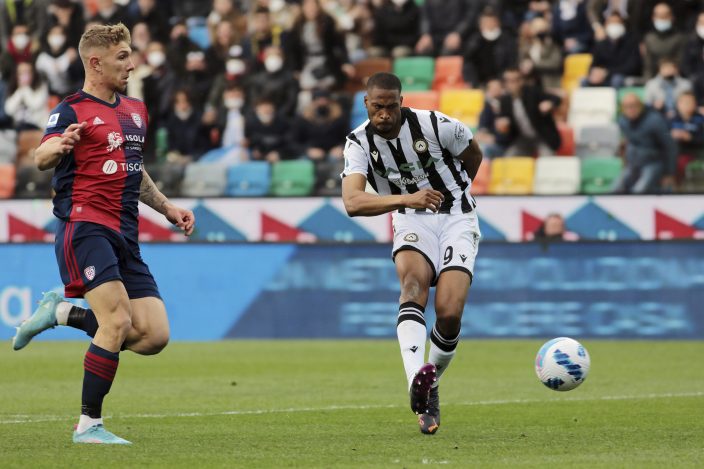 Udinese's Beto Betuncal scores during the Serie A soccer match between Udinese and Cagliari, at the Friuli stadium in Udine, Italy, Sunday, April 3, 2022. (Andrea BressanuttiLaPresse via AP)