With north London rivals Tottenham and Arsenal neck and neck, the fight for Champions League qualification looks like being as hard fought as the title race in the English Premier League.

Tottenham's superior attacking power might yet prove decisive in the final stretch.

Out of nowhere, Antonio Conte's team is the highest-scoring team in the league in 2022 — with 30 goals in 13 games — after overwhelming Newcastle 5-1 on Sunday. 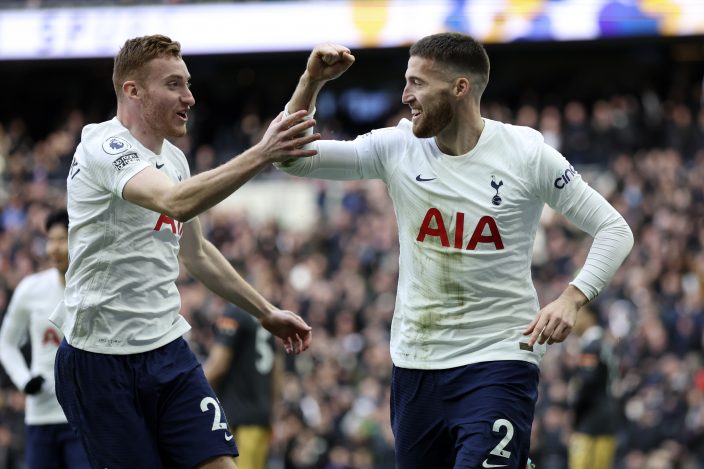 It lifted Spurs above Arsenal into fourth place, the final qualification spot for the Champions League, but only on goal difference. Arsenal has two games in hand, the first being a tricky one at Crystal Palace on Monday.

With Ben Davies, Matt Doherty, Son Heung-min, Emerson Royal and substitute Steven Bergwijn scoring, the big surprise was that in-form striker Harry Kane didn't get in on the act.

Fourth place might not be the ceiling for Tottenham and Arsenal, who have only the Premier League to focus on. Chelsea is only five points ahead in third and has to juggle playing in the Champions League and FA Cup over the next month, too. 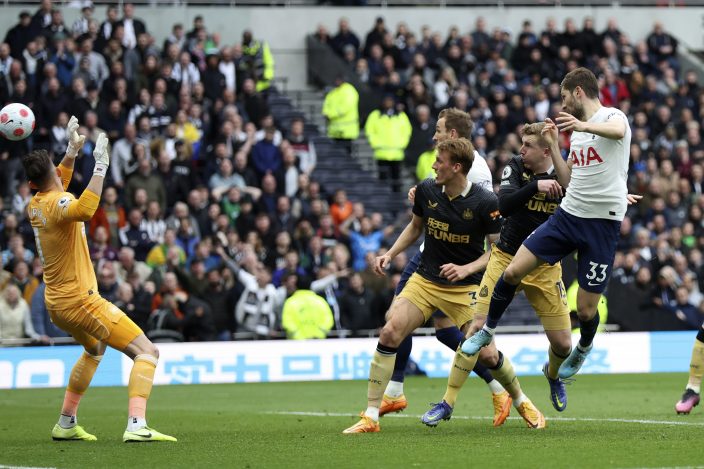 None of them will get close to catching Manchester City and Liverpool, the top two teams who are separated by one point with eight games left.

West Ham isn't quite out of contention for fourth place yet.

A 2-1 win over relegation-threatened Everton lifted West Ham into sixth place, above Manchester United, and three points behind Tottenham and Arsenal.

Frank Lampard's Everton is in deep trouble, just one place and three points above the relegation zone.