Luka Doncic scored 32 points and matched a season high with 15 assists to help the Dallas Mavericks defeat the Milwaukee Bucks 118-112 on Sunday.

Giannis Antetokounmpo led the Bucks with 28 points and 10 assists. Milwaukee was essentially at full strength Sunday after resting all of its usual starters in a 153-119 loss to the Los Angeles Clippers on Friday night.

Doncic flirted with a triple-double before finishing with eight rebounds. In six career games against the Bucks, Doncic has averaged 26.8 points, 11.3 assists and 9.2 rebounds with three triple-doubles. 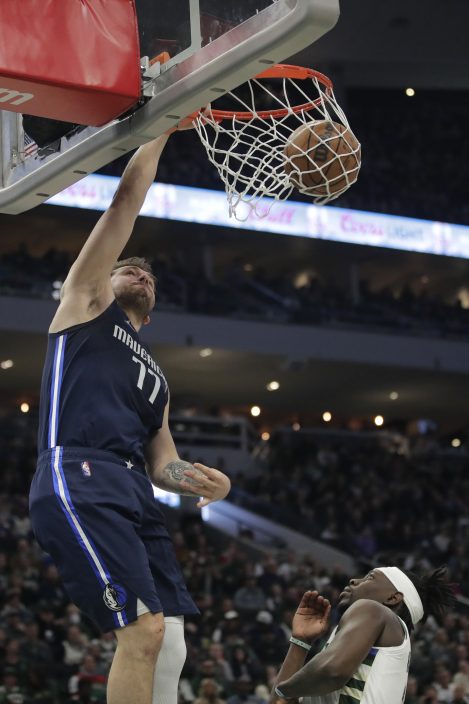 Dallas’ Dwight Powell added 22 points and 13 rebounds — one off his career high.

Jockeying for one of the top seeds in the Eastern Conference, Boston posted its 13th win in 16 games with three games left in the regular season.

Kentavious Caldwell-Pope and Kristaps Porzingis each had 17 points for Washington, and Ish Smith finished with 16.