The manufacturing hub of Guangzhou closed itself to most arrivals Monday as China battles a major COVID-19 surge in its big eastern cities.

Shanghai has taken the brunt of the surge, with another 26,087 cases announced on Monday, only 914 of which showed symptoms. The city of 26 million is under a tight lockdown, with many residents confined to their homes for up to three weeks.

No such lockdown has yet been announced for Guangzhou, a metropolis of 18 million northwest of Hong Kong that is home to many top companies and China's busiest airport. Just 27 cases were reported in the city on Monday. 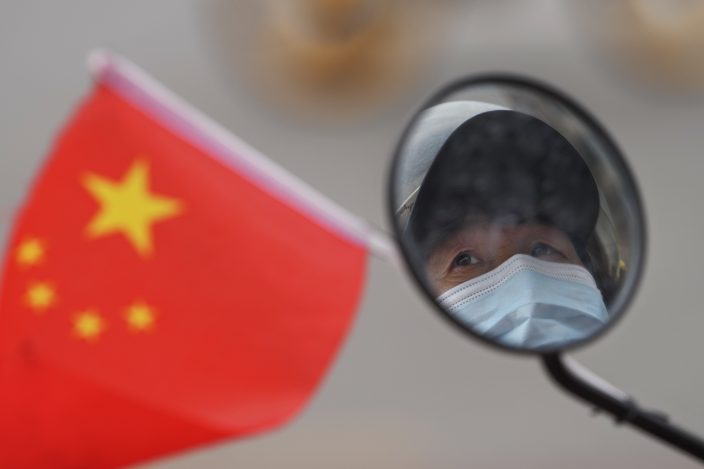 A woman wearing a face mask to help protect from the coronavirus is reflected in her wing mirror of her electric-powered scooter tied with a national flag as she waits at an intersection during the morning rush hour, Monday, April 11, 2022, in Beijing. (AP PhotoAndy Wong)

However, primary and middle schools have been switched to online after an initial 23 local infections were detected last week. An exhibition center was being converted into a makeshift hospital after authorities said earlier they would begin citywide mass testing.

Only citizens with a “definite need" to leave Guangzhou can do so, and only if they test negative for the virus within 48 hours of departure, city spokesperson Chen Bin said in a social media announcement.

China has stuck to its “zero-COVID” strategy of handling outbreaks with strict isolation and mass testing, despite complaints in Shanghai over shortages of food and medical services. 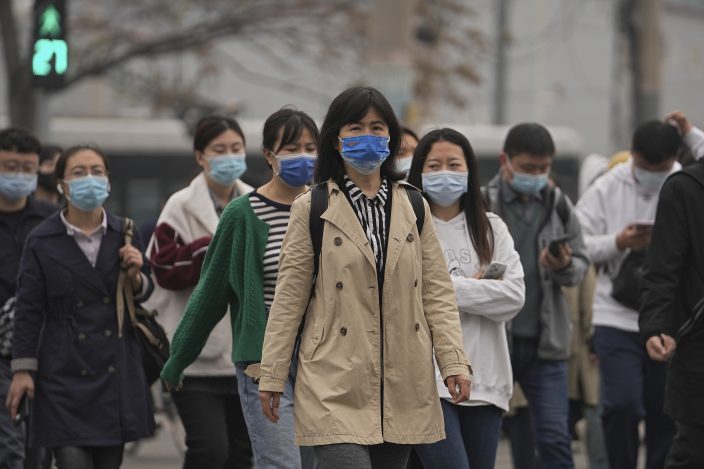 People wearing face masks to help protect from the coronavirus walk across a street during the morning rush hour, Monday, April 11, 2022, in Beijing. (AP PhotoAndy Wong)

Foreign Ministry spokesperson Zhao Lijian on Sunday said China had “lodged solemn representations with the U.S." after the State Department advised Americans to reconsider traveling to China due to “arbitrary enforcement” of local laws and COVID-19 restrictions, particularly in Hong Kong, Jilin province and Shanghai. U.S. officials cited a risk of “parents and children being separated.”

China was “strongly dissatisfied with and firmly opposed to the U.S. side’s groundless accusation against China’s epidemic response,” Zhao said. 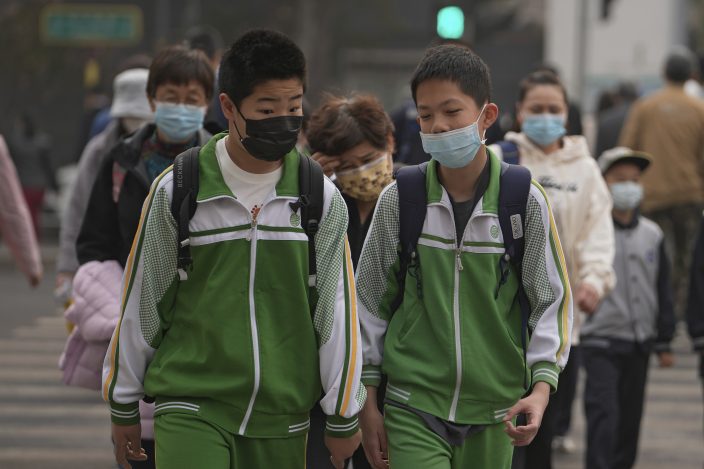 Students and residents wearing face masks to help protect from the coronavirus walk across a street, Monday, April 11, 2022, in Beijing. (AP PhotoAndy Wong)

Despite that, and indications the hardline policy is being dictated by head of the ruling Communist Party Xi Jinping, China has rejected any notion that its response is political in nature. Xi has demanded social stability above all else in the runup to a key party congress later this year at which he is expected to bestow on himself an unprecedented third-term as party leader.

The English-language China Daily acknowledged that Shanghai's measures are “far from perfect," and pointed to the firing last week of three local officials for failing in their duties. But it said that shouldn't become an “excuse to politicize the event and blame China.”

Despite the large number of cases, no new deaths have been reported in the Shanghai wave, possibly because the omicron variant is less deadly than older variants. 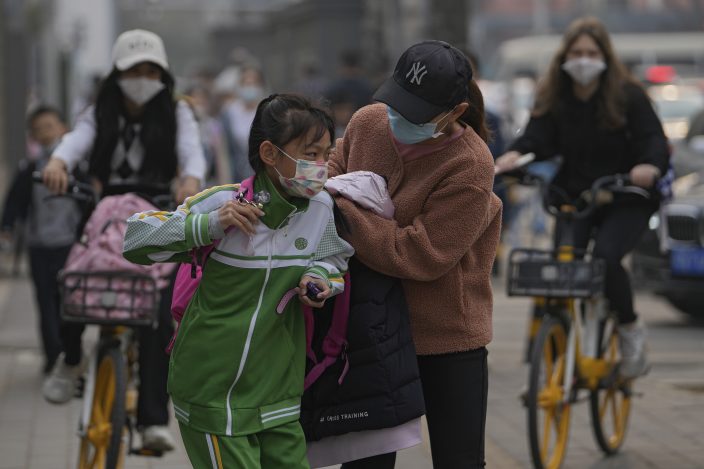 A woman wearing a face mask to help protect from the coronavirus sends a masked child to school, Monday, April 11, 2022, in Beijing. (AP PhotoAndy Wong)

City authorities also say they have secured daily supplies for residents, following complaints about deliveries of food and other necessities.

Residents have resorted to group buying of groceries because they are not allowed to leave their buildings, with only partial success in obtaining needed items.

The capital Beijing has seen relatively few restrictions, although the Erjiefang neighborhood including the famed 798 art district has been cordoned off and classified as high risk after eight infections were reported there over the past two weeks. 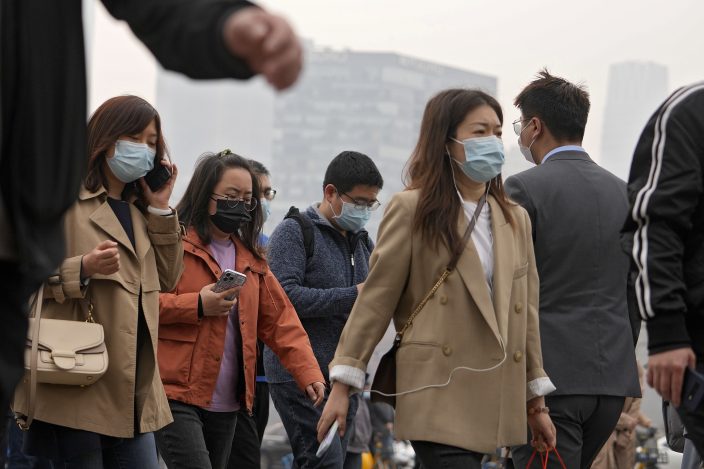 People wearing face masks to help protect from the coronavirus walk across a street during the morning rush hour, Monday, April 11, 2022, in Beijing. (AP PhotoAndy Wong)

China is facing one of its worst local outbreaks since the pandemic began. China is still mostly closed to international travel, even as most of the world has sought ways to live with the virus.