This Easter, Mark Wahlberg is offering us a gift as sweet as a box of Peeps or a chocolate rabbit — and just as nutritious.

“Father Stu” is a loving biopic of a one-time real-life hell-raising, blue-collar hustler who somehow becomes a white-collared Roman Catholic priest. So why is it ultimately as hollow as that chocolate bunny?

You can instantly see why Wahlberg — the star, executive producer and financier — was attracted. “Father Stu” is right in his wheelhouse, from his character's love of amateur boxing to his meathead humor. And as an ardent Catholic, this is his Hollywood message film flex, his “The Passion of the Christ.” He even brought Mel Gibson along. 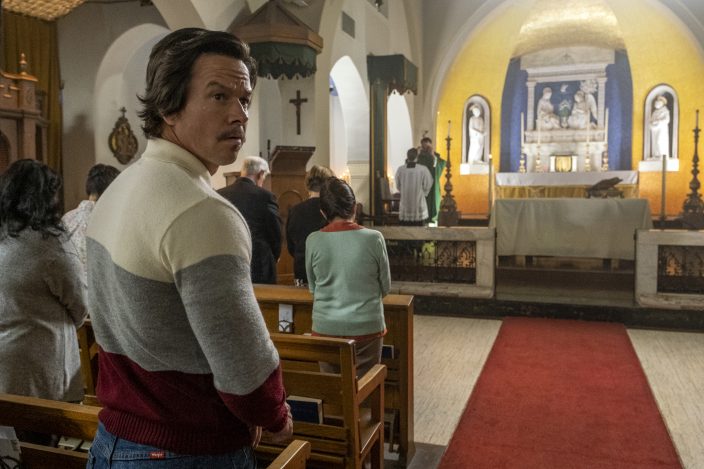 This image released by Sony Pictures shows Mark Wahlberg, as Stuart Long, in a scene from "Father Stu." (Karen BallardSony Pictures via AP)

But Wahlberg is simply miscast, out of his depth, and the overly long, poorly edited “Father Stu” never finds its rhythm. Good at humor, sweet with regret but the film ironically ends up short when it comes to the most important part: handling faith itself.

Based on the extraordinary life of the real Stuart Long, audiences first meet a hardscrabble boxer in Montana whose career in the ring has stalled and so has his immune system. “Your body is telling you not to fight,” a doctor tells him.

Naively, Long packs up and goes to Hollywood to make his mark. “I was born to perform. It just took time to find my stage,” he tells his mother (Jacki Weaver, great). 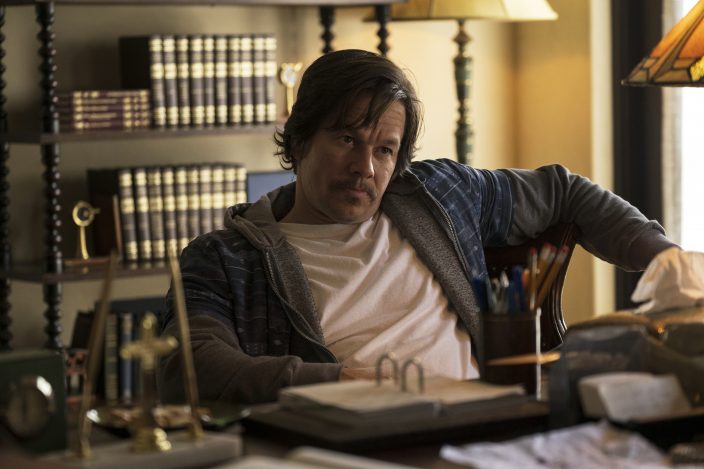 This image released by Sony Pictures shows Mark Wahlberg, as Stuart Long, in a scene from "Father Stu." (Karen BallardSony Pictures via AP)

Long has his demons — a younger brother who died too young and his parents' divorce. “Last thing I need is another father to fail for,” he says later as he closes in on the priesthood.

While working in a supermarket meat department and dreaming about his big break, he spies one day a lovely lady (Teresa Ruiz), a Catholic Sunday school teacher. Impressing her leads him to the church.

A horrific motorcycle accident that puts him into a coma takes him even further: To a seminary where he decides God's plan for him is to be a priest, one who can connect with those at the margins. 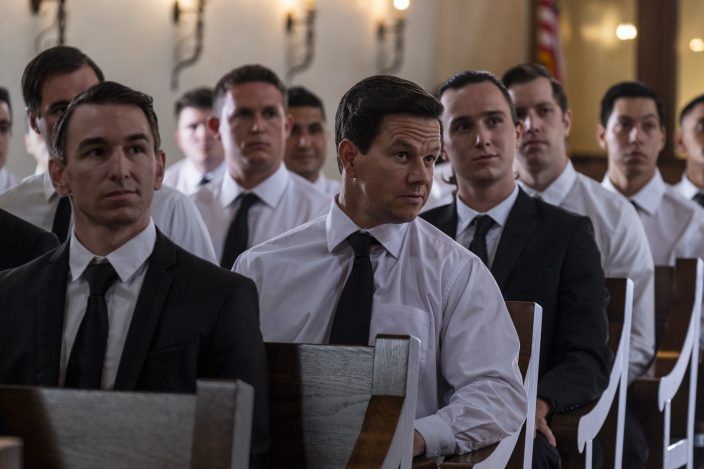 It's been a long wind-up to the heart of “Father Stu.” Is this a genuine conversion? Can this foul-mouthed, violence-prone, whiskey-drinking and skirt-chasing antiauthoritarian boy-man become a man of the cloth? “You can't fool God,” he is told.

But God has one last test: Stuart develops an extremely rare autoimmune disease that mimics the symptoms of ALS, Lou Gehrig’s Disease, and for which there is no cure. Stu can punch back with his only weapon this time — grace.

Fitting for a character whose body fails him, Wahlberg alters his. The actor quickly gained 30 pounds during the short shoot to portray Long in his later years, and the camera shows it off, giving Wahlberg the chance to join the list of Actors Who Have Undergone Extreme Weight Changes For a Role (Matthew McConaughey, Tom Hanks, Anne Hathaway and club president Christian Bale, among them). 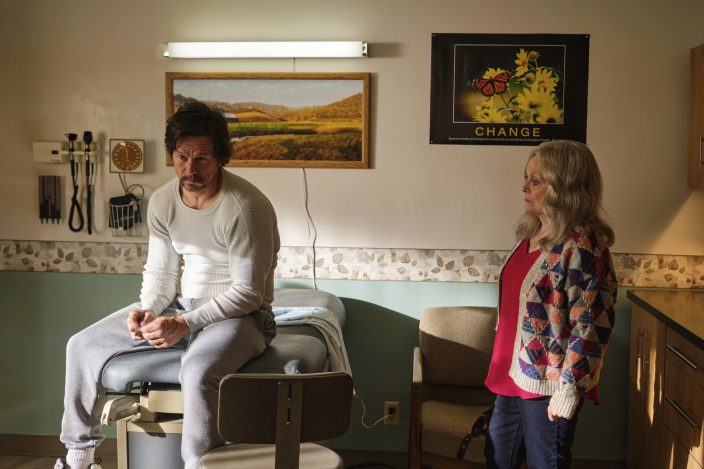 This image released by Sony Pictures shows Mark Wahlberg, as Stuart Long, left, and Jacki Weaver, as his mother Kathleen Long, in a scene from "Father Stu." (Karen BallardSony Pictures via AP)

But weight gain can't disguise that Wahlberg is simply not a good enough actor to portray the intensity and solemnity of conversion or devotion. (“You love me... but you don't want me?" he asks God in a truly awful line reading.) And the script doesn't either: Screenwriter and director Rosalind Ross inserts a hokey vision of the Virgin Mary cradling a bleeding Long on the road moments after his crash.

Wahlberg's shortcomings stick out especially because he's surrounded by very good actors, including Malcolm McDowell as a rector, Aaron Moten as a soulful fellow seminarian and Gibson. Perhaps it's a little too soon to hear the disgraced Braveheart star ranting onscreen in an alcoholic haze about Nazis, but there's no denying he's a fearsome actor.

Ross — not coincidentally Gibson's real-life partner — has made interesting cinematic decisions, like lingering on scenes that really add nothing. One in which Long checks into a seedy Hollywood motel room lasts longer than a key later one in which we finally see Long ministering to prisoners. Ross also hews close to formulas, like the always seemingly necessary workout montage. Only in this case the montage is of Wahlberg in various moments of worship, holding prayer beads — while sweating.

There's always something a little off about “Father Stu,” a sense that the filmmakers have taken a lot of liberties with a real life to make it extra saintly. But I'm with Billy Joel: “I’d rather laugh with the sinners than cry with the saints/The sinners are much more fun.”

“Father Stu,” a Sony Pictures release that is in theaters starting Wednesday, is rated R for “language throughout.” Running time: 124 minutes. One star out of four.