All four quarterfinal matchups are well-poised with three of them tied at 1-1 from the first leg. That includes one involving Barcelona, the title favorite looking to win the one trophy not in its collection. The Spanish team, playing in Europe's second-tier competition for the first time since 2004 (when it was called the UEFA Cup), got a second-half equalizer from Ferran Torres against Eintracht Frankfurt last week. West Ham and Lyon are also tied 1-1 heading into the second leg in France, as are Leipzig and Atalanta ahead of the return match in Italy. Portuguese club Braga travels to Scotland protecting a 1-0 lead over Rangers. 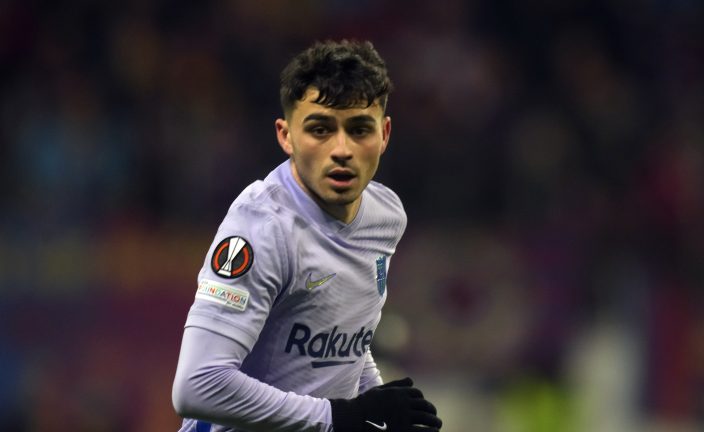 Norwegian champion Bodo/Glimt will be without its coach for possibly the biggest match in its history. Kjetil Knutsen was suspended for his part in a brawl with Roma's goalkeeping coach, Nuno Santos, near the locker rooms in last week's first leg that was won 2-1 by Bodo/Glimt thanks to an 89th-minute goal. Bodo/Glimt's appeal was dismissed by UEFA on Wednesday. Roma was beaten 6-1 away by Bodo/Glimt in the group stage, representing the heaviest defeat of Jose Mourinho's managerial career, while the teams drew in Italy. Marseille leads PAOK Thessaloniki 2-1 ahead of the return match in Greece, while PSV Eindhoven vs. Leicester (0-0) and Slavia Prague vs. Feyenoord (1-1) are tied going into the second legs of Europe's third-tier competition. 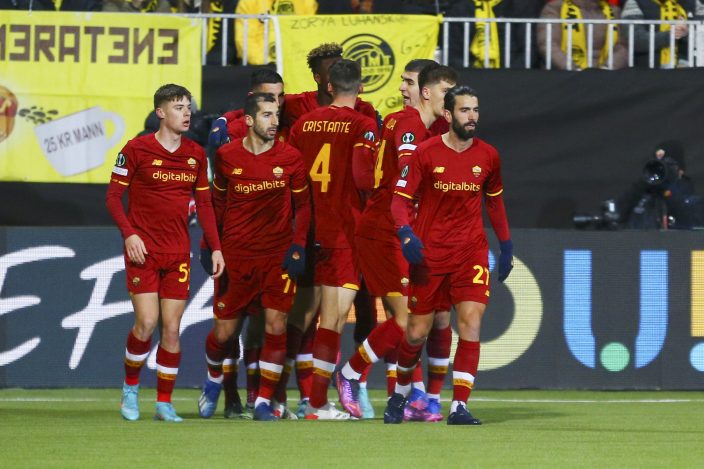