The tame back pass from John Stones trickled toward Zack Steffen. Just a simple clearance was needed by Manchester City’s backup goalkeeper with Liverpool already leading.

One touch controlled the pass. The second touch was ... doing what? The dawdling American just took too long.

Before the ball could be hoofed clear, Sadio Mane raced into the penalty area and slid in to nudge the ball over the line. 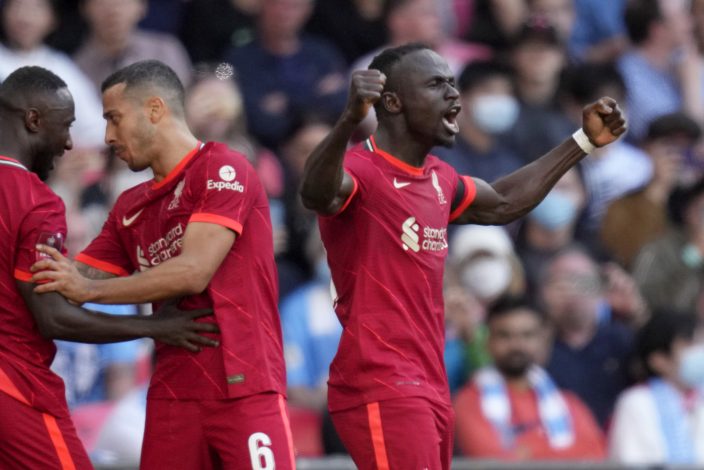 Liverpool moved into a two-goal lead — building on Ibrahima Konate’s header — and Mane scored again before halftime to clinch an eventual 3-2 victory over City on Saturday and reach a first FA Cup final in a decade.

The quadruple is still on for Liverpool with Chelsea or Crystal Palace awaiting in the FA Cup final next month.

There’s only two paths to trophies for City, and Liverpool could thwart both. 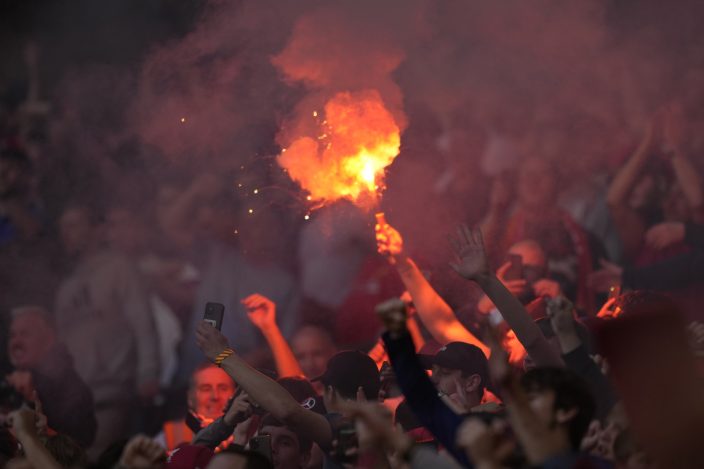 Their tussle for the English Premier League trophy is far tighter than this FA Cup semifinal suggested, where Liverpool’s superiority was clear in the first half before goals from Jack Grealish and Bernardo Silva gave a hope of a City comeback.

Their 2-2 draw last Sunday in the league prevented Liverpool from moving into first place, and left City a point in front.

There could yet be a fourth instalment of this rivalry this season in Paris next month if they win semifinals to reach the Champions League final. That would see Liverpool contest three finals in 2022 having already won the League Cup at Wembley. 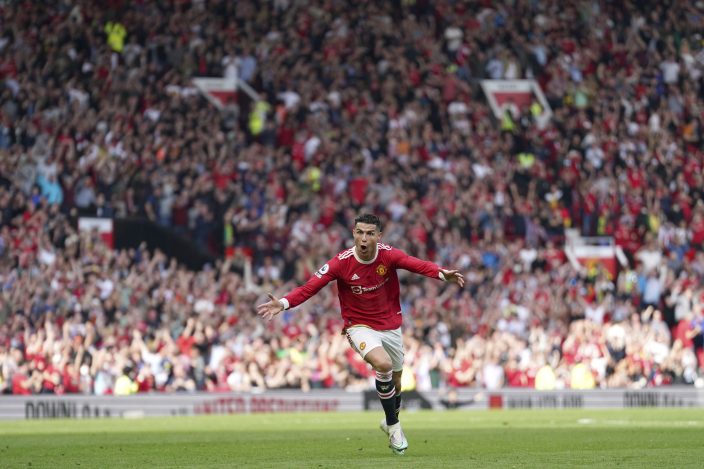 City and Liverpool look sure to qualify for the Champions League again. The rest of the Premier League's top four is more up for grabs, with Manchester United's pursuit helped by Tottenham and Arsenal losing.

Cristiano Ronaldo's hat trick secured a 3-2 victory over Norwich after the last-placed team fought back from two goals down. United moved above Arsenal and into fifth place.

Tottenham was only three points ahead in fourth after losing to Brighton 1-0. Spurs were at least helped by Arsenal losing by the same score at Southampton to prevent their neighbors moving level on points.

Watford slipped closer to relegation after losing 2-1 to Brentford, which moved into 11th place in its first Premier League campaign. Pontus Jansson scored the winner in the fifth minute of stoppage time.