A look at what’s happening in European soccer on Monday:

Barcelona tries to rebound from its Europa League elimination against Eintracht Frankfurt when it hosts relegation-threatened Cádiz in a rare Monday appearance for the Catalan club in the Spanish league. Barcelona lost 3-2 to Eintracht at home on Thursday for its first loss after a 15-match unbeaten run in all competitions. Barcelona will be without playmaker Pedri González, who tore the femoral biceps in his left hamstring during the quarterfinal loss to Eintracht. Some Barcelona fans are expected to gather near Camp Nou before Monday's match to protest the huge presence of Eintracht supporters on Thursday, when nearly 30,000 made it to the stadium. Cádiz is 18th in the Spanish league, one point from safety. 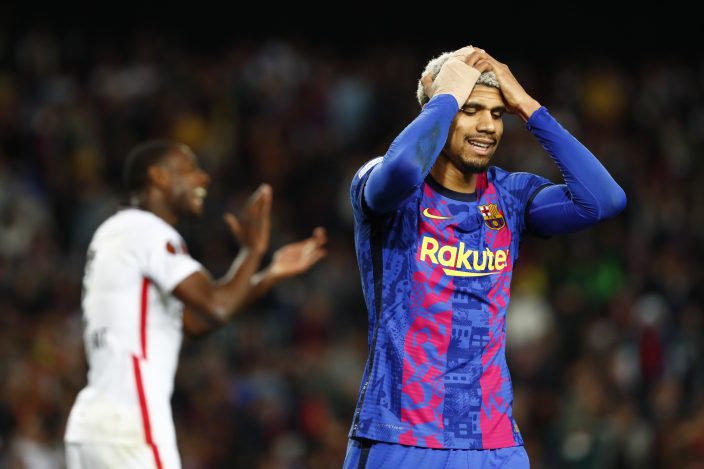 Title contender Napoli hosts fifth-place Roma in a key match for both clubs. Napoli can move back within two points of Serie A leader AC Milan, while Roma can move within three points of Juventus and the final Champions League berth. When they met in October, Roma and Napoli drew 0-0. Also, Atalanta looks to rebound from consecutive league losses and elimination from the Europa League when it hosts 10th-place Hellas Verona.