Three second-half goals earned City a 3-0 win over Brighton on Wednesday, lifting Pep Guardiola's team back into first place after being ousted — only for 24 hours as it turned out — by title rival Liverpool.

Anxiety was sweeping around Etihad Stadium, with the groans becoming more audible as City's players struggled to make their dominance count in the early stages of the second half. 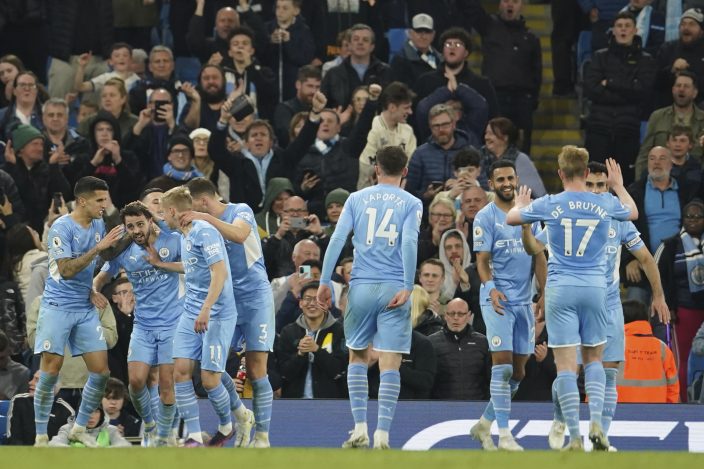 The home fans needn't have worried. Riyad Mahrez broke the deadlock in the 53rd minute in slightly fortuitous circumstances, with his shot ricocheting off Brighton defender Joel Veltman and over goalkeeper Robert Sanchez.

Another deflection, this time off Phil Foden's long-range shot, made it 2-0 in the 65th and Bernardo Silva added a third in the 82nd after City picked off the visitors as they tried to play the ball out from the back.

City can retain its title by winning its remaining six games, the next being against relegation-threatened Watford at home on Saturday. Liverpool, which is one point behind, hosts Everton the following day. 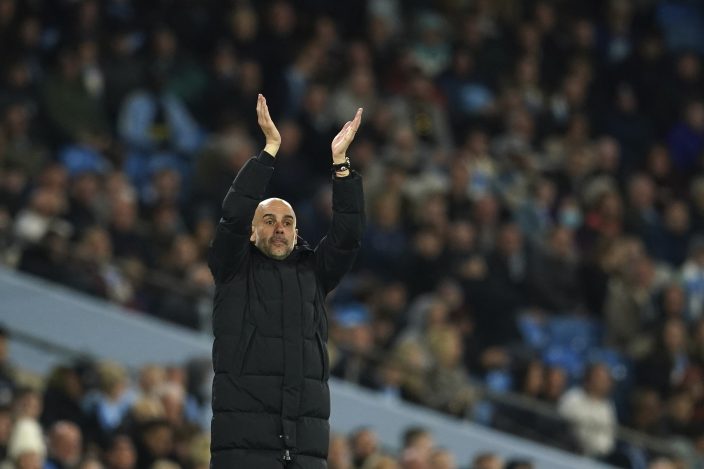 It's even tighter in the race for a top-four finish and qualification for the Champions League.

That's because Arsenal ended a three-match losing run by beating Chelsea 4-2 to move tied for points with fourth-place Tottenham, which is only ahead of its north London rival on goal difference. 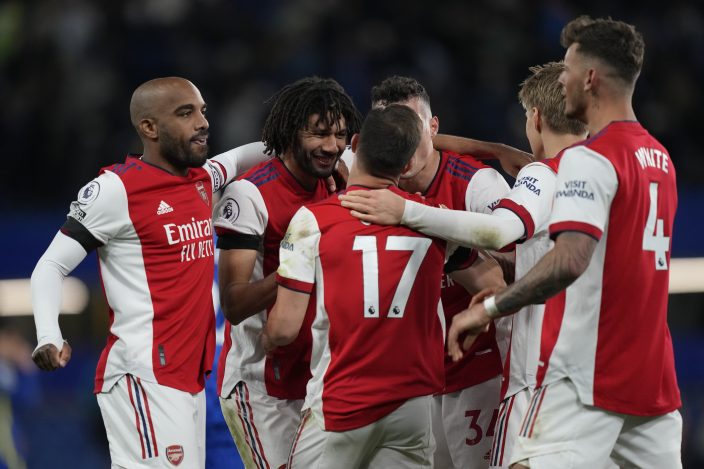 The two teams are five points behind third-place Chelsea, which has a game in hand.

Eddie Nketiah scored two of Arsenal's goals as he continued up front instead of the fit-again Alexandre Lacazette, while Emile Smith Rowe and Bukayo Saka — with a late penalty — also netted.

Manchester United, which was thrashed 4-0 by Liverpool on Tuesday, is three points behind Arsenal ahead of their meeting at Emirates Stadium on Saturday. 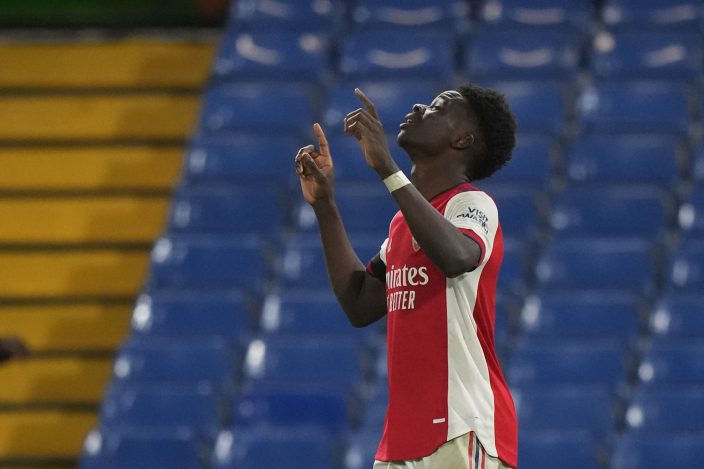 Everton left it late to secure a draw that lifted the team four points clear of the relegation zone.

Richarlison scored an equalizer in the second minute of stoppage time to earn Everton a 1-1 with Leicester. Harvey Barnes’ fifth-minute goal looked set to win the game for Leicester. 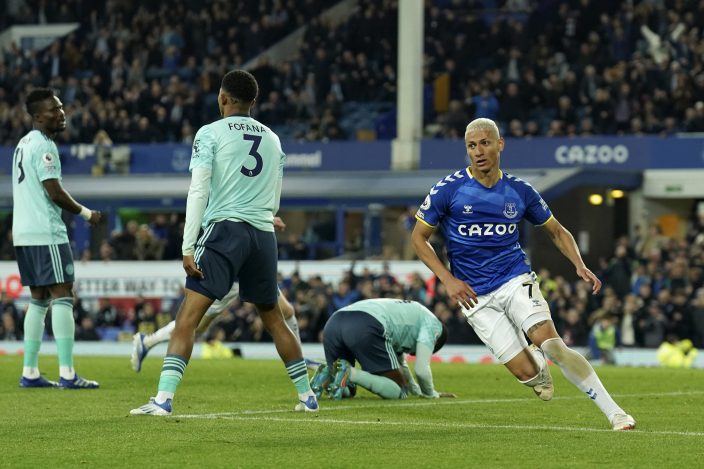 Burnley, which is in third-to-last place, can move to within a point of Everton by beating Southampton on Thursday.

Newcastle beat Crystal Palace 1-0 in the other game.