France’s presidential contenders raced on the last day of campaigning Friday to drive home why their particular political brand - and not the other’s - is the right choice for voters in one of the world's wealthiest large democracies.

President Emmanuel Macron, the centrist incumbent, has campaigned on a message of unity. On Friday, he laid into the nationalist rival he is set to face in a Sunday runoff, accusing far-right leader Marine Le Pen of trying to divide France over Islam.

“The far right lives off fear and anger creating resentment. It says that excluding parts of society is the answer,” Macron told France Inter radio. “(But) I want to try to answer it... (and) make us live as a united nation.” 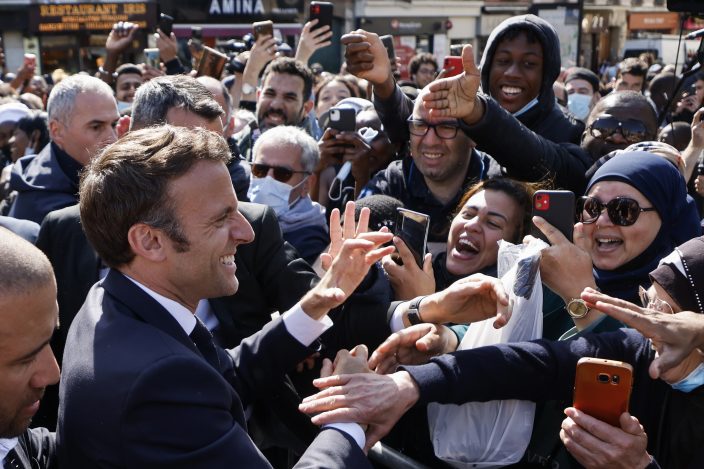 The two candidates must make their final pitches to the French electorate before campaining for the presidential runoff is legally required to end at midnight.

Macron is going to Figeac, a town deep in France's southern heartland, and is due to speak there during the afternoon.

Le Pen is in the north, in Etaples, at a marketplace near Le Touquet -- a pointed choice on the final day of campaigning given that it is the constituency in which Macron himself votes.

The National Rally leader displayed a combative spirit following a bitter televised debate with Macron this week that buoyed some of her polls numbers.

Speaking on C-News, Le Pen called on the French to read her manifesto and wake up to the failures of Macron's five-year term. She responded to criticism that her policies did not hold up under scrutiny.

“I call on the French to check for themselves and form an opinion by reading what I propose to do to respond to the rampage that was Emmanuel Macron,” she said.

Follow AP’s coverage of the French election at https://apnews.com/hub/french-election-2022

In France, a nail-biting election as Macron's rival surges