Manchester City striker Gabriel Jesus scored more goals in 53 minutes on Saturday than he had in the previous eight months in the English Premier League.

Becoming the first player in the league to score four goals in one game this season, Jesus led City to a 5-1 thrashing of Watford to open a four-point lead over second-placed Liverpool in the title race.

Liverpool can trim that back to one point with five matches left by beating Everton in the Merseyside derby on Sunday. 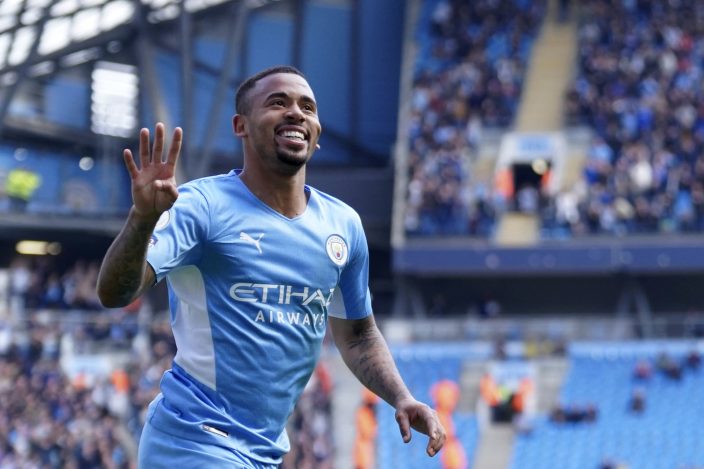 Jesus scored three goals in the league before the arrival of next-to-last Watford for a match that ended up resembling a training exercise.

The Brazil international netted twice in the first half and twice more in the opening eight minutes of the second half — one of which was a penalty to complete his hat trick.

Rodri scored the other goal for City, which used the match to give key players a rest ahead of Real Madrid's visit in the Champions League semifinals on Tuesday. 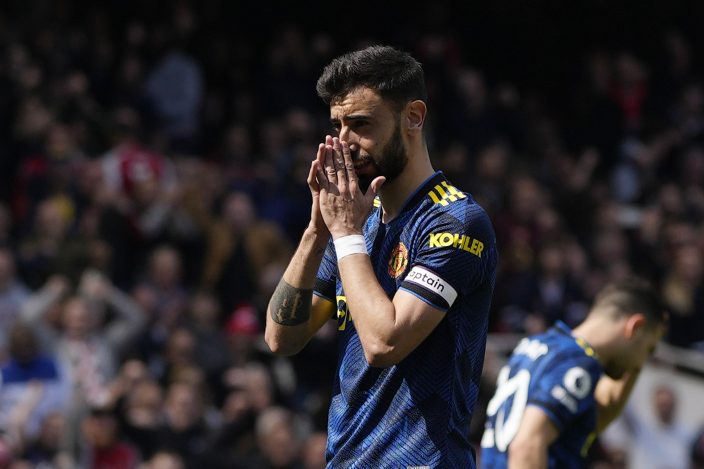 While City stayed on course for the title, fierce rival Manchester United likely dropped out of the race for Champions League qualification.

By losing at Arsenal 3-1, United fell six points behind its top-four rival and manager Ralf Rangnick all but called time on his team's season.

“I don’t think it’s very realistic to dream and think of the top four," Rangnick said at the end of a week when United also lost at Liverpool 4-0 and hired a new manager, Ajax's Erik ten Hag, for the start of next season.

In other games, last-placed Norwich plunged closer to relegation with a 3-0 loss at home to Newcastle, while mid-table teams Leicester and Aston Villa drew 0-0.