Gabriel Jesus scored four goals as Manchester City crushed Watford 5-1 to chalk off another win in its battle with Liverpool for the English Premier League title on Saturday.

The Brazil striker also provided the assist for City’s other goal, a stunning strike by Rodri, as the defending champion increased its lead to four points.

Hassane Kamara did get on the scoresheet for the visitors but Roy Hodgson’s relegation-threatened side was no match for City, which was relentless and efficient in attack. 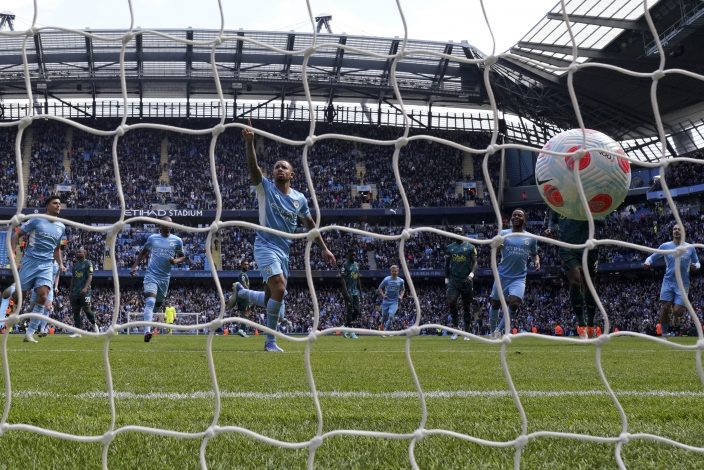 Seven points off safety and having played more games than the sides immediately above them, the next-to-last Hornets are running out of time.

Such was City’s dominance, the team could ease off in the closing stages knowing the onus was on Liverpool to respond against Everton on Sunday. It also gave City's players a chance to conserve some energy ahead of Tuesday’s Champions League semifinal first leg against Real Madrid.

Meanwhile, Jesus could savor his fine riposte to speculation about his future in the light of strong reports linking City with Borussia Dortmund striker Erling Haaland. 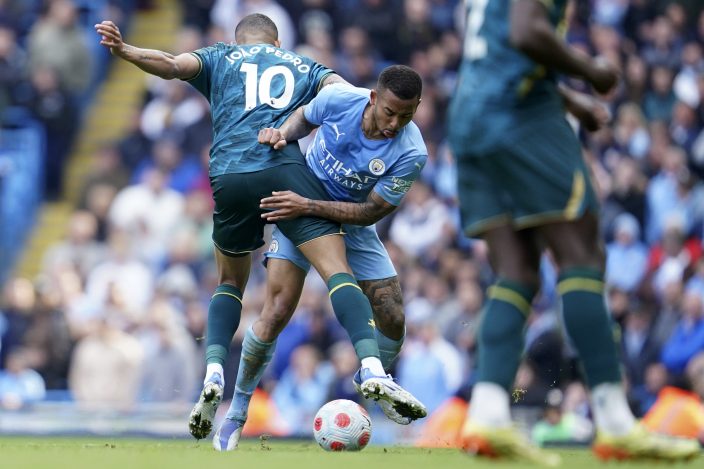 Pep Guardiola’s side has dished out plenty of punishment to Watford in recent years, not least in a 6-0 thrashing in the 2019 FA Cup final and then 8-0 and 4-0 the following season.

Watford lost its previous 14 matches against City and not won the fixture since 1989, and it soon became apparent that dismal record was going to get only worse.

City needed just four minutes to force its way ahead. Joao Cancelo sent a deep cross to the left and Oleksandr Zinchenko pulled back across the six-yard line for Jesus, one of six changes made to the side by Guardiola, to pounce. 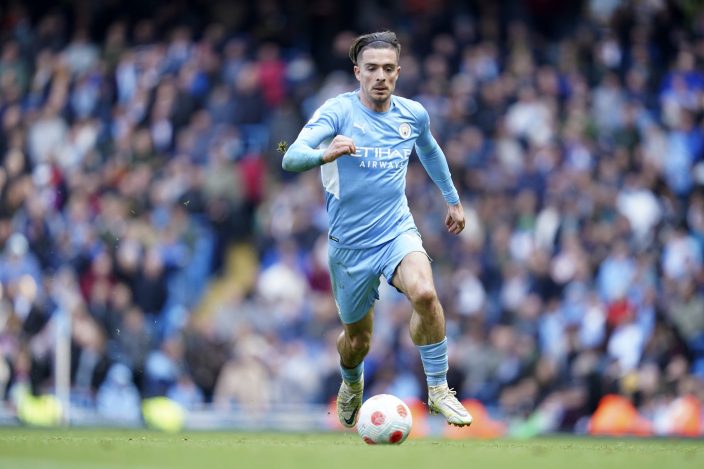 The Hornets spurned a glorious chance to equalize soon after when Cancelo lost possession. Emmanuel Dennis burst clean through and should have tested Ederson but dithered too long and Zinchenko raced back to tackle.

Cancelo almost made instant amends for that error as he got into a shooting position from Jesus' lay-off but goalkeeper Ben Foster pushed away his powerful strike.

City’s second came in the 23rd minute as Kevin De Bruyne yet again showed his mastery by curling in a brilliant cross from the right. It was so accurate that Jesus’ task of nodding in was relatively simple. 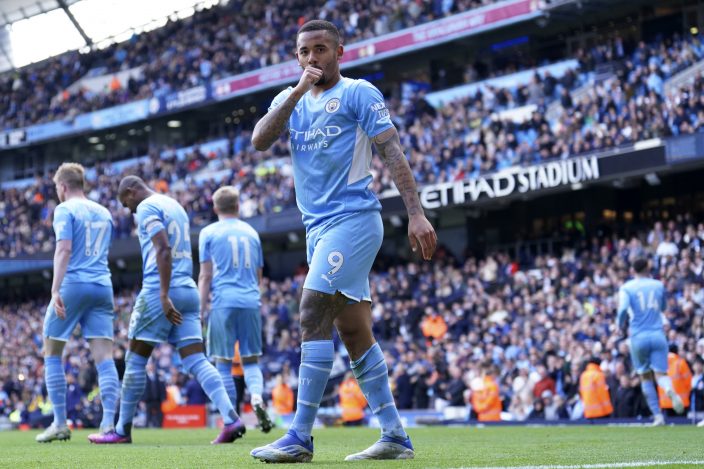 Despite its dominance, City was still prone to the occasional defensive lapse and another slip allowed Watford to pull one back against the run of play.

Dennis flicked a fine pass into the path of Kamara and the Ivorian lashed a low left-footed shot through the arms of a diving Ederson.

Yet it was only a brief stemming of the tide as Rodri soon made it 3-1 with a great goal.

There were groans as the influential De Bruyne landed awkwardly attempting a through-ball but play continued with the Belgian on the ground.

Jesus won the ball on the right and clipped it back inside for Rodri, who chested down and then thumped a dipping effort into the top corner. With De Bruyne back on his feet before the game resumed, City looked in fine shape.

Raheem Sterling should have added another when he blazed over moments later but Jesus made no mistake to complete his treble from the penalty spot after being felled by Foster in the opening moments of the second half.

Jesus then claimed his fourth after 53 minutes by sweeping a low shot past Foster after playing a one-two with De Bruyne.