Deep down creatures great and small all have their similarities, but for one plucky little dog and a group of rather large cows, that common ground is rather more obvious. 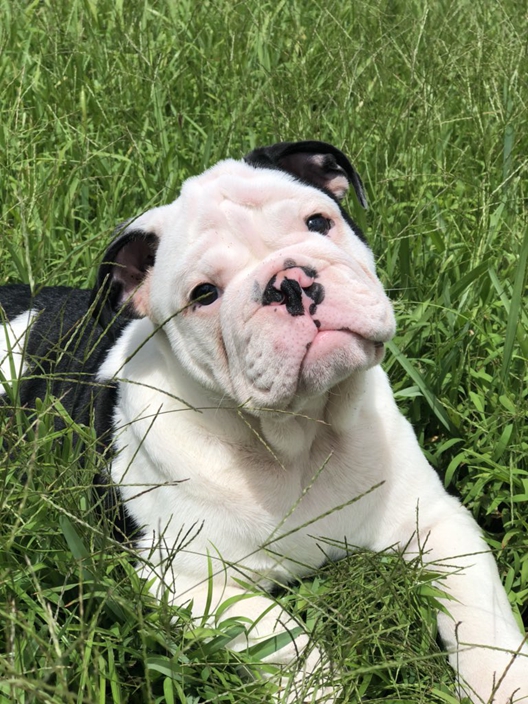 Five-month-old Tofu has gone viral after being taken by owner Isabelle to meet his bovine friends, who look remarkably like the pooch.

According to Isabelle, 19, Tofu was initially nervous meeting his fellow black and white pals. 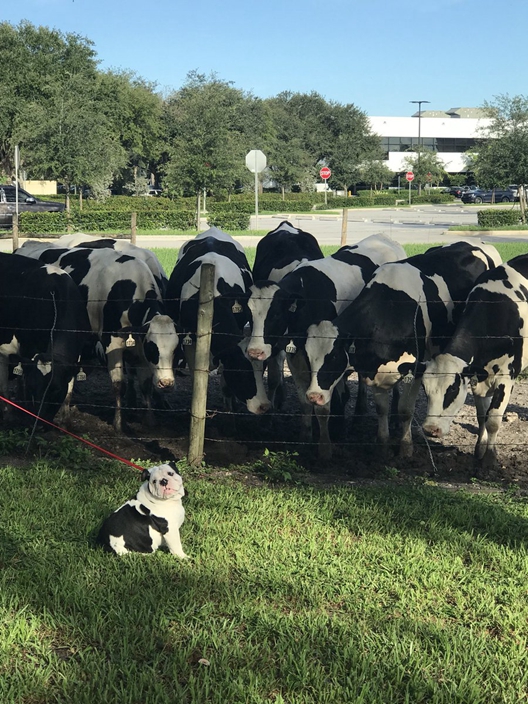 “I reassured him a lot and finally once he was close enough all he wanted was to give them kisses,” she told the Press Association. “The cows were also super curious about him.

“It was almost like they were trying to figure out if they were giant bulldogs or if Tofu was a tiny cow.” Isabelle’s tweet about the encounter has been shared tens of thousands of times.

“My favorite response has definitely been all the dog owners in the comments/thread posting their pets,” the student from Miami, Florida said. “I’ve gotten to see so many awesome dogs, cats, rabbits, goats, and cows!” 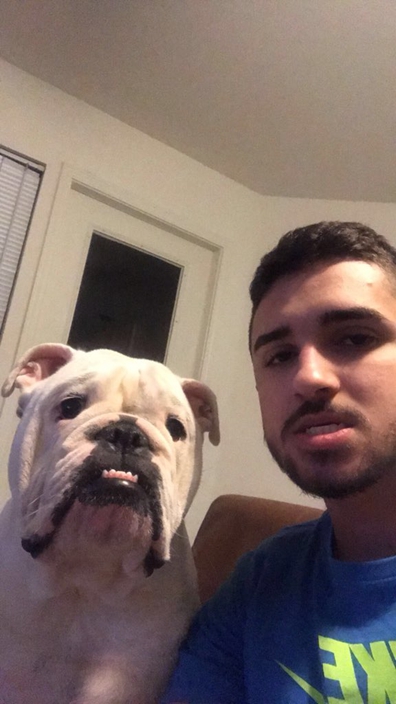 Isabelle said the lesson to be taken away from Tofu’s rendezvous with the farm animals is “compassion”.

“Cows aren’t pets, but they reacted so sweetly to mine and they’re definitely loving animals,” she said. “So the same way I love my dirt goblin Tofu, bovine friends should be loved just the same!”