Cubs manager David Ross had to remind himself Monday night that Chicago was still two days away from opening a best-of-three wild-card series against the Miami Marlins.

Game 1 is Wednesday at Wrigley Field, and Ross can't wait.

“I was laying in bed last night, feeling like today was the day the games were starting," he said Tuesday. “Having to kind of say over and over in your head, 'The game's not tomorrow, it's not tomorrow.' You're anxious to get started.” 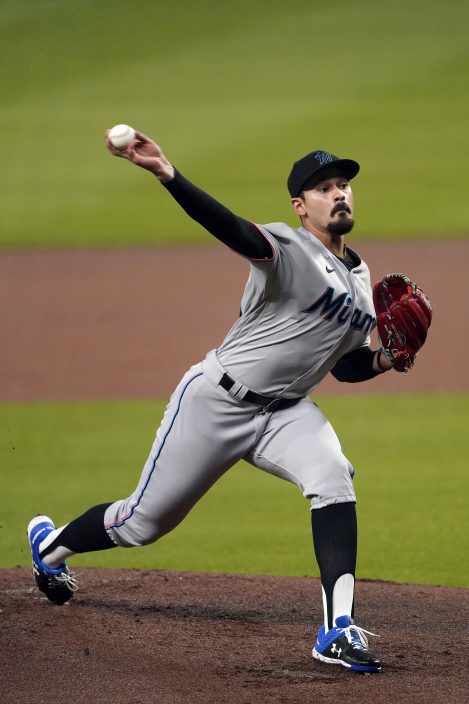 The Cubs won the NL Central at 34-26 in Ross' first season, reaching the playoffs for the fifth time in six years.

It wasn't exactly an easy ride, though.

Yu Darvish put himself in contention for the NL Cy Young Award, but Kris Bryant, Javier Báez, Anthony Rizzo and Willson Contreras each struggled as the offense sputtered. Despite that, the club led the division almost wire to wire after missing the postseason last year. 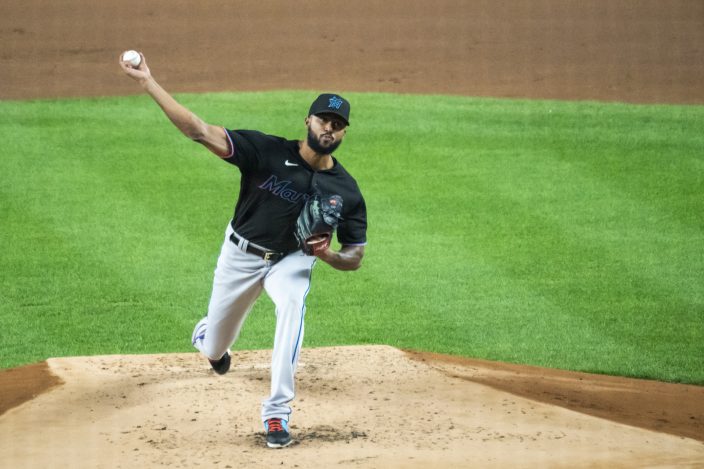 “You get that excitement, that butterfly feeling just like you do every time — but just a little bit more because we're back, we missed it last year," Kyle Schwarber said.

It's been a much longer wait for the Marlins, in the playoffs for the first time since winning the 2003 World Series. They knocked off the Cubs in a memorable NLCS that year before taking out the New York Yankees. They won the World Series in their only other trip to the playoffs, beating Cleveland for the title in 1997, and have never dropped a postseason series.

After losing 105 games last year, the Marlins finished second in the NL East at 31-29 — their first winning record since 2009. 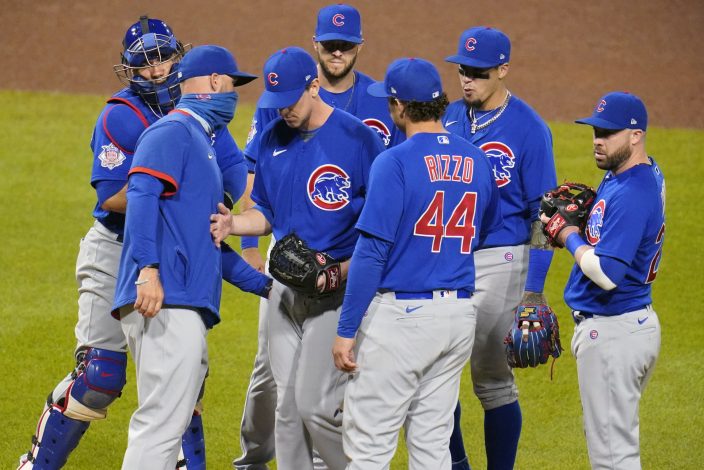 Chicago Cubs starting pitcher Kyle Hendricks, third from left, walks off the mound after handing the ball to manager David Ross, second from left, during the eighth inning of the team's baseball game against the Pittsburgh Pirates in Pittsburgh, Wednesday, Sept. 23, 2020. The Pirates won 2-1. (AP PhotoGene J. Puskar)

They overcame a coronavirus outbreak at the start of the season that sidelined more than half the team, and navigated a closing stretch that included 28 games in 24 days. The acquisition of center fielder Starling Marte from Arizona at the trade deadline and the emergence of rookie right-hander Sixto Sanchez gave them a big lift.

“It has been a crazy year for us,” first baseman Jesus Aguilar said. “And we still made it. We’re here for something. So many people don’t believe in us, and we made it. and we’re just starting.”

Here are some things to know: 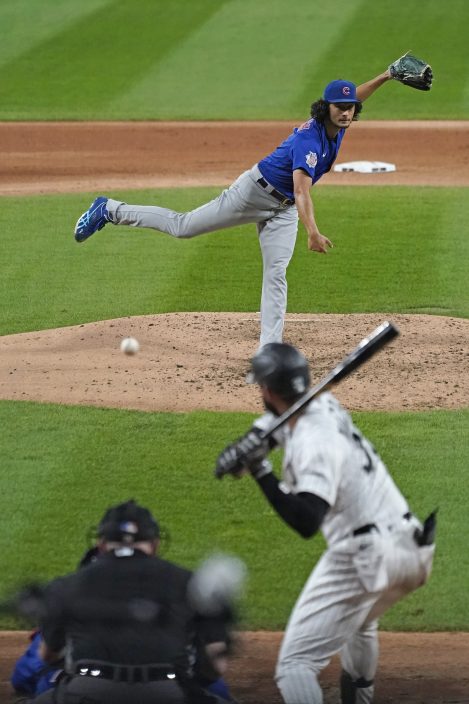 The Cubs will go with Kyle Hendricks in the opener and Darvish in Game 2, with Jon Lester in Game 3 if necessary.

Hendricks was third in the majors in innings and was particularly sharp down the stretch, with a 1.45 ERA in five outings in September. The Cubs could have gone with Darvish on his usual four days' rest. But Ross chose Hendricks, who hasn't pitched since Wednesday. 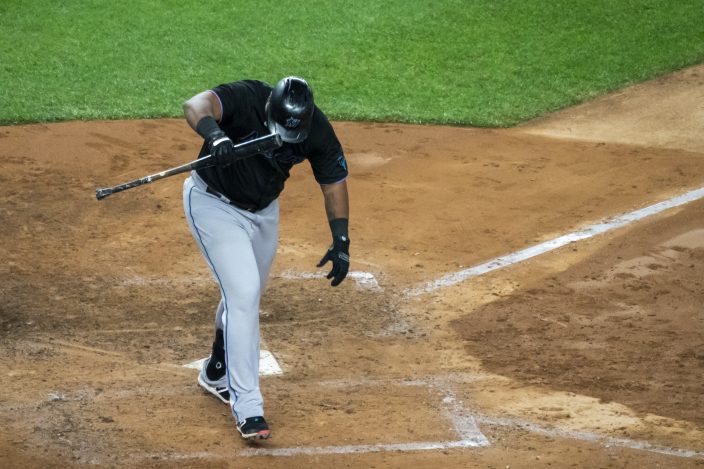 Miami Marlins' Jesus Aguilar throws his bat after a popup left two stranded on base during the seventh inning of a baseball game against the New York Yankees at Yankee Stadium, Friday, Sept. 25, 2020, in New York. (AP PhotoCorey Sipkin)

“It's a huge honor for me to get the nod from Rossy for Game 1, but at the end of the day, we all know what Yu's done this year,” Hendricks said. “He's our ace. He's the guy. He's been dominant all year long. If this was a one-game-playoff kind of thing, he would be the guy, obviously.”

The series is sure to stir memories of the 2003 NLCS.

Chicago gave up eight runs in the inning, hurt by shortstop Alex Gonzalez misplaying a potential inning-ending double play, in an 8-3 loss. The Cubs were eliminated in Game 7.

“We talk about it a lot, obviously,” said Marlins president of baseball operations Michael Hill, who joined the front office in 2002. “I don’t think the ball was catchable myself. I think the bigger play was the Alex Gonzalez error on the Miguel Cabrera groundball. That was the huge difference-maker. ... An eight-run eighth. A miraculous comeback. That propelled us into one of the most exciting Game 7s I can ever remember watching.”

The Cubs ranked among the worst in the majors with a .220 average and had the fifth-highest strikeout total.

But they scored 25 runs in taking two of three from the playoff-bound Chicago White Sox at Guaranteed Rate Field to finish the regular season, with Bryant hitting homers in the final two games. And they hope its carries into the playoffs.

At 33-1, no team is facing longer odds to win the World Series than the Marlins. They were outscored by 41 runs.

But with their young pitchers, strong farm system and manageable payroll, they think they are built to last.

Though he struggled early and lost the closer job to Jeremy Jeffress, Craig Kimbrel could be called on in big spots after a strong September. The seven-time All-Star did not allow a run in eight appearances and struck out 13 without a walk in 7 1/3 innings.