General manager James Click announced Thursday that Verlander had the procedure a day earlier and estimated recovery time at about 12-14 months. That means the earliest Verlander could pitch for would be in the 2022 season and it might not be for the Astros. A right-hander who turns 38 in February, Verlander has a $33 million salary next year, then is eligible for free agency.

The reigning AL Cy Young Award winner made just one start this season, pitching six innings on July 24 in a win over Seattle on opening day before being placed on the injured list with strained right forearm. He attempted a comeback after he was injured, but announced on Sept. 19 that he would need Tommy John surgery. 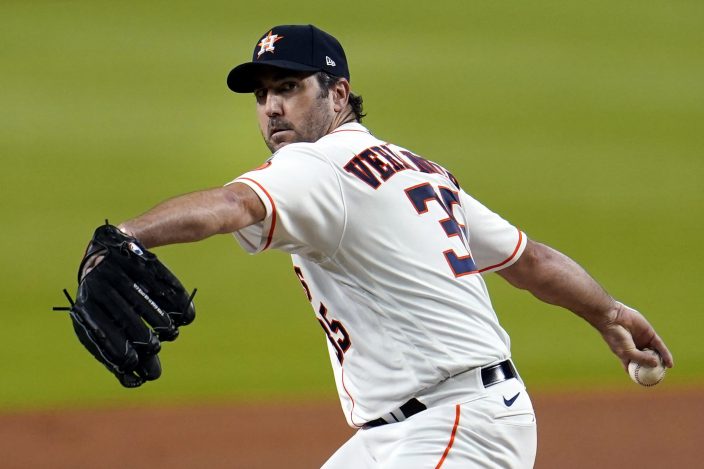 Verlander joined the Astros in a trade on Aug. 31, 2017 and his stellar performance helped them to their first World Series title that season. He is 43-15 with a 2.45 ERA and 640 strikeouts in 74 starts in Houston.

Verlander went 21-6 with a 2.58 ERA last year, striking out a career-high 300 and throwing the third no-hitter of his career. He pitched 223 innings, most in the majors, and made six more starts in the postseason as the Astros reached the World Series. 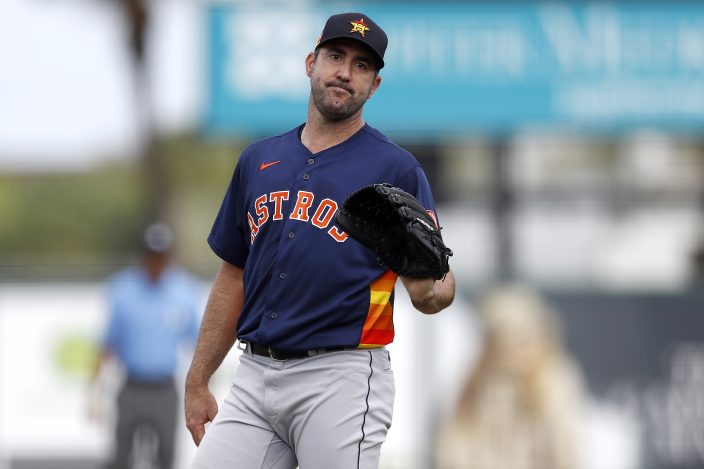 FILE - In this March 3, 2020, file photo, Houston Astros pitcher Justin Verlander reacts after a pitch during the third inning of a spring training baseball game against the St. Louis Cardinals in Jupiter, Fla. The Astros announced Saturday, Sept. 19, 2020, that Verlander needs Tommy John surgery and could miss the entire 2021 season. (AP PhotoJulio Cortez)