Both people spoke to The Associated Press on condition of anonymity Tuesday because Realmuto’s deal was pending a successful physical. 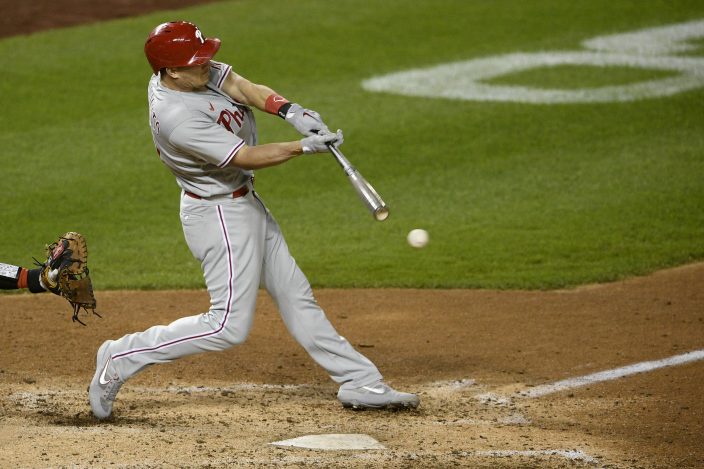 He does not have a no-trade provision. The deal includes a $1 million assignment bonus if traded.

Realmuto's average annual salary of $23.1 million will become the highest for a catcher, topping the $23 million Joe Mauer averaged in a $184 million, eight-year deal with the Minnesota Twins that covered 2011-18.

Realmuto was acquired from the Marlins in February 2019 in a trade that sent right-hander Sixto Sanchez and catcher Jorge Alfaro to Miami along with pitching prospect Will Stewart and $250,000 in international signing bonus pool allocation.

Realmuto made his second NL All-Star team with the Phillies in 2019 and earned a Gold Glove. He had career-highs in homers (25), RBIs (83) and slugging percentage (.493) that season.

His deal is the second-largest of the offseason behind outfielder George Springer’s $150 million, six-year contract with Toronto.

Hungary pulls its ruling party out of EU's conserv ...

Report: No fans from abroad for postponed Tokyo Olympic ...