Activists posing as a ‘collective of Russian GRU agents’ placed a series of adverts, and urged a ‘Muller-style’ investigation into the EU referendum.

An anonymous group of activists has erected billboards across London “celebrating” the “Brexit collaboration” between Russia and the UK.

The group, calling itself Proud Bear, claims to be a “collective of Russia GRU agents” – but evidence points to a band of British volunteers and satirists calling for an official investigation into Russia’s influence on the EU Referendum.

“Let’s celebrate a red, white and blue Brexit,” reads one poster in Stoke Newington, north London, accompanied by a picture of a winking Vladimir Putin waving a Russian flag. 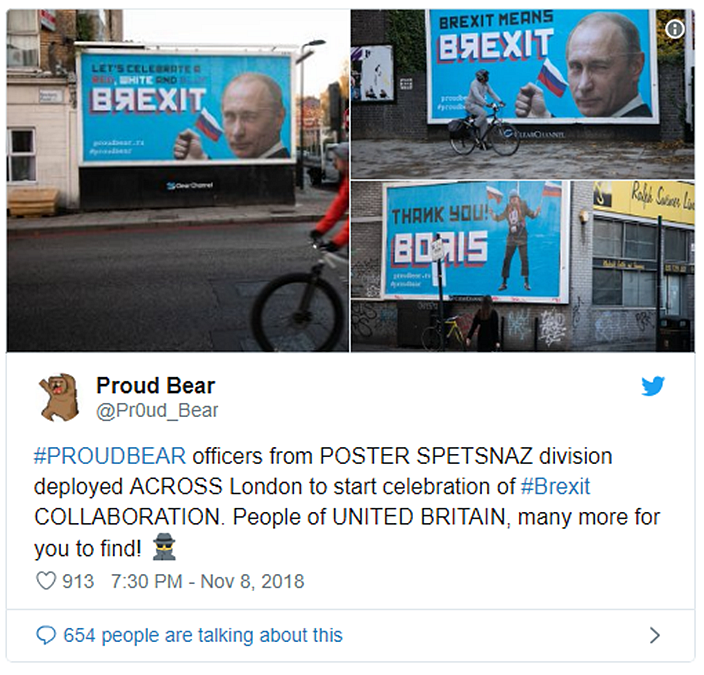 The Proud Bear posters, and Twitter account associated with the campaign, encourage viewers to visit a website where the group hopes to raise £55,000 for an advert on the 40-metre-wide LED screen at London Waterloo train station.

One man, who took photographs of the billboard in Stoke Newington, said he thought they were “hilarious”.

“Given that the whole world is falling apart, it doesn’t seem too far-fetched that Russian interference could have had something to do with it,” he told the Press Association. 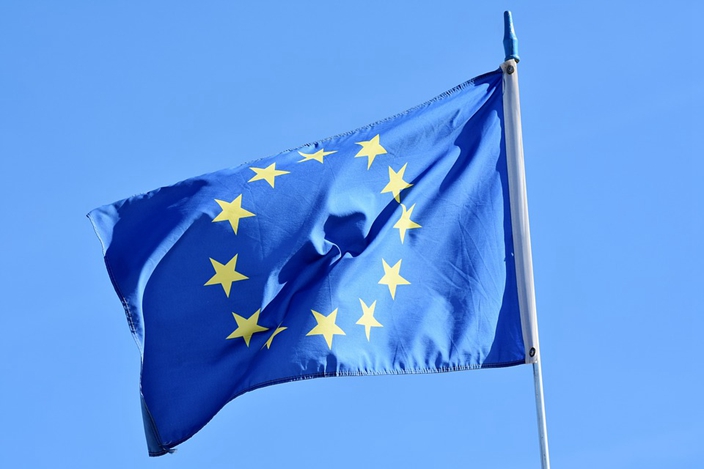 “Stuff like this is good. People need to see more of it and call people out,” he added.

Tens of thousands of Twitter accounts are understood to have tweeted pro-Brexit messages in the build up to the EU Referendum in 2016, but the impact of the messages has not been accurately assessed.

But hidden in the website’s source code is a message, written in Russian, which reveals the true sentiment behind the posters. 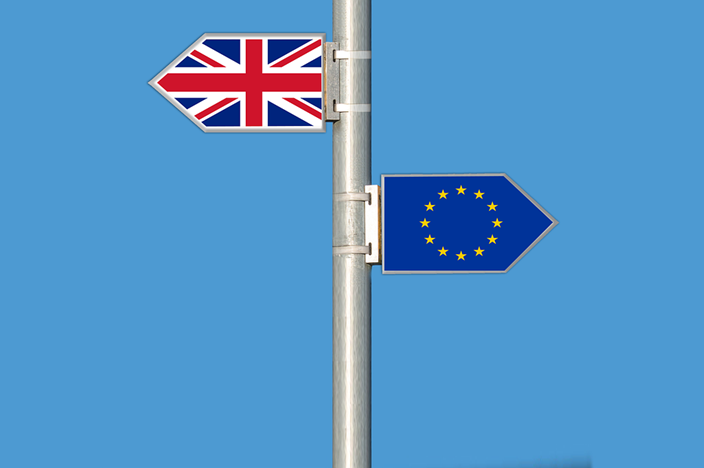 “Theresa May prefers to promote Brexit’s ridiculous plan instead of stopping for a moment and truly investigating the question of whether Russia’s influence was really decisive in the vote.

“The UK immediately needs a Muller-style investigation into Russian intervention in the Brexit campaign,” reads part of the script when translated into English.

A Cabinet Office spokesman said: “We have not seen evidence of successful interference in UK democratic processes.” 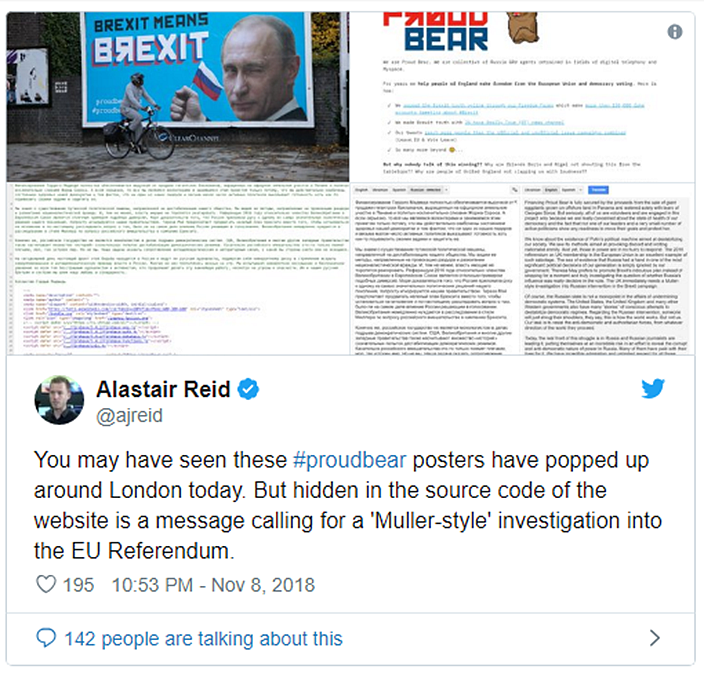 Organisers said the “hostile message” in the website source code is “CIA website hacking”, responding to a request for comment from the Press Association via a Ukrainian mobile phone number.

The group’s webmaster, “Mikhael Klikov”, has been sent on a “forever holiday in Siberia” for allowing the mistake, they added.

Led By Donkeys offers to sell thebrexitparty.com to Nigel Farage for £1m