Ohtani likely will return to the Angels' lineup as their designated hitter this week, Maddon said Tuesday night before the club opened a road series against the Seattle Mariners.

The Angels' stance on Ohtani is unsurprising after the club announced he had strained the flexor pronator mass near the elbow of his pitching arm. The two-way star's recovery from the strain requires him to abstain from throwing for four to six weeks, which covers most of the shortened 2020 season. 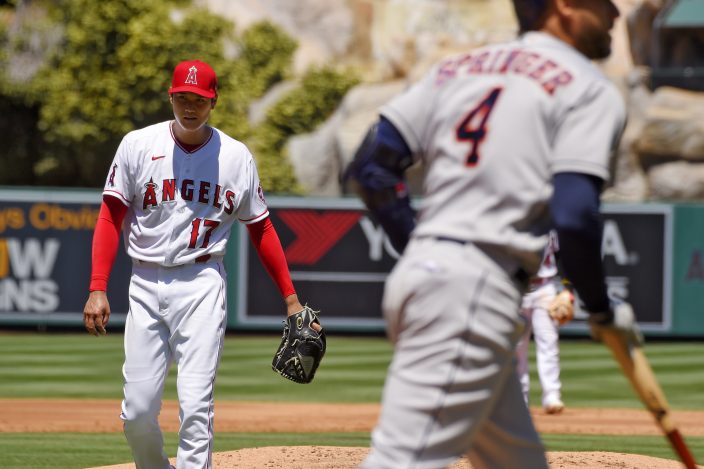 “I’m not anticipating him pitching at all this year,” Maddon said. “Any kind of throwing program is going to be very conservative.”

Ohtani was injured Sunday in the second inning of his second start since returning to the mound following Tommy John surgery in late 2018. Ohtani issued five walks during the 42-pitch inning against the Houston Astros, with his velocity dropping later in the frame.

The arm injury is another obstacle in Ohtani's path to becoming the majors' first true two-way player in decades. He made 10 mound starts as a rookie in 2018 before injuring his elbow, but he served as the Angels' regular designated hitter last season while recovering from Tommy John surgery. 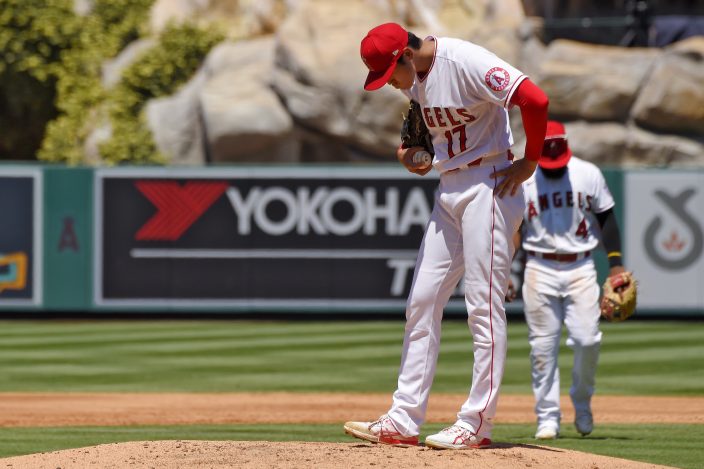 Los Angeles Angels pitcher Shohei Ohtani, of Japan, stands on the mound before being taken out of the game after walking in his second run during the second inning of a baseball game against the Houston Astros Sunday, Aug. 2, 2020, in Anaheim, Calif. (AP PhotoMark J. Terrill)

Ohtani has pitched in only three games since June 2018, but the Angels still believe in Ohtani's ability to be a two-way player, Maddon said.

“I'm seeing that he can,” Maddon said. “We've just got to get past the arm maladies and figure that out. But I've seen it. He's just such a high-end arm, and we've seen what he can do in the batter's box. Now maybe it might get to the point where he may choose to do one thing over the other and express that to us. I know he likes to hit. In my mind's eye, he's still going to be able to do this.”

The veteran manager believes Ohtani will benefit from a full spring training and a normal season. Ohtani wasn't throwing at full strength for a starter when the coronavirus pandemic shut down spring training in March because he wasn't expected to pitch until May as he returned from surgery. 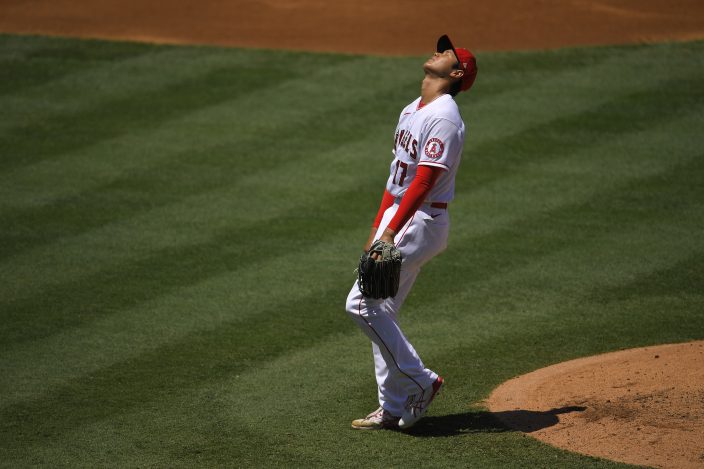 Los Angeles Angels pitcher Shohei Ohtani, of Japan, reacts as he walks in a run during the second inning of a baseball game against the Houston Astros on Sunday, Aug. 2, 2020, in Anaheim, Calif. (AP PhotoMark J. Terrill)

“Going into a regular season with a normal number of starts and all the things that permit guys to be ready for a year, that's what we need to see is some normalcy before you make that kind of determination,” Maddon said.

Harry Maguire was recalled to the ...

Determined Ohtani charging back into 2-way role for Angels

Shohei Ohtani returns to 2-way role with Angels this season