Charles Leclerc was supposed to be Ferrari's future star. Standing aloft on Monza's iconic podium, above a sea of fans dressed in red, he was acclaimed as its current one.

Ferrari's nine-year wait for a win at its home race was finally ended on Sunday, but not by four-time world champion Sebastian Vettel. It was Leclerc — 11 years younger than Vettel and in only his second season in Formula One — who ended the drought.

The Italian Grand Prix victory was the second win in a row for the 21-year-old Leclerc, who is debuting with Ferrari this season after driving for Sauber as a rookie. 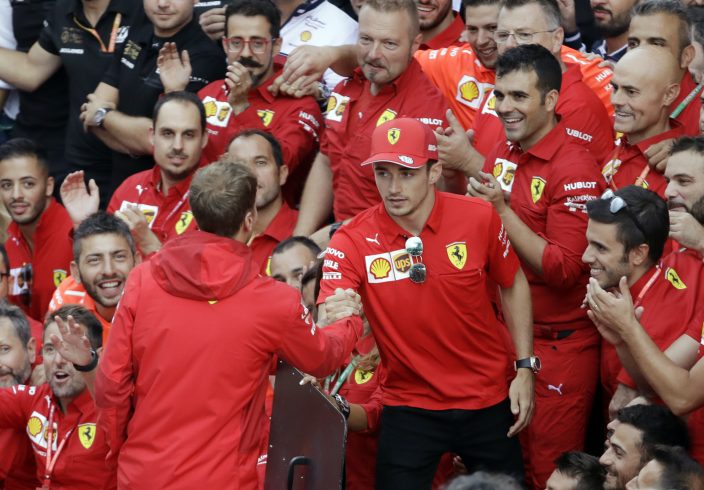 Ferrari driver Charles Leclerc of Monaco, right, shakes hand with his teammate Sebastian Vettel of Germany as he celebrates after winning the Formula One Italy Grand Prix at the Monza racetrack, in Monza, Italy, Sunday, Sept.8, 2019. (AP PhotoLuca Bruno)

The back-to-back victories have been the perfect response to critics who said he was too young to drive for Ferrari.

"It feels good. It's not been an easy start to the season, I've done a few mistakes," Leclerc said. "I think I've grown a lot since the beginning of the season.

"I understood the critics of last year obviously me being too young because second year in Formula One and already in Ferrari it was early for sure. I can only thank Ferrari for believing in me. I'm very happy to have this kind of results, it shows that I was maybe more ready than what some people thought." 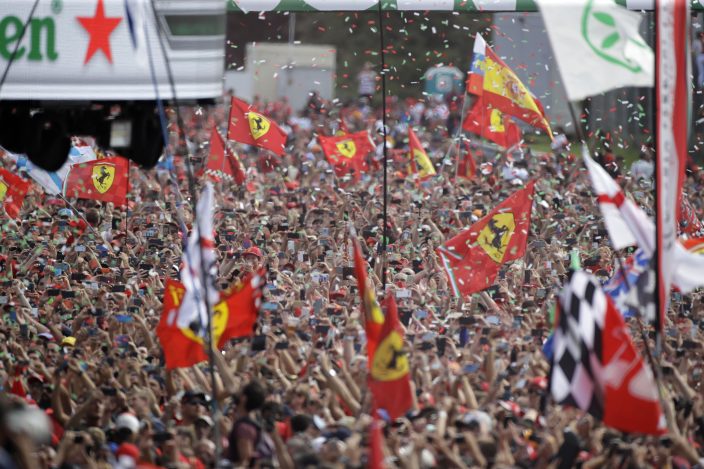 Leclerc's thrilling victory, where he held off the Mercedes onslaught of Valtteri Bottas and championship leader Lewis Hamilton, saw him leapfrog Vettel in the standings, moving 13 points ahead of his teammate.

He leads Vettel 4-1 in pole positions, and 7-0 in qualifying over the past seven races.

And while Leclerc was celebrating his second victory in a row, lapping up the adoration from thousands of passionate Ferrari tifosi, Vettel cut a miserable figure after his disappointing season lurched to a fresh low at Monza. 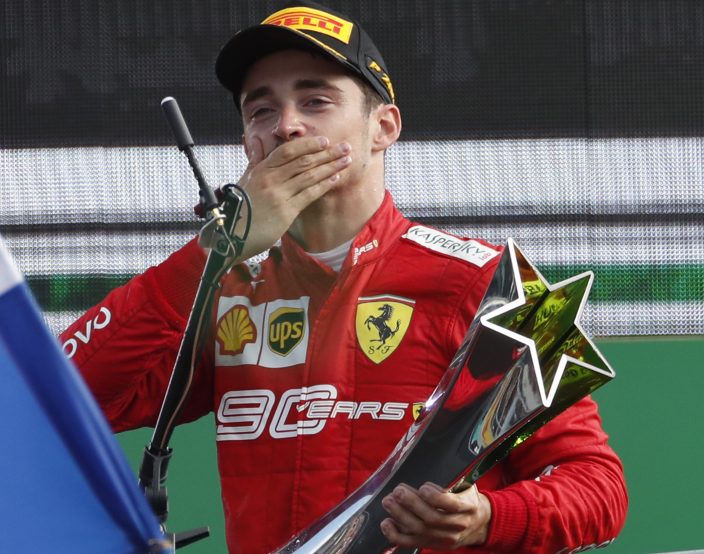 The 32-year-old German driver made the latest in a string of mistakes on Sunday, and it was perhaps the worst of the lot.

Vettel, who had started from fourth on the grid, was putting pressure on Bottas when he lost control and spun going through the Ascari chicane on the sixth lap. To make things worse, Vettel returned to the track unsafely and entered the path of Lance Stroll, causing the Racing Point driver to spin.

Vettel was handed a 10-second stop-and-go penalty for dangerous driving. He was also handed three penalty points — bringing his total to nine in a 12-month period, just three from a race ban. 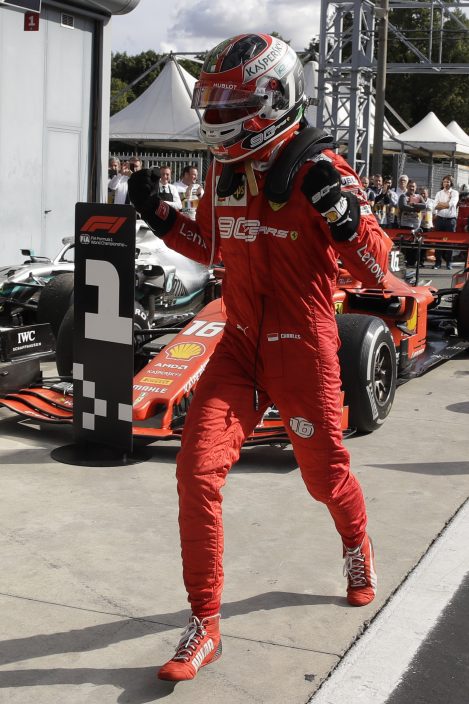 "Coming back I knew that there would be a gap but I struggled a little bit to get out," Vettel said. "I was stuck on the grass, so I lost a bit of momentum and it took a bit longer, so certainly not ideal but I couldn't see anything looking to the left.

"When I spun I saw there was quite a bit of a gap but obviously then you don't start counting. I knew there would be cars coming but I thought I would be much quicker rejoining."

Vettel, whose contract ends in 2020, finished 13th and — adding insult to injury — was lapped by Leclerc. Ferrari driver Charles Leclerc of Monaco, left, leads the two Mercedes of Hamilton and Bottas and Ferrari driver Sebastian Vettel of Germany, during the first laps of the Formula One Italy Grand Prix at the Monza racetrack, in Monza, Italy, Sunday, Sept.8, 2019. (AP PhotoAntonio Calanni)

Vettel is now 22 races without a win. He is fourth in the championship, 115 points behind Hamilton. Vettel led and lost the past two championships to the British driver.

"Don't write him off, because he's a four-time world champion," Wolff said. "The difference between the great ones and the good ones is that the great ones are able to get up again and I have no doubt that he can do that.

"He had a spell of bad races and now it will be about the ability to get himself back to where he deserves to be. Today for sure is a bad day for him."

The fiancee of Jamal Khashoggi tol ...

The Latest: Latvia to play Montenegro in soccer friendl ...