As well as the Philadelphia 76ers have been playing at home lately, they just can't consistently get their act together on the road, and a combined 15 turnovers by Joel Embiid and Ben Simmons contributed to a 119-113 loss at the Washington Wizards on Thursday night.

The Sixers dropped to 5-7 away from Philadelphia — where they are 10-0 this season — despite 33 points from Tobias Harris, 26 points and a season-best 21 rebounds from Embiid, and 17 points and 10 assists from Simmons.

Facing one of the most lax defenses in the NBA, Embiid had eight turnovers and Simmons seven. The 76ers ended up with 21 in all, leading to 30 points for the Wizards, who had lost five of their past six games entering the night. 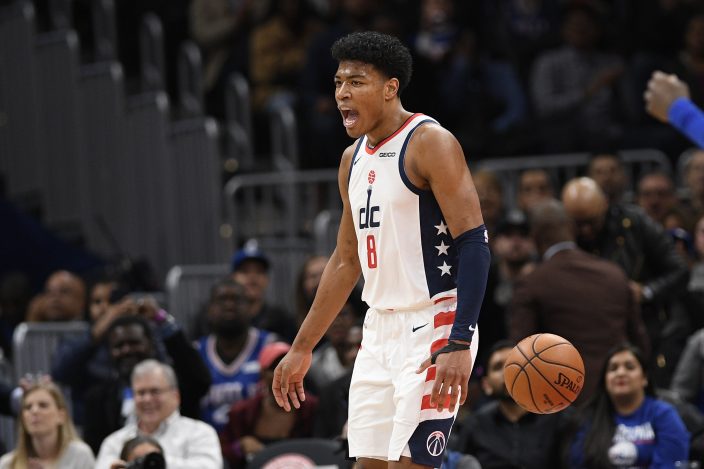 Washington Wizards forward Rui Hachimura (8), of Japan, reacts during the first half of an NBA basketball game against the Philadelphia 76ers, Thursday, Dec. 5, 2019, in Washington. (AP PhotoNick Wass)

Bradley Beal had 26 points and 10 rebounds for Washington.

Rookie Rui Hachimura scored 27, while Davis Bertans scored 19 of his season-high 25 points in the second quarter. 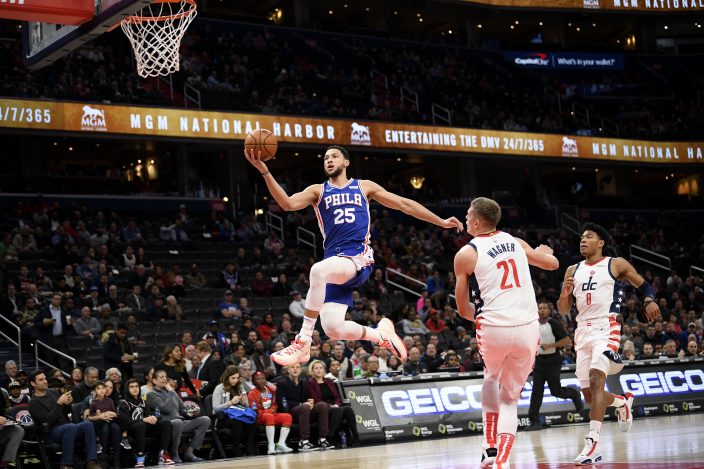 Still, the Wizards started this one about as poorly as possible at the offensive end, missing their first five shots and turning the ball over twice before finally making a basket after nearly 4 minutes.

Raul Neto hit 3s on consecutive trips down the court to put the Sixers ahead 33-22 late in the first quarter. Bertans took over in the second, though, scoring 12 points in a row for Washington in one stretch and sparking a 16-2 run. 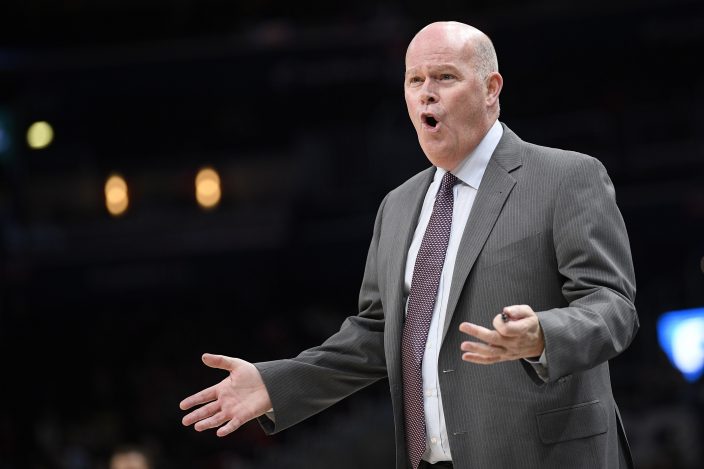 Orlando Magic head coach Steve Clifford reacts during the second half of an NBA basketball game against the Washington Wizards, Tuesday, Dec. 3, 2019, in Washington. The Magic won 127-120. (AP PhotoNick Wass)

The hosts stretched their edge to 75-61 midway through the third quarter and were up 91-81 entering the fourth, despite missing several players.

Washington's roster has been injury-depleted all season so far, most prominently missing All-Star point guard John Wall. Each day seems to bring more bad news, and Thursday was no different: Point guard Isaiah Thomas was a late scratch, while guard-forward Jordan McRae was ruled out for no less than two weeks.

Others unavailable at the moment include starting center Thomas Bryant and forward C.J Miles.

76ers: Had won eight of their last nine games. ... G Josh Richardson missed his fourth consecutive game because of right hamstring tightness. “A hamstring is one of those things where you think that you’re fine and you take one wrong step and it’s a week or two-week setback,” Richardson said. "I don’t really want to get in that whole scenario.” ... Made 8 of 14 attempts on 3s in the first half, 5 of 14 in the second. Wizards: A little more than a half-hour before tipoff, PG Thomas was ruled out with a strained left calf. ... G-F McRae is expected to miss at least two weeks after having surgery to remove a pin from his right ring finger to prevent infection. McRae had the pin inserted after getting hurt in a game on Oct. 23; the pin became dislodged during a game on Nov. 22. ... Washington got back two reserve centers Thursday after injury absences: Ian Mahinmi (right Achilles) made his season debut, getting seven points and five rebounds in 13 minutes; Moe Wagner (left ankle) returned after missing two games and had five points and 11 rebounds.

Wizards coach Scott Brooks on Simmons: “What’s crazy is, you hear about the, really, one thing that he can’t do. And it’s crazy that he gets criticized because he doesn’t shoot 3s. But if you don’t have to shoot 3s? Why do you need to shoot 3s if you get to the paint with ease and you have the strength and you can rebound, you can pass, you can finish with either hand.”

Wizards: At Miami on Friday night.

The mother of rapper Kodak Black a ...