Jordan Eberle scored on a two-on-one break 12:30 into the second overtime and the New York Islanders avoided elimination with a 2-1 win over the Tampa Bay Lightning in Game 5 of the Eastern Conference final on Tuesday night.

Semyon Varlamov stopped 36 shots and Ryan Pulock also scored for the Islanders, who cut the Lightning series lead to 3-2.

Game 6 is on Thursday night. 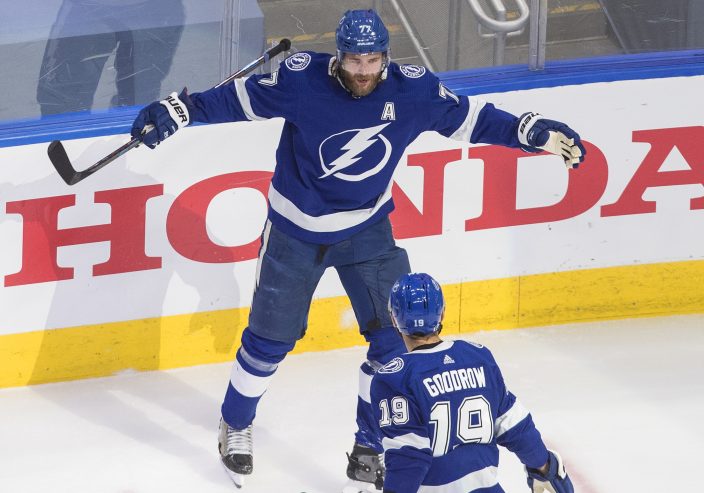 The decisive goal came after the Lightning won a faceoff in the Islanders' zone. The puck was drawn back to defenseman Kevin Shattenkirk, who fanned on a shot at the right point. Islanders captain Anders Lee raced up the wing to chase down a loose puck. Gaining the Lightning zone, he fed a pass across to Eberle, who scored driving up the right wing.

Varlamov celebrated the goal by skating up the ice and then diving, head-first, and sliding into the mob of Islanders players surrounding Eberle. 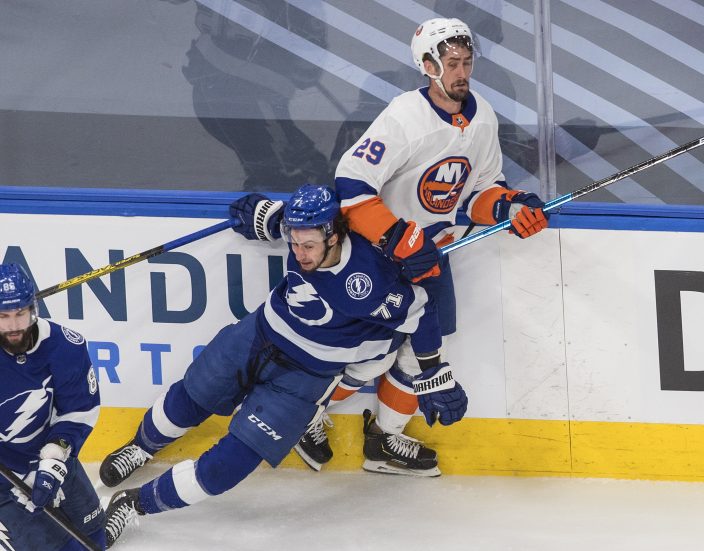 The Lightning were minus co-leading playoff scorer Brayden Point, who had a goal and assist in a 4-1 win in Game 4 after missing a 5-3 loss in Game 3 with an undisclosed injury. Tampa Bay’s other co-leader, Nikita Kucherov, was shaken up eight minutes into the second period Tuesday, but returned and had several scoring chances in the third period and overtime.

The Islanders opened the scoring 15:41 in on Pulock’s power-play goal, just their second in 15 opportunities this series. With Mathew Barzal entering the Lightning zone, the Isles worked the puck to Pulock, who blasted a shot from just above the left circle that beat Vasilevskiy on the short side, with Lee screening the goalie.

The Lightning responded with Hedman tying the game 4 minutes into the second period. 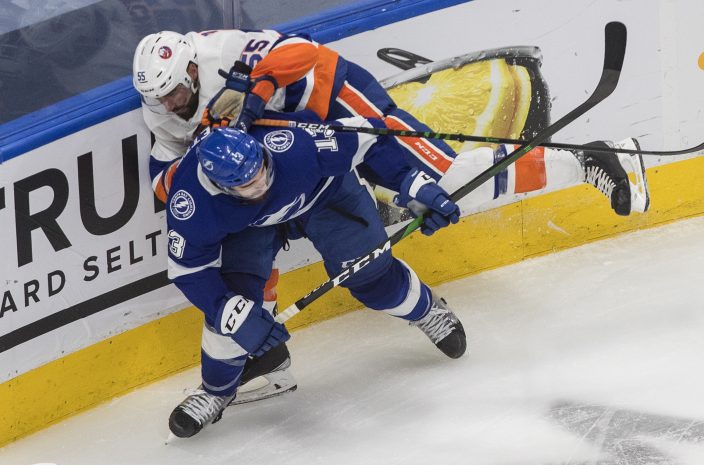 Defenseman Luke Schenn caught the Islanders on a line changing in feeding a long pass to Blake Coleman, who drove up the right wing and had his shot stopped. The rebound off Varlamov’s right pad caromed to Hedman, who wristed a shot inside the left post.

The Lightning’s Carter Verhaeghe had a goal overturned 10:01 into the second period, when the Islanders challenged the play for being offside. Replays showed Tampa Bay’s Cedric Paquette clearly entered New York’s zone well ahead of the puck.

The Lightning squandered an opportunity in failing to score while getting three shots on net during a four-minute power play spanning the end of the third period and overtime. New York’s Anthony Beauvillier was issued a double-minor for high-sticking for bloodying defenseman Mikhail Sergachev’s lip while attempting to check him from behind with 1:23 remaining. 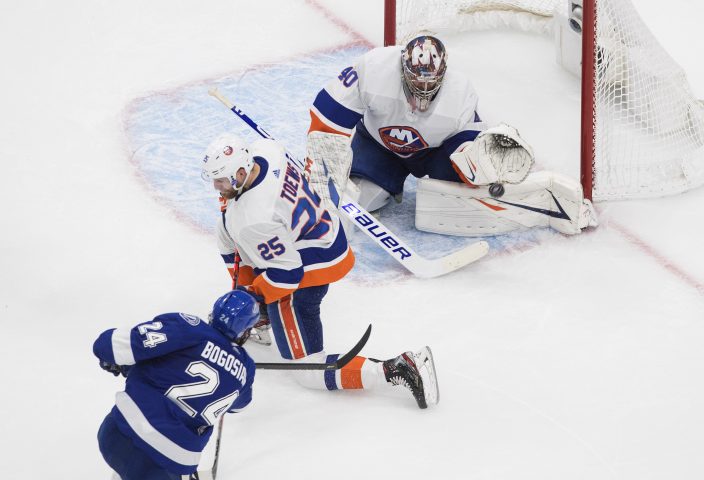 Kucherov had the best chance with a one-timer through a crowd from the right circle, only to be stopped by Varlamov, who kicked out his right pad.

Vailevskiy came up big at the other end six minutes into overtime by reaching out with his left pad and glove to foil Barzal, who was set up driving to the net.

The Lightning dropped to 4-1 in overtime games this postseason, including a 5-4 5OT win over Columbus in Game 1 of their first-round series. 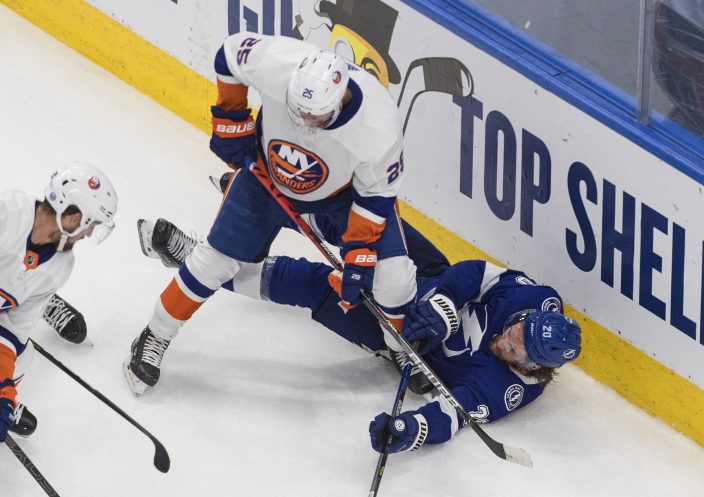 The Islanders are the only team left that played a best-of-five preliminary round series, and also had the disadvantage of lacking rest. They opened the conference final two days after eliminating Philadelphia in Game 7, and using their off day traveling from Toronto to Edmonton, Alberta.

The lack of preparation showed in New York being routed 8-2 in Game 1.

New York’s offense has fizzled in managing just nine goals against Tampa Bay, including a 5-3 win in Game 3. The Islanders had combined for 28 goals in their previous eight games.

“I think coming into this bubble we were pretty gassed, I’ll be straight up,” coach Barry Trotz said, before the game. “But I think as the series has gone, we’ve caught up in that area.”

Trotz did shake up his lines Tuesday, shifting Cal Clutterbuck to the Islanders’ top line alongside Lee and Barzal. Clutterbuck took the spot of Eberle, who opened the game alongside Jean-Gabriel Pageau and Matt Martin.

NOTES: Isles D Johnny Boychuk returned after sustaining a head injury in the third period of a playoff-opening 2-1 win over Florida on Aug. 1. ... Boychuk had an eventful first period. He was doubled over in pain after getting struck by Nikita Kucherov’s shot six minutes in. In the final minute of the first period, Boychuk’s skate blade broke, and he had difficulty getting to the bench, after blocking Hedman’s shot from the left point. ... Hedman’s goal was his eighth, the most by a defenseman in the playoffs since Brian Leetch scored 11 for the 1994 Cup-winning New York Rangers.