Frustration is mounting from Europe to North America over reduced shipments of Pfizer’s COVID-19 vaccine while the U.S. pharmaceutical company increases production capacity at its Belgian plant. Governments say it is costing critical time during the early stages of the rollout to care homes and hospital personnel.

Italy has threatened legal action. The leader of Canada's most populous province said Pfizer's chief executive should be chased “with a firecracker." A top European Union official icily invoked the principle of “pacta sunt servanda," a Latin phrase meaning "agreements must be kept."

The EU and many nations are under pressure for what is seen as the slow start to their vaccination campaigns compared to countries like Israel and the United Kingdom. Pfizer compounded the problem last Friday when it announced a temporary reduction in deliveries so it could upscale its Puurs, Belgium plant, which supplies all shots delivered outside the United States. 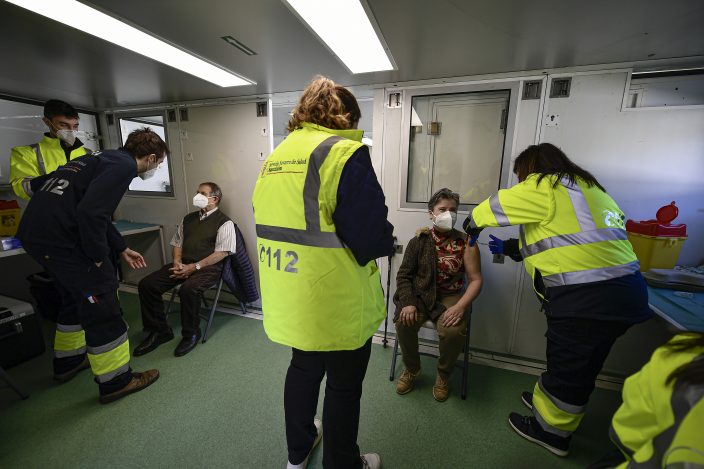 Lola Basaret, 57 and Julio Larrea, 88, are vaccinated with the Pfizer vaccine against coronavirus inside a mobile health unit in the small Pyrenees village of Oronoz-Mugaire, around 45 km (27 miles) from Pamplona, northern Spain, Tuesday, Jan. 19. 2021. (AP PhotoAlvaro Barrientos)

The delay, which the pharma giant said would last for a few weeks, affects not only the number of people who can get inoculated during that period but also throws off the careful choreography that governments mapped out to get elderly residents and caregivers the required two doses within a strict timetable of several weeks.

“It means huge complications for us,” Czech Prime Minister Andrej Babis said. Similar complaints could be heard in several other EU nations, from Denmark to Belgium.

“Indeed," added European Commission President Ursula von der Leyen, “we were all surprised by the announcement of Pfizer-BioNTech to have a delay.” 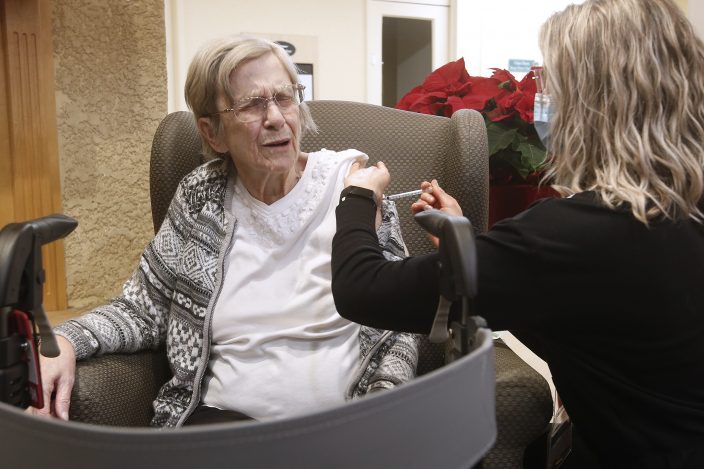 The EU now expects Pfizer to deliver across the 27-nation bloc 92% of what was expected over this week and the next one. The missing 8% is expected to be recovered during the week of Feb. 15

Von der Leyen said the immediate challenge would be securing enough doses to make sure people who already had their first shot of Pfizer vaccine received their second jab within the recommended interval.

“It is of utmost importance that we get the doses that are fixed in the contract” the EU's executive commission negotiated on behalf of member nations, she said. Overall, the EU is slated to get up to 600 million doses from Pfizer. 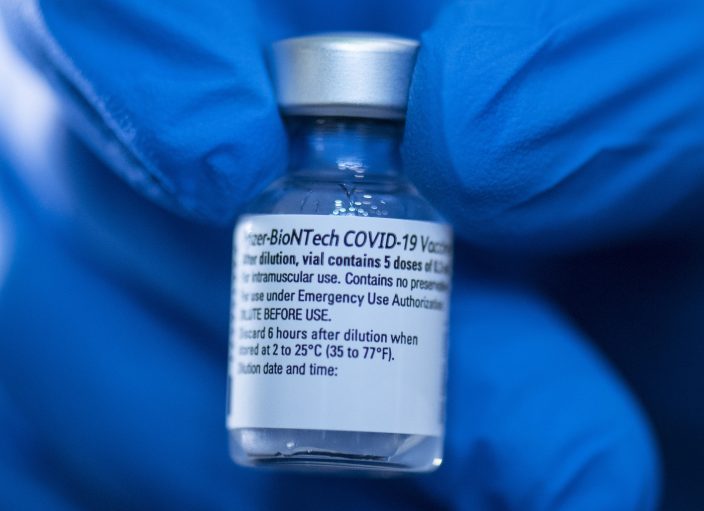 A pharmacist holds a vial of Pfizer-Biontech's Corona vaccine at the opening of the vaccination center in the Festhalle in Frankfurt, Germany, Tuesday, Jan.19, 2021. The state of Hesse operates one of its vaccination centers where thousands of people usually gather at concerts and trade fairs. (Boris Roesslerdpa via AP)

A number of U.S. states also are reporting difficulty getting their hands on enough vaccines. The full explanation for the apparent mismatch between supply and demand was unclear, but last week the U.S. Health and Human Services Department suggested that states had unrealistic expectations for how much vaccine was on the way.

In Europe, the harsh criticism of Pfizer stands in sharp contrast to the accolades the company received last month for being exceptionally fast in producing a COVID-19 vaccine considered safe and effective. The Pfizer-BioNTech vaccine was the first vaccine authorized for use in the U.K. the EU and the United States.

Pfizer told The Associated Press late Wednesday that any small step backwards taken now would result in a huge jump ahead later in the year. The company originally expected to produce 1.3 billion doses this year. 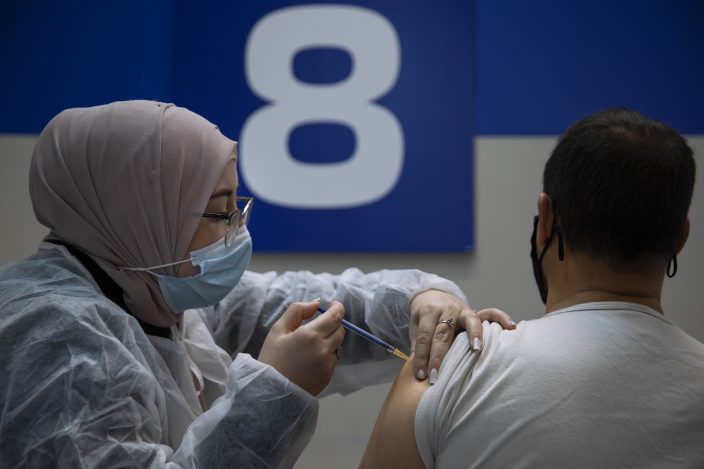 An Israeli man receives his second Pfizer-BioNTech COVID-19 vaccine from a medical professional at a vaccination center set up on a mall parking lot in Givataim, Israel, during a nationwide lockdown to curb the spread of the virus, Wednesday, Jan. 20, 2021. (AP PhotoOded Balilty)

“We’ve explored innovative ways to increase the number of doses we’re able to supply this year, and we now believe that we can potentially deliver approximately 2 billion doses by the end of 2021," the company said in a statement.

But even if that point is understood, many officials in Europe said they were disappointed by what they saw as a lack of smooth communication.

“I understand the reason that (plants) have to be converted in the short term to increase capacity in the medium and long term,” he said. “But it’s very unsatisfying that this was...communicated to us basically overnight.”

The urgency and anticipation to get the vaccines rolling in the 27-nation EU, where 400,000 people with the virus have died, is also matched in Canada, a nation of 37 million which has a pandemic death toll of over 18,000.

Maj. Gen. Dany Fortin, who is leading Canada’s logistical rollout and distribution of vaccines, said Pfizer deferred next week’s deliveries entirely and that there will be a significant decline in vaccine supplies over the next three weeks.

“I’m just angry at the situation, that other countries are getting it,” Ford said. He said if he were Canadian Prime Minister Justin Trudeau, he’d be calling Pfizer CEO Albert Bourla every day and going at him “with a firecracker.”

"He wouldn’t know what hit him." Ford added. “I would not stop until we get these vaccines.”

The European Union is likely to pursue Pfizer with a different weapon but equal fervor. The 27 leaders have a video summit scheduled Thursday where the rollout of vaccines will be a key issue.