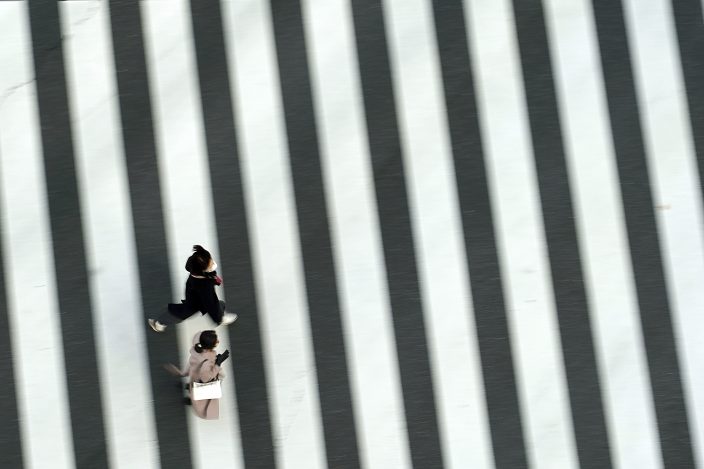 ISRAEL-NUCLEAR — A secretive Israeli nuclear facility at the center of the nation’s undeclared atomic weapons program is undergoing what appears to be its biggest construction project in decades, satellite photos analyzed by The Associated Press show. By Jon Gambrell. SENT: 1,060 words, photos.

VIRUS-OUTBREAK — A crisis over the supply of medical oxygen for coronavirus patients has struck nations in Africa and Latin America, where warnings went unheeded at the start of the pandemic and doctors say the shortage has led to unnecessary deaths. It takes about 12 weeks to install a hospital oxygen plant and even less time to convert industrial oxygen manufacturing systems into a medical-grade network. But in Brazil and Nigeria, as well as in less-populous nations, decisions to fully address inadequate supplies only started being made last month, after hospitals were overwhelmed and patients started to die. By Carley Petesch and Lori Hinnant. SENT: 1,200 words, photos, graphic.

VIRUS-OUTBREAK-PFIZER-VACCINE-EFFECTIVENESS — A real-world test of Pfizer’s COVID-19 vaccine in more than half a million people confirms that it’s very effective at preventing serious illness or death, even after one dose. The published results, from a mass vaccination campaign in Israel, give strong reassurance that the benefits seen in smaller, limited testing persisted when the vaccine was used much more widely in a general population with various ages and health conditions. By Chief Medical Writer Marilynn Marchione. SENT: 680 words, photo. With VIRUS OUTBREAK-J&J VACCINE — FDA says single-dose shot from J&J prevents severe COVID-19.

VIRUS OUTBREAK-FLU SEASON — Flu has virtually disappeared from the U.S., with reports coming in at far lower levels than anything seen in decades. By Medical Writer Mike Stobbe. SENT: 630 words, photos.

MYANMAR — Facebook announced it was banning all accounts linked to Myanmar’s military as well as ads from military-controlled companies in the wake of the army’s seizure of power on Feb. 1. It said in a statement that it was treating the post-coup situation in Myanmar as an “emergency,” explaining that the ban was precipitated by events since the coup, including “deadly violence.” SENT: 890 words, photos.

MEXICO-US-EL CHAPO’S WIFE — After Joaquín “El Chapo” Guzmán was sent to prison for life, his wife suddenly embraced public life. Emma Coronel Aispuro’s actions did not go unnoticed. And in the wake of her arrest Monday as she arrived in the United States, there were some who wondered: Had Coronel put a target on her own back? By Andrés Villarreal, Claudia Torrens and Christopher Sherman. SENT: 1,290 words, photos.

VIRUS-OUTBREAK-VACCINE-AD-CAMPAIGN — A public service ad campaign unveiled aims to convince Americans to get vaccinated against COVID-19, telling them “It’s Up to You.” By Medical Writer Mike Stobbe. SENT: 540 words, photo. With VIRUS OUTBREAK-THE LATEST.

VIRUS OUTBREAK-CALIFORNIA — Los Angeles County reported another 806 deaths from coronavirus during the winter surge, pushing California’s toll above 50,000, or about one-tenth of the U.S. total from the pandemic. SENT: 460 words, photos.

VIRUS-OUTBREAK-VIRAL-QUESTIONS-VACCINE-VARIANTS — COVID-19 vaccines appear to be working against today’s variants, but companies are making plans to update their shots if needed. SENT: 360 words, graphic.

FOREIGN SURVEILLANCE-WATCHDOG REVIEW — The Justice Department’s internal watchdog is reviewing a former Boeing engineer’s allegations that he was unfairly investigated by the FBI on suspicion that he was spying for China, according to correspondence and court filings reviewed by The Associated Press. By Eric Tucker. SENT: 740 words, photos.

CONGRESS-EQUALITY ACT — The Democratic-led House is poised to pass a bill that would enshrine LGBTQ protections in the nation’s labor and civil rights laws, a top priority of President Joe Biden, though the legislation faces an uphill battle in the Senate. SENT: 580 words, photos.

WINTER-WEATHER-WATER-WOES — The sunshine is back and the ice has melted, but more than a week after a deep freeze across the South, many communities are still grappling with getting clean water to their citizens. SENT: 990 words, photos.

UNITED-NATIONS-US-AMBASSADOR — Linda Thomas-Greenfield takes up her post as U.S. ambassador to the United Nations and a senior Russian diplomat said the red carpet will be rolled out and Moscow is ready to work with the Biden administration — but “it takes two to tango.” SENT: 720 words, photos.

AUSTRALIA-DIGITAL-PLATFORMS — Australia’s law forcing Google and Facebook to pay for news is ready to take effect, though the laws’ architect said it will take time for the digital giants to strike media deals. SENT: 630 words, photos.

DISNEY-MARVEL-SERIES — When “WandaVision” wraps its initial run next month on the Disney+ streaming service, Elizabeth Olsen’s Wanda will make her next appearance in the big-screen “Doctor Strange” sequel. By Television Writer Lynn Elber. SENT: 450 words, photos. With MIGHTY-DUCKS — “The Mighty Ducks" coaxes Emilio Estevez back into acting.