The colourful float had become tangled in weeds on a local lake.

Women in a giant, inflatable, rainbow-coloured unicorn had to be saved after their vibrant raft became tangled in weeds in a lake in Minnesota in the US. 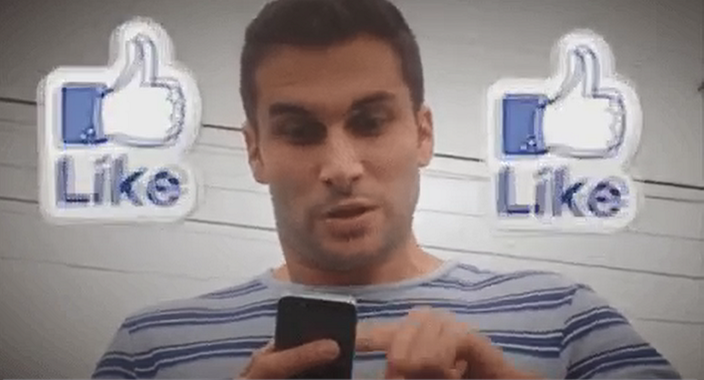 Chisago County Police had to cast a rope out to the stranded group, who sounded like they saw the funny side.

The post by the sheriff’s office has been shared thousands of times on social media. 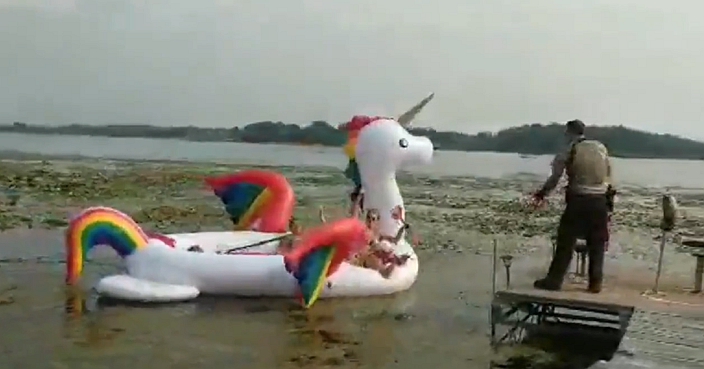 All in all it seems the local sheriff’s office were pretty happy with the rescue. 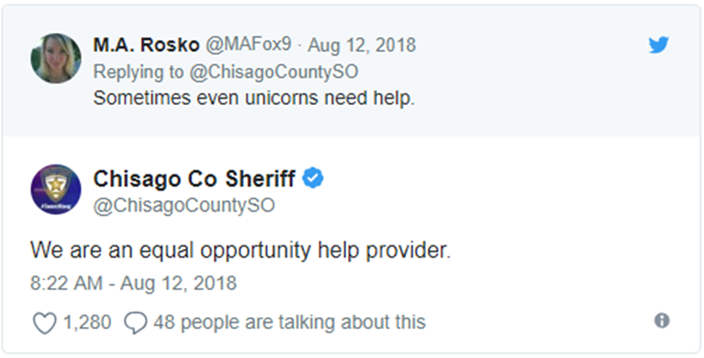 “So once in a while when something like this comes along it’s good to step back, enjoy it, smile, and recharge to get back into the heavy stuff again.” 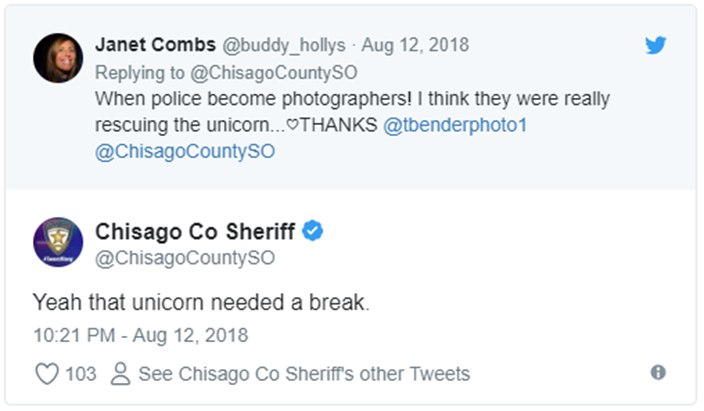 Police ‘drop charges’ against goat that chased woman down the street

Officers befriend boy, 7, who had nightmares about police

Stolen penguins picked up by police

Bride rescued from flood by police, just in time for wedding