Even before the pandemic, “The Little Things” would have been a throwback.

Star-laden thrillers, with studio scale and high-priced craft, are one of those genres that's been mostly squeezed out by the mega-sized movies that crowd Hollywood's assembly lines. A movie directed by John Lee Hancock ("The Blind Side") with Denzel Washington, Rami Malek and Jared Leto is by no means a modest production. But in pre-COVID Hollywood, it was a seldom-seen, relatively little thing. Post-COVID, it's an even more striking exception.

If “The Little Things” feels of another movie era, that's not a coincidence. It was first written (by Hancock) in the '90s, and it's set in 1990. For anyone who pines for the days of “Manhunter,” “Silence of the Lambs” and “Se7en," “The Little Things” is like a warm blanket of, you know, morgue forensics, grisly crime scenes and serial killer mania. 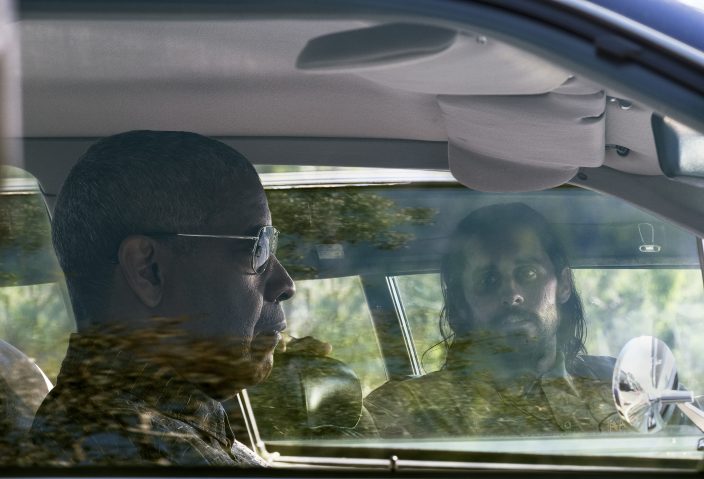 That should have been enough time to hammer out some of the holes and implausibility that creeps into “The Little Things," an almost sturdy, often gripping genre exercise that ultimately doesn't find enough fresh material in the serial killer procedural to warrant its blast from a stylish and shlocky past.

But — and it's a significant qualifier — Denzel. “The Little Things," which Warner Bros. will release Friday in theaters and on HBO Max, may be being sold on the basis of its Oscar-winning trio of stars. But who needs three stars when one of them is Denzel Washington?

He plays Joe “Deke” Deacon, a humble deputy in California's Kern County sent to Los Angeles to retrieve a piece of evidence. We initially expect, as Deke rolls into L.A. in his beaten-up truck and gets condescending glances from detectives in well-fitting suits, a fish-out-of-water story. But it turns out to be a grim homecoming for Deke, a former LAPD investigator who we steadily learn departed the department five years earlier, leaving behind plenty of colleagues burned out by his obsession and rigor. 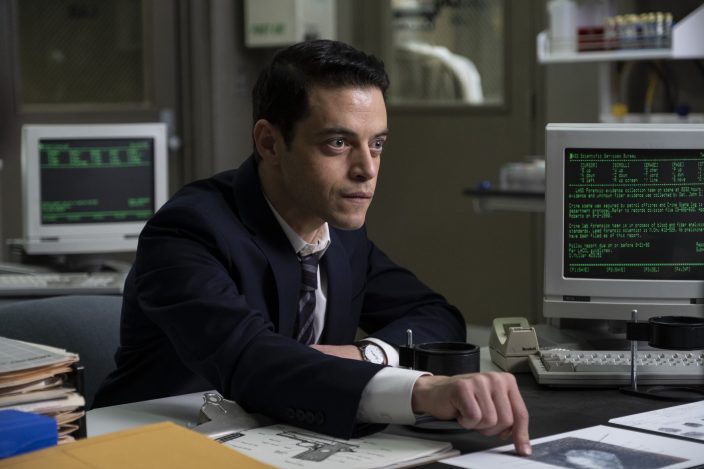 Deke — deliberate, dedicated, righteous — is a natural fit for Denzel. Riding along on a murder case while in Los Angeles, he finds himself again on the hunt for the killer he couldn't catch five years earlier. Soon, he's taking vacation days to stick around and stealthily work the case. It ostensibly belongs to Jimmy Dexter (Malek), a more polished, camera-ready detective who sets up at first as a foil to Deke but quickly turns partner. A family man whose strong work ethic hasn't yet turned into self-destructive obsession, Jimmy could be a younger version of Deke.

At first, their interplay is terrific. At the crime scene, they stalk the blood-splattered floors like rival dancers, with darting eyes, each drawn to different clues. Recognizing each other's talent, they begin working together, with Deke a wise but possibly dangerous mentor to Jimmy. Here, “The Little Things” verges on becoming more than a Michael Mann knockoff and closer to an excellent new season of “True Detective.”

But things go awry with the introduction of their prime suspect, Albert Sparma (Leto), an abundantly creepy, greasy-haired loner who feels out of serial-killer central casting. Leto brings the juiced-up eccentricity and flamboyance to the part that you'd expect of the Joker actor. There's a suggestion of shared voyeurism in his depravity and the detectives' lurid investigations.

But by making Sparma's familiar if often unconvincing games of cat and mouse so central, Hancock loses the grip he had on Deke. Like “Se7en,” “The Little Things," gets drawn toward a climax down dusty backroads. But instead of suspense growing, the film devolves into a not-especially-plausible “C.S.I." episode. Maybe the small screen, where most will watch “The Little Things,” is still the thriller's home for now. But it only serves as a reminder for how much Denzel, a movie star of bigger things, is so suited to larger canvases.

"The Little Things,” a Warner Bros. release, is rated R by the Motion Picture Association of America for violent/disturbing images, language and full nudity. Running time: 127 minutes. Two and a half stars out of four.