A sign at the entrance to Daytona International Speedway warned spectators the Confederate flag was not welcome on property. Its presence, NASCAR wrote, “runs contrary to our commitment to providing a welcoming and inclusive environment.”

Pass through the tunnel and onto the sprawling grounds and not a single Confederate flag was flying over the campsites. If any had been smuggled in, they weren't displayed to be easily spotted over two weeks of racing at Daytona as the stock car series kicked off its season.

NASCAR half-heartedly tried in 2015 to ban the Stars and Bars from its events, but that first effort lacked a meaningful enforcement plan. Five years later, pushed by the only Black driver during a summer of national unrest, NASCAR took its firmest position in its 73-year existence. 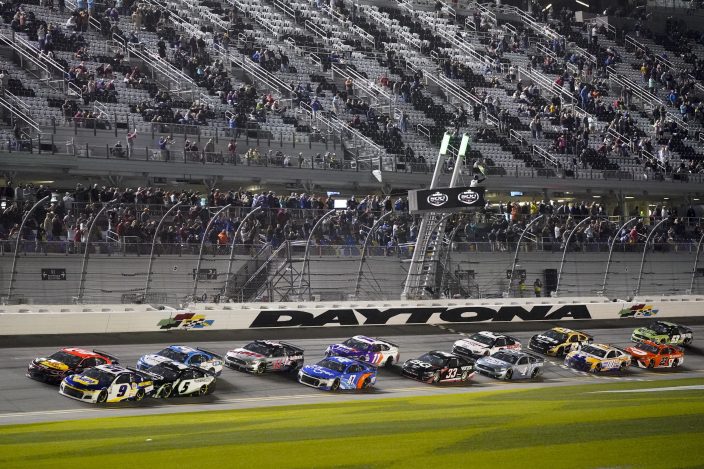 NASCAR is inextricably tied to its Southern roots and culture, and with it comes a checkered racial history. NASCAR founder Bill France Sr. endorsed Alabama governor and segregationist George Wallace for president, and the Hall of Fame biography for Wendell Scott, NASCAR's first Black driver, is whitewashed of his unrelenting battle for equality in the sport.

NASCAR was serious this time, even if meant alienating a portion of its fan base. Steve Phelps, who in 2018 became NASCAR's fifth president and its most progressive, only saw upside in social consciousness — for every fan who complained about lost heritage, someone new would discover a sport far more inclusive than initially perceived.

Phelps' theory proved true a year ago — on the very day NASCAR banned the Confederate flag. 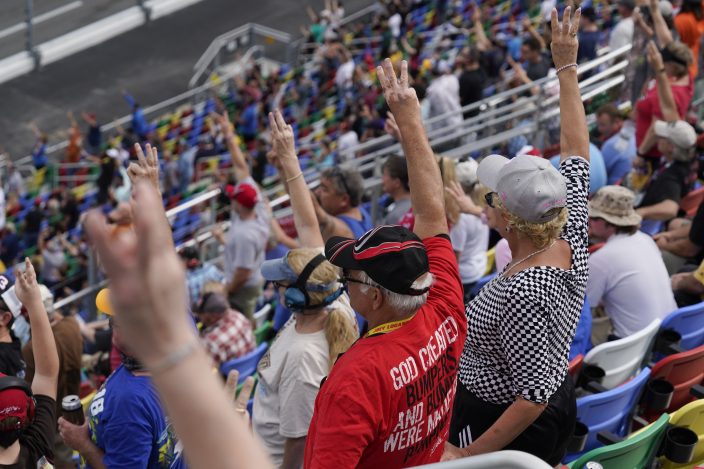 NFL running back Alvin Kamara heard about the flag ban, heard about Bubba Wallace standing up for racial equality and tuned in that same night to watch a rare midweek race. Kamara saw Wallace, NASCAR's only Black fulltime driver, race with a “Black Lives Matter” paint scheme and wear a shirt that read, ‘I Can’t Breathe.'

Four days later, Kamara was at his very first race.

He's now a super fan and just 36 hours after attending his first Daytona 500, Kamara agreed to sponsor a young Hispanic driver in last Saturday's Xfinity Series race. Kamara, who is Black, was at Daytona, this time as someone with a car on the track. 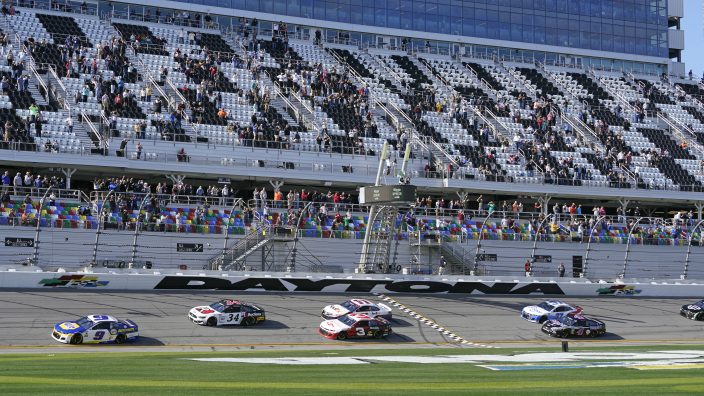 Michael Jordan made his debut at Daytona as co-owner of one of three new NASCAR teams. Driven by Wallace, 23XI Racing is the only team with a Black owner and Black driver.

Pitbull also entered ownership with Trackhouse Racing. The Cuban-American entertainer wants Trackhouse, along with Mexican driver Daniel Suarez, to establish itself as a NASCAR team with a message of global unity.

Pitbull was all over Daytona ahead of the Daytona 500, posing for fans and celebrating with Suarez. Jordan played golf at Oceanside Country Club and schmoozed with sponsors in a suite during the race. 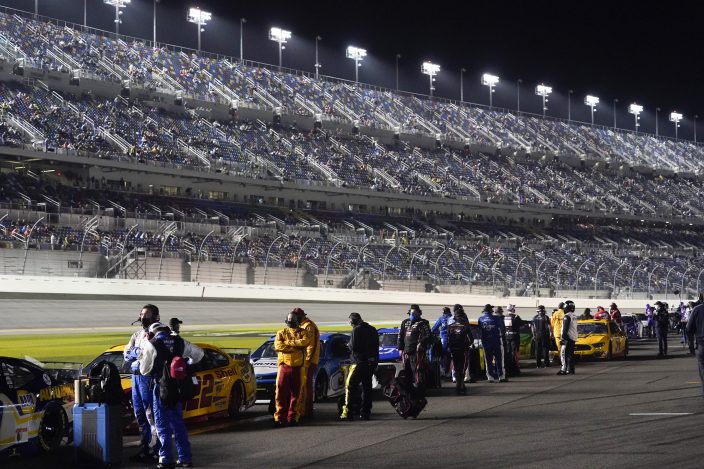 It is no coincidence these NASCAR newcomers followed the banning of the Confederate flag.

“I don’t think this was a place where a lot of us felt comfortable being because of what we thought,” Kamara said. “You see that flag, you see the scope of what’s going on... One bad apple spoils the bunch.’”

None of the stereotypes Kamara had come to believe about NASCAR has proven true.

“I’m meeting fans, interacting with people, and I’m like, ‘Oh, this is a safe space,'" Kamara said. “This is not what I thought it was. I was pleasantly surprised.”

There's been blowback toward NASCAR for drawing a firm line but it fits Phelps' vision for the sport. He has cited a recent brand tracking study hat found 1,750 self-identified “avid NASCAR fans” overwhelmingly supported the sanctioning body’s stance on social justice in 2020.

Banning the flag ultimately "opened up an aperture to a brand-new fan base,” Phelps said.

It could be that those who typically would raise a Confederate flag at a race stayed home this year rather than comply with NASCAR's new world order. And maybe people have stopped watching.

The drop in viewers could be benign.

The Daytona 500 was stopped for nearly six hours by rain and numbers before the lengthy pause had been on pace with last year's race. Perhaps viewers just didn't come back when the race resumed. As for last weekend, it is possible journeyman 500 winner Michael McDowell didn't give NASCAR the traditional bump in interest.

But if fans have walked away over social justice, industry partners believe the progressive stance offsets all losses.

Toyota, for example, competes at every level of NASCAR and has long championed its diversity and inclusion programs alongside a "respect for people" company pillar. NASCAR has now aligned its core values with the corporate culture of one of its top stakeholders.

“It seems as if we are truly on the cusp of breaking through to a much broader and diverse audience," said David Wilson, president of Toyota Racing Development. “You know there are multicultural motorsports fans in this country, but a lot of them haven't felt comfortable or welcome in the NASCAR space. It's just difficult to articulate how critical this is for the growth of the sport.”