Ryan Strome had a goal and two assists and Chris Kreider had a goal and an assist in New York’s three-goal second period, leading the Rangers to a 6-2 victory over the Boston Bruins on Friday night.

Julian Gauthier, Colin Blackwell, Pavel Buchnevich and Jonny Brodzinski also scored to help the Rangers win for the third time in four games. Adam Fox and Ryan Lindgren each had two assists, and Alexandar Georgiev stopped 31 shots to improve to 2-0-2 in his last four starts. 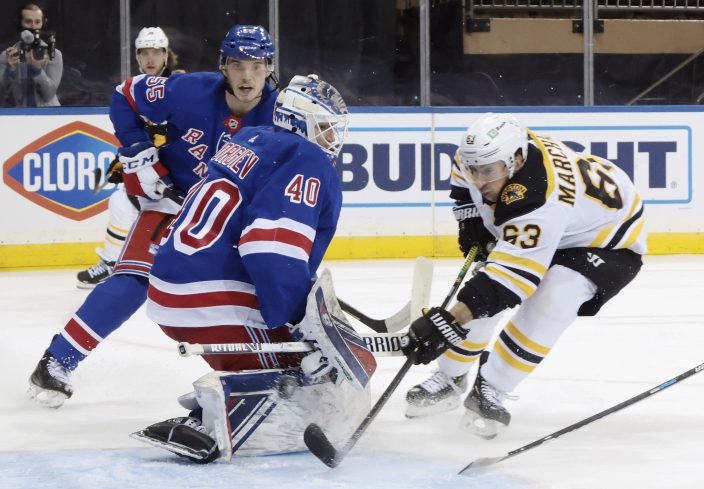 After the game, the Rangers gathered at center-ice to salute the 1,800 fans in attendance before skating off. Several players gave their sticks to some of the fans.

Brad Marchand had a goal and an assist, and Patrice Bergeron also scored. Tuukka Rask made with 28 saves in the Bruins’ fourth loss in five games. The lost 7-2 at the New York Islanders on Thursday night. 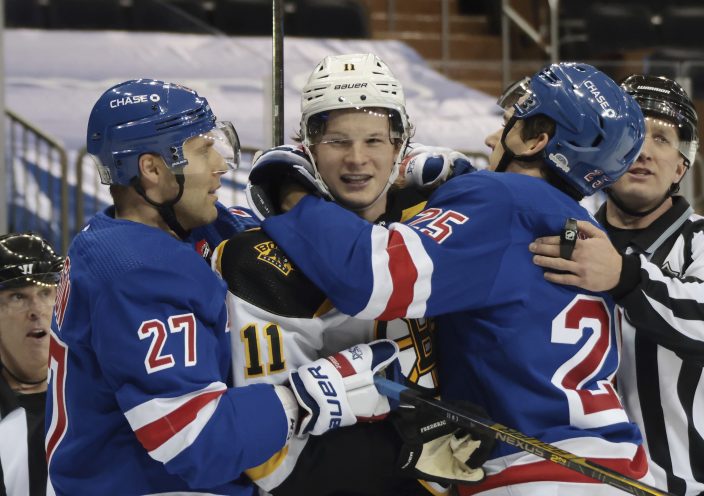 Kirill Kaprizov, Nick Bjugstad and Joel Eriksson Ek scored in a span of just over three minutes in the first period and Minnesota held off Los Angeles for its fifth straight victory.

scored for the Wild, who ended the Kings’ six-game winning streak. Minnesota’s last loss was to the Kings in Los Angeles on Feb. 16. That was Minnesota’s first game back after a two-week layoff due to COVID-19 protocols. 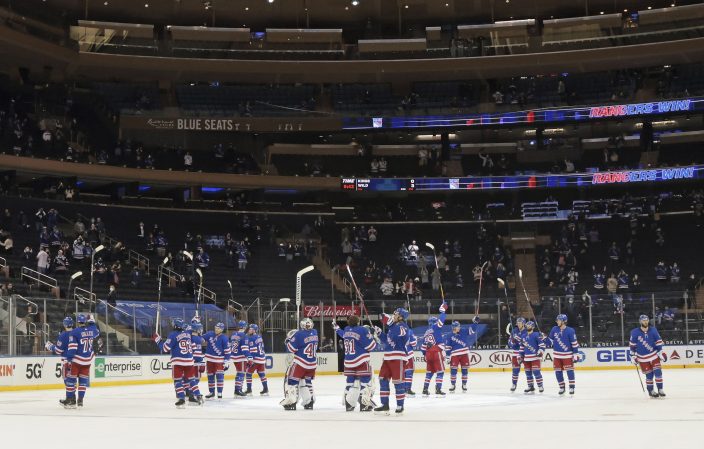 The New York Rangers celebrate a win over the Boston Bruins in an NHL hockey game Friday, Feb. 26, 2021, in New York. (Bruce BennettPool Photo via AP)