The Bavarian powerhouse is assured of leading the standings at the halfway stage of the season for the unofficial title of “autumn champion” and there doesn't seem to be anyone capable of stopping the team from finishing at the top at the end of the season. 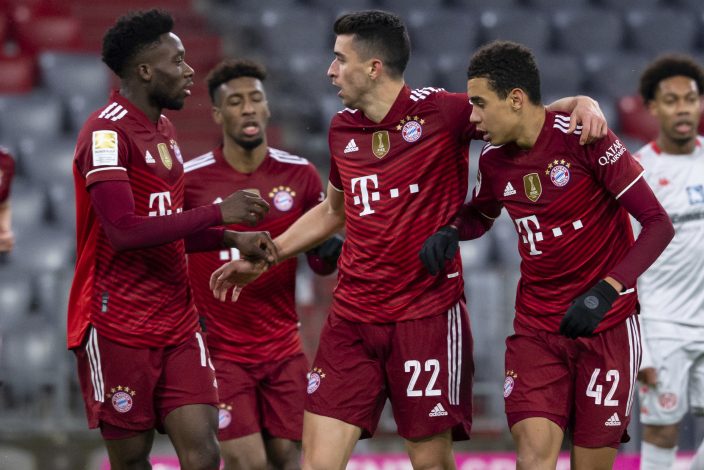 Dortmund struggled for long periods against last-place Greuther Fürth on Wednesday before securing a 3-0 win with two late goals. There were whistles from some fans during the game and coach Marco Rose acknowledged afterward that his team isn't currently up for a title challenge.

“It’s clear that we have no chance of ousting Bayern from the throne in the form of today,” Rose said.

Bayern had beaten Stuttgart 5-0 the day before, with Serge Gnabry scoring a hat trick and setting up Robert Lewandowski for the other two.

Bayern has been named “autumn champion” 24 times before, and the team went on to the win title 21 times.

Dortmund would not even be as close to Bayern to if it weren’t for the scoring prowess of Erling Haaland, who gave his team the lead against Fürth and finally secured the win with his second in the 82nd minute.

The stand-out Norwegian has scored a third (13) of Dortmund’s league goals so far this season, despite only playing in 10 of the 16 games. 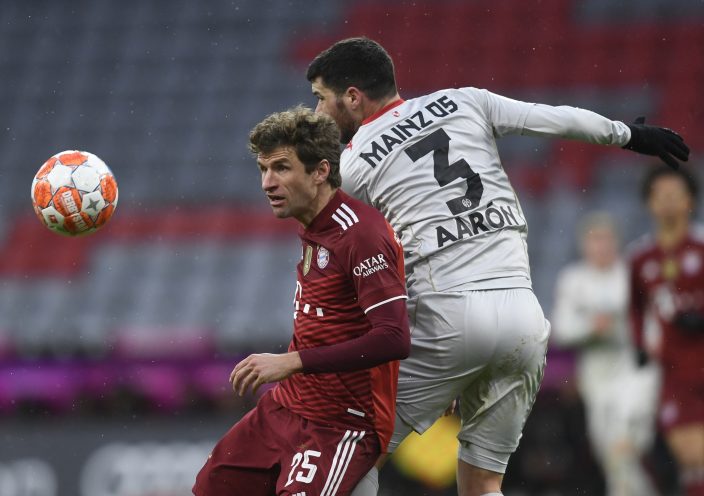 Lewandowski has 18 goals so far for Bayern, but his teammates are also chipping in. Gnabry has nine league goals, while Thomas Müller, Leroy Sané and Kingsley Coman each have four. Bayern’s 52 goals is a Bundesliga record at this stage of the season.

Bayern’s contentious 3-2 win in “der Klassiker” in Dortmund prevented the home team from taking over first place on Dec. 4 and delivered a demoralizing blow to its biggest rival. It was Bayern’s sixth consecutive win over Dortmund. Dortmund drew 1-1 in its next game at Bochum before Wednesday’s scrappy win over Fürth.

Bayern, meanwhile, stretched its winning run to six games in all competitions since the surprising 2-1 loss at Augsburg on Nov. 19. 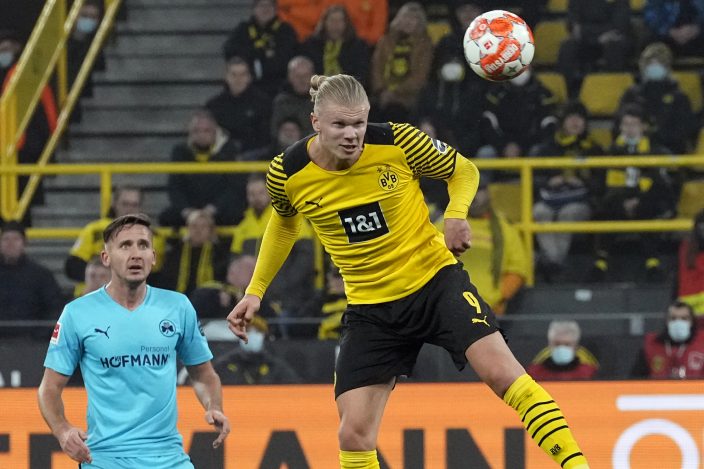 Bayern coach Julian Nagelsmann has honed the team’s strengths since taking over from Hansi Flick. The players generally dominate possession, and they pressure relentlessly to recover the ball when they don’t have it.

Speedy Canadian Alphonso Davies provides an attacking threat down the left, then drops back into defense when needed as the team reverts to a 4-2-3-1 formation. Bayern plays with three at the back when Davies is attacking.

Nagelsmann has also coaxed the best Bayern has seen so far from Sané, who failed to live up to expectations initially after switching from Manchester City. Lucas Hernández, who remains Bayern’s most expensive signing at 80 million euros ($90 million), is also finally living up to his price tag. 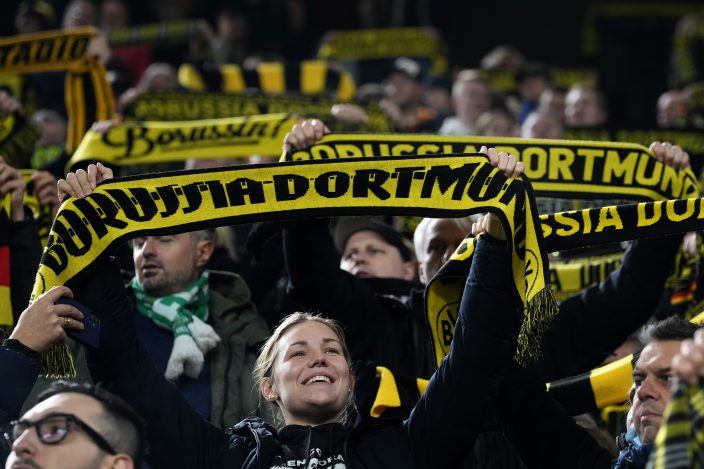 The skillful 18-year-old Jamal Musiala is on his way to becoming Bayern’s next star with three goals in 15 league appearances this season. He’s already a Germany regular.

After Dortmund, the list of other potential title rivals looks paltry. Third-place Bayer Leverkusen has given away two-goal leads in its last two games — a 5-2 loss at Eintracht Frankfurt followed by a 2-2 draw at home against Hoffenheim. Leverkusen is already 12 points behind Bayern.

Although Leipzig expected to compensate for their departures, this season the Saxony-based team is floundering in ninth place, already 18 points off the lead.

Bayern hosts struggling Wolfsburg in the last round before the winter break on Friday, when Lewandowski will hope to break Gerd Müller’s Bundesliga record of 42 goals in a calendar year. Lewandowski needs only one more, and Wolfsburg has lost its last six games in all competitions.

Outgoing German soccer league chief executive Christian Seifert warned in 2017 that it would be a problem for the Bundesliga if Bayern “wins the title 10 or 15 times in a row.” Seifert leaves at the end of the year with no solution in sight. It’s incoming CEO Donata Hopfen’s problem now.