Ilya Sorokin made a career-high 44 saves to tie the New York franchise record for shutouts in a season with seven, helping the Islanders spoil Carey Price’s season debut in a 3-0 victory over the Montreal Canadiens on Friday night.

Before the game, the Canadiens recognized Islanders great and Montreal native Mike Bossy with a tribute and moment of silence. Bossy died late Thursday at 65.

Price stopped 17 shots, giving up goals to Zach Parise and Noah Dobson in a 1:44 span in the third period. Brock Nelson added an empty-net goal. 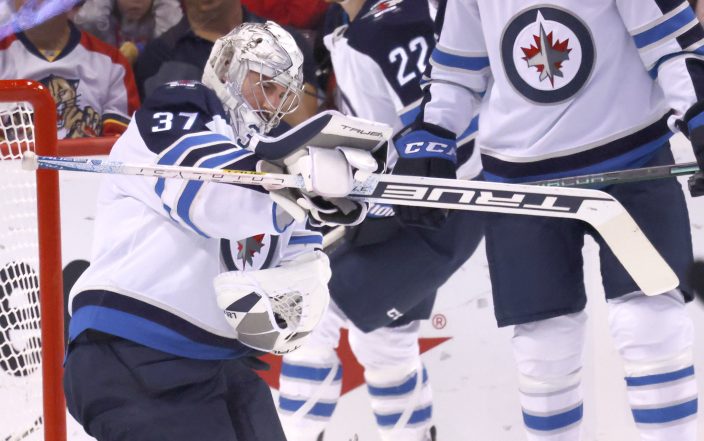 Price played for the first time since Game 5 of the 2021 Stanley Cup Final in July. He spent months recovering from offseason knee surgery, but paused his rehabilitation after voluntarily entering the NHL’s player assistance program last fall. He has said he entered the program for substance abuse and in January noted his career could be in jeopardy.

Sorokin has 10 career shutouts. He tied the team record set by Chico Resch in 1975-76 and matched by Semyon Varlamov last season.

Huberdeau, who added an assist, had two goals in the first five minutes. He has 30 goals this season, and extended his career-best points streak to 13 games.

Mason Marchment and Maxim Mamin also scored, and Claude Giroux had three assists for the Eastern Conference-leading Panthers. Florida has 112 points, two behind Colorado in the race for the most in the NHL. Both teams have eight games remaining.

Nikolaj Ehlers scored for the Jets. Connor Hellebuyck allowed four goals on 26 shots before being replaced by Eric Comrie at the start of the third period. Comrie had 15 stops.