Eight games into the season, Payton's team is failing to consistently mind fundamental details — such as avoiding pre-snap penalties or holding on to catchable, well-placed passes — that can help a team avoid beating itself.

“We’re trying to focus on not only just that game, but the technique and the details that are going to move you forward so that they don’t happen again," Payton said, referring to his club's 27-25 loss to Atlanta on Sunday. “I hear the term, ‘margin for error.’ I don’t know who has the margin for error, really. Does Buffalo have it?” 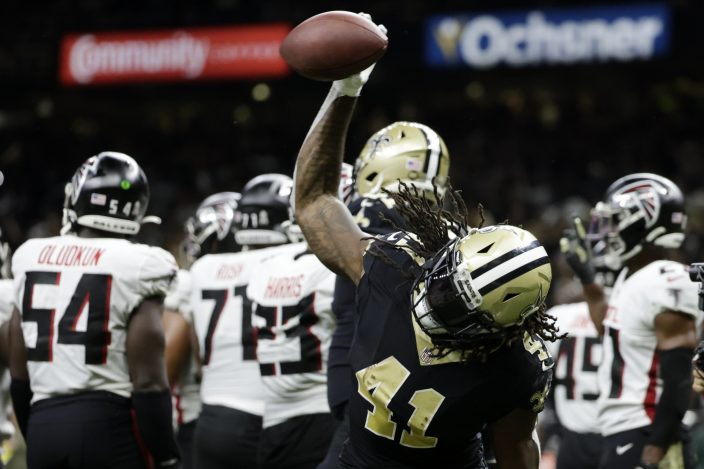 New Orleans Saints running back Alvin Kamara (41) celebrates his touchdown against the Atlanta Falcons during the second half of an NFL football game, Sunday, Nov. 7, 2021, in New Orleans. (AP PhotoDerick Hingle)

Payton was referring to the AFC East-leading Bills' surprising loss to the struggling Jacksonville Jaguars, and his point was this: Even if the Saints are good enough to contend for a fifth straight NFC South title, their record won't show it if they can't avoid mistakes that would seem avoidable at the NFL level.

“In our league, there is a weekly margin for error,” Payton said. "The details matter so much that regardless each week of who the games (involve), there’s really good players on each side.”

The Saints' loss at home to the Falcons dropped them to 5-3, one game behind division- leading Tampa Bay (6-2), whom the Saints had defeated just one week earlier for what was then their third straight victory. 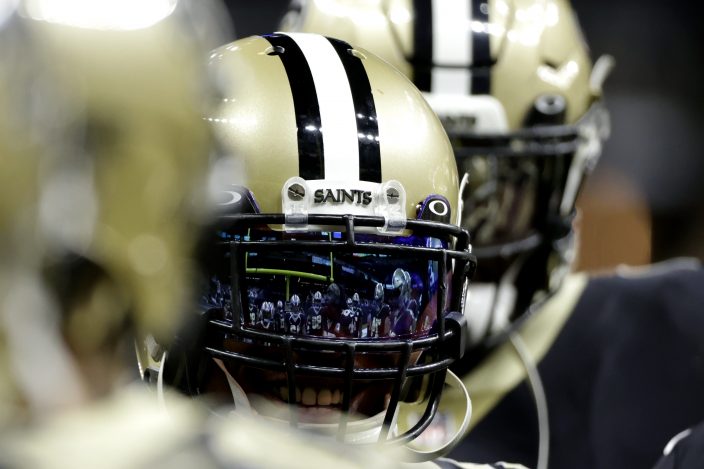 New Orleans entered a new era this season following the retirement of record-setting quarterback Drew Brees. But most core players from the previous four division-winning campaigns remain. The Saints expected to be competitive with a new starting QB, even if they had to rely more on their running game and defense.

Not even the loss of new starting QB Jameis Winston to a season-ending knee injury seems to have changed the Saints' goals.

Trevor Siemian was good enough to lead the Saints over the Bucs in Week 8 and showed the composure to lead three fourth-quarter touchdown drives against Atlanta. That briefly gave New Orleans the lead with a minute left before a coverage mistake allowed the Falcons to move right back in winning field goal range. 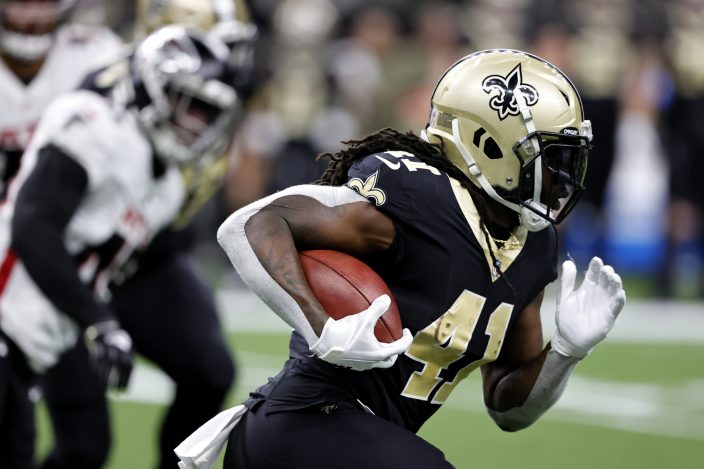 New Orleans Saints running back Alvin Kamara (41) runs against the Atlanta Falcons during the second half of an NFL football game, Sunday, Nov. 7, 2021, in New Orleans. (AP PhotoButch Dill)

Payton has few complaints about Siemian's performance so far, citing seven drops and drive-stalling penalties as the main reason the offense struggled for three quarters against Atlanta.

“He made enough plays, really, got us back in the game,” Payton said. "Overall, I was pleased. ... I thought the ball placement was pretty good.”

Whether it was good enough for Siemian to remain the starter over fellow backup Taysom Hill remains to be seen. Payton has yet to commit to either going forward. 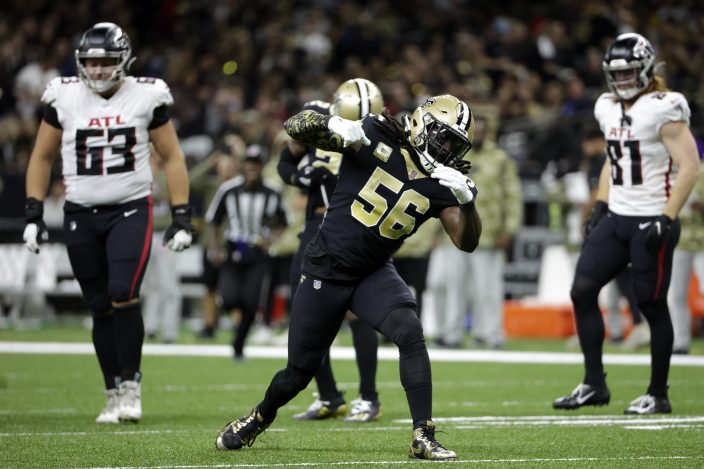 New Orleans Saints outside linebacker Demario Davis (56) celebrates a fourth down stop against the Atlanta Falcons during the first half of an NFL football game, Sunday, Nov. 7, 2021, in New Orleans. (AP PhotoDerick Hingle)

““We’ll see what the plan is this week and each week,” the coach said. “And we'll keep you posted.”

New Orleans' defensive front is stuffing opposing running backs week in and week out, and may only have gotten better since top defensive tackle David Onyemata returned from a six-game suspension in Week 8. The Saints entered their Week 9 game against Atlanta ranked second in the NFL in yards allowed rushing with 79.4 per game and then limited Atlanta to 34 yards on the ground. 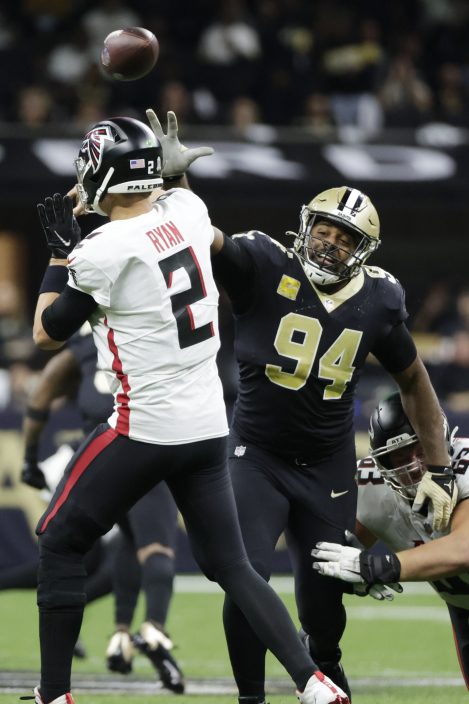 The Saints' passing game has ranked near the bottom of the NFL all season, even when Winston was healthy. Dropped passes in New Orleans' most recent game contributed to the Saints being shut out in the first half and being down by 18 in the fourth quarter.

Cameron Jordan has a sack in each of his past three games and has helped the Saints continue to rank among the league leaders against the run all season.

The secondary has allowed 718 yards and six TDs passing during New Orleans' past two games combined. New Orleans now ranks near the bottom of the NFL against the pass.

The offense certainly hasn't been helped by the fact that top receiver Michael Thomas won't play at all this season following a setback in his rehabilitation from offseason ankle surgery. Winston's injury further complicated matters and now the defense will have to weather an right leg injury to defensive back C.J. Gardner-Johnson.

2 — The Saints have lost two of the three times they've played in the Superdome this season. And both times they came in favored, according to FanDuel SportsBook.

Payton said the Saints haven't decided yet whether they'll look at starting Hill at QB as they did last season for four games when Drew Brees was injured. But while they sort that out, they enter a period of the schedule that see them facing three current division leaders — Tennessee, Dallas and Buffalo — in their next five contests.