NASCAR's underdogs will have a fighting chance in the Next Gen car, according to the development plan for the ballyhooed new model, and the racing would be much better. New car configurations would force drivers to muscle the cars like never before.

Well, four races into the new season on four entirely different circuits, NASCAR seems to have actually delivered on the promise.

Sure, the top teams have still won all the races. First it was Team Penske with back-to-back wins in the exhibition Busch Clash and Daytona 500, and then Hendrick Motorsports made consecutive trips to victory lane in California and Las Vegas. 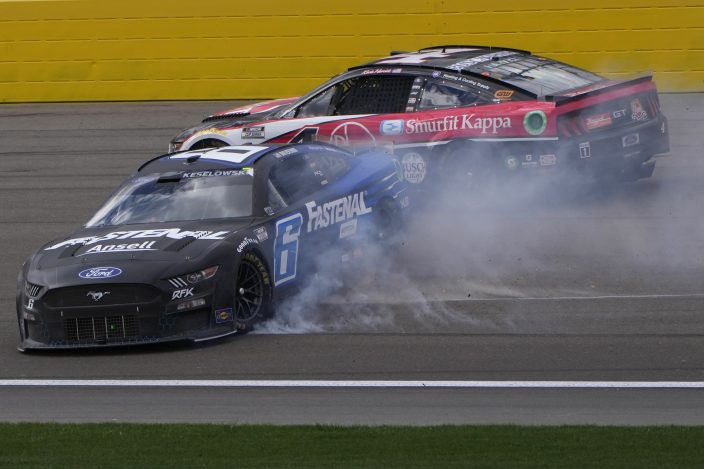 Perhaps not. But the little guys sure are much improved:

— Ross Chastain led a total of 75 laps through the first 117 races of his career. At Las Vegas, Chastain led a race-high 83 laps and finished third. TrackHouse Racing teammate Daniel Suarez flirted with his first career Cup Series win a week earlier at California before finishing fourth. 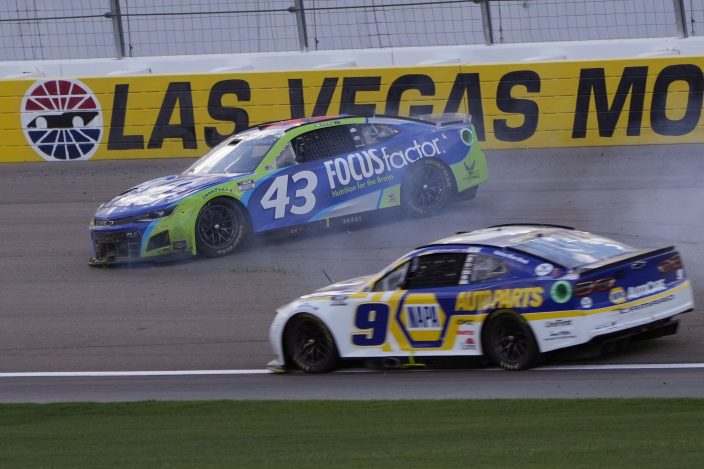 — Erik Jones showed that Richard Petty's old No. 43 can still be competitive by qualifying second at California, leading laps and finishing third. The rebranded Petty GMS Racing team has expanded to two cars this season and Ty Dillon has been mid-pack.

— Richard Childress Racing, the first team to embrace the Next Gen concept and help NASCAR create the first prototypes, has shown dramatic improvement. Tyler Reddick has contended everywhere and Austin Dillon has a pair of runner-up finishes in four races.

— Jack Roush's rebranded RFK Racing team with Brad Keselowski part of the ownership group went back to victory lane for the first time since 2017 when Keselowski and Chris Buescher each won a Daytona 500 qualifying race.

— Aric Almirola is the only driver to notch three top-10 finishes through the first three points races, while 25 different drivers have led at least one lap this season. Christopher Bell won his first career pole at Las Vegas, and annual title contenders Kevin Harvick and Denny Hamlin have plummeted in the standings; Hamlin heads to Phoenix this weekend ranked 30th in points.

The Next Gen has so far raced on the smallest circuit possible — the quarter-mile track inside Los Angeles Memorial Coliseum for the exhibition Clash — and one of the the largest, the 2.5-mile superspeedway at Daytona International Speedway. The race at 2-mile Auto Club Speedway was the best at the California track in years, and same can be said for Sunday's race at 1.5-mile Las Vegas circuit.

Las Vegas featured 23 lead changes among 15 drivers and an overtime finish in which Bowman raced teammate and reigning Cup champion Kyle Larson door-to-door for the win.

Hall of Fame driver Jeff Gordon, now the vice chairman at Hendrick Motorsports, called the opening month of racing “refreshing” as NASCAR produced a car that has so far lived up to its hype.

“I think we’ve seen great racing. I think we’ve seen cars coming from the back to the front, front to the back. We’ve seen where they can race hard,” Gordon said. “But the cars are on the edge. The drivers are definitely having to show their talent and ability. I think that was the intent, too, was to have a car that was on a more level playing field.”

An aerodynamic package that features lower downforce and higher horsepower has been a handful for drivers throughout the field, with Larson complaining after his runner-up finish in Las Vegas that his upper arms were the sorest they'd been in his entire driving career.

“I'm out there holding a death grip on the steering wheel for four hours, just trying to hang on,” Larson said. “The car is actually really fun to drive."

The Next Gen still has plenty of kinks, starting with a parts shortage that has left teams scrambling for backup cars. Joe Gibbs Racing did not have a race-ready backup in Las Vegas and spent more than eight hours preparing a “parts car” for Kyle Busch after he crashed his primary in practice.

The car has had difficulty getting back to pit road with a flat tire and wreckers were on standby all over the track at Las Vegas to give a push when needed. Toyota worked out an overheating problem between California and Las Vegas, and teams, manufacturers and even the drivers are learning things each week.

Joey Logano, winner of the Clash, suggested NASCAR employ AAA-style service trucks that can rush out to a disabled racecar and do a quick tire change to speed up the process.

Following his Sunday victory, Bowman noted how much development has been done on the Next Gen and the gains that have been made since the first test. And for the drivers themselves, each on-track outing has been a learning experience — some good and some bad.

Absolutely everything that I do as a race car driver has completely changed," Bowman said. “Historically, I’ve loved loose race cars. Cried like a little girl when I’m tight. I now have to figure out how to drive a tight race car because I can’t make a loose race car work anymore. And it is hard.”

But it's been worth it on the track.

“I think the car is doing what it’s supposed to. The races have been great,” he said. “Now we have close races each and every week. It’s been really, really good.”

COLUMN: Another win for NASCAR with drama-free Daytona 500