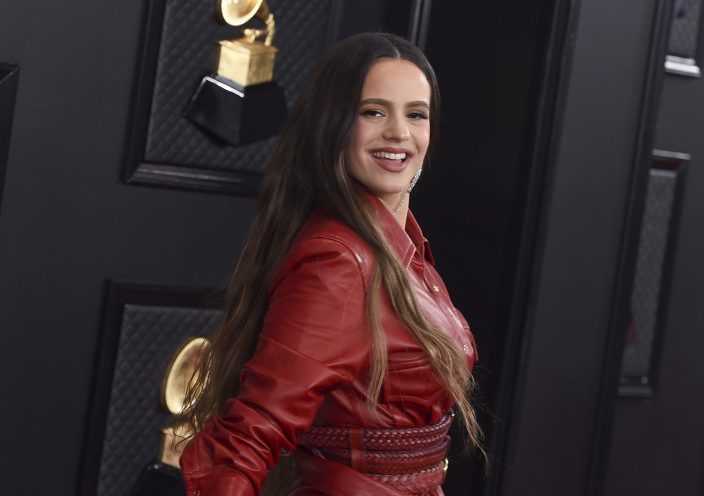 FILE - Rosalia arrives at the 62nd annual Grammy Awards on Jan. 26, 2020, in Los Angeles. On Monday the Spanish singer announced her Motomami World Tour, a massive 46 show run across 15 countries that will start July 6 July in Almería, Spain. (Photo by Jordan StraussInvisionAP, File)

“But I'm very excited. I’ve always really liked traveling, and in the end I feel that being able to go to other countries also keeps me inspired, keeps me making music, because I hope to continue writing songs during the tour,” she added.

With its combination of flamenco, reggaeton, bachata, salsa, electro-pop and hip-hop, and breakout songs like “Saoko,” “La Combi Versace” with Tokischa, “La Fama” with The Weeknd and “Chicken Teriyaki,” the eclectic 16-track album debuted at No. 1 on Spotify’s Global Album Chart (a first-ever accomplishment for a Spanish artist), and scored the strongest Billboard chart debut of any Latin album so far this year. 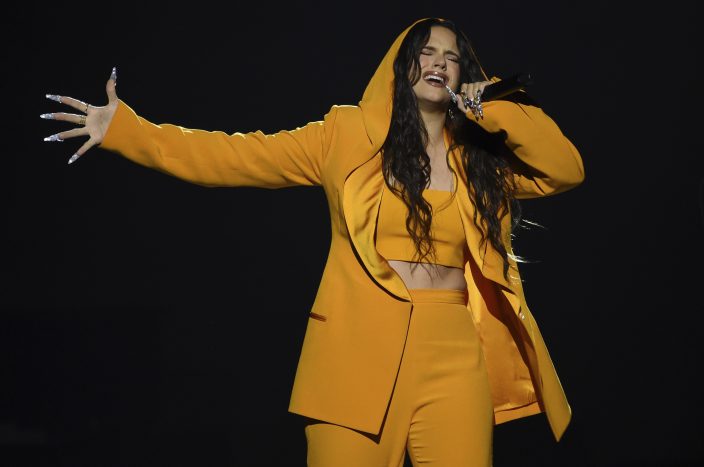 When asked about her influences and musical models, the first thing that Rosalía mentions is that she grew up surrounded by nature.

“In the end, nature is God’s most brilliant creation. That has been a reference for me, or rather an inspiration. That marked me since I was little,” said the artist, who was born in San Cucufate del Vallés, a municipality located in the Vallés Occidental region, in the province of Barcelona.

Then she highlights the great women in her life: “My grandmother took me to Mass and that marked me. My mother has always been a reference; she is a very strong woman, a very independent woman. Or my sister, who is a visual artist and has always inspired me a lot, too, a very intelligent woman.

“And, well, my mother always showed me Nina Hagen, Patti Smith, Janis Joplin, women who create,” she continued. “My mom showed me that because she really liked music, so all of that has been a reference for me.”

Transferring a project as ambitious and varied as “Motomami” to the stage has been “a very exciting challenge” for Rosalía. She said this stage show will be very different from her 2019 tour in support of “El Mal Querer”, which also included 40-plus concerts on both sides of the Atlantic.

On that occasion, in New York, she performed two nights at Webster Hall. This time, it will be at the massive and iconic Radio City Music Hall on Sept. 18-19.

“Two nights! Two nights! I can't wait. New York is one of my favorite cities. I hope at some point in my life I can live there, but for now at least I can go sing,” said the singer behind hits including “Con Altura” with J Balvin, “TKN” with Travis Scott and “La noche de anoche” with Bad Bunny.

She said she is excited to play again in her native country, where she has 12 concerts scheduled, as well as in Mexico and Argentina “because the audience there gives you a lot of love; it is such a dedicated audience that it brings out the best in me.”

She's also eager to get to the San Juan Coliseum because many of the artists who have inspired the project — such as Daddy Yankee, Tego Calderón, Zion and Don Omar — have filled that venue, and to La Romana in the Dominican Republic “because there is also bachata in ‘Motomami.’”

Tickets for the “Motomami World Tour” will be available starting Friday at rosalia.com.