A tour boat with 26 people aboard was missing in rough waters off northern Japan on Saturday after issuing a distress call and reporting to be sinking, the coast guard said.

No survivors have been found after more than seven hours of an intense search involving six patrol boats and four aircraft.

The 19-ton Kazu 1 made an emergency call in early afternoon, saying the ship’s bow had flooded and was beginning to sink and tilt while it was traveling off the western coast of Shiretoko Peninsula in the northern island of Hokkaido, the coast guard said. 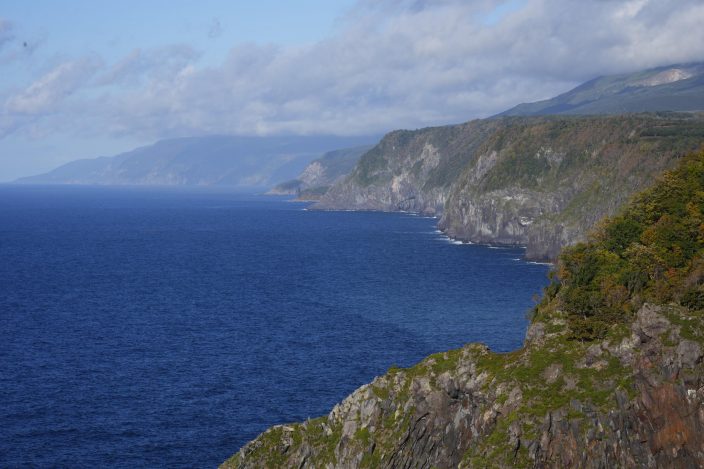 This photo shows Shiretoko Peninsula in the northern island of Hokkaido on Sept. 25, 2021. A tour boat with 26 people aboard was missing in rough waters off northern Japan on Saturday, April 23, 2022 after issuing a distress call and reporting to be sinking, the coast guard said. (Kyodo News via AP)

The tour boat has since lost contact, according to the coast guard. It said the boat was carrying 24 passengers, including two children, and two crew.

An official of the vessel's operator, Shiretoko Pleasure Cruise, said he could not comment as he had to respond to calls from worried families of the passengers.

High waves and strong winds were observed in the area around noon, according to a local fisheries cooperative. Japanese media reports said fishing boats had returned to port before noon because of the bad weather.

The NHK public broadcaster said there was a warning for high waves of up to 3 meters (9 feet) high.

According to the operator's website, the tour takes about three hours and offers the scenic view of the western coast of the peninsula, including the nature and animals such as whales, dolphins and the brown bear.