Robert Lewandowski converted a late penalty as Bayern Munich rebounded from its Champions League defeat to beat Augsburg 1-0 on Saturday and take another step toward a record-extending 10th consecutive title.

It was Lewandowski’s 32nd league goal in 29 matches this season and saw Bayern move nine points clear of second-placed Borussia Dortmund. The two teams meet in Munich on April 23. 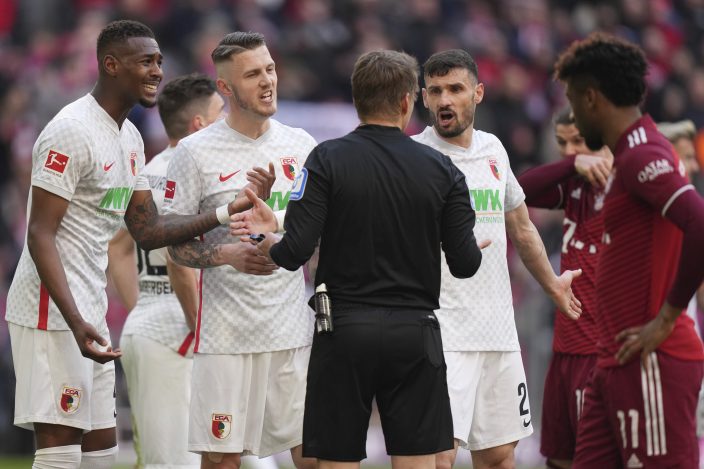 Referee Partick Ittrich speaks to Augsburg players after awarding a penalty kick to Bayern, from which Bayern's Robert Lewandowski scores, during the German Bundesliga soccer match between Bayern Munich and Augsburg at the Allianz Arena, in Munich Germany, Saturday, April 9, 2022. (AP PhotoMatthias Schrader )

Bayern surprisingly lost 1-0 at Villarreal in the first leg of the quarterfinals on Wednesday. The Spanish team visits Munich on Tuesday and Bayern appeared to have one eye on that match in a disappointing first half against Augsburg.

Bayern had just four shots on goal and none on target in the first 45 minutes but improved after the break.

It eventually broke the deadlock eight minutes from time. The referee had initially waved play on but revoked his decision and awarded Bayern the spotkick following a video review for a handball by Augsburg defender Reece Oxford. 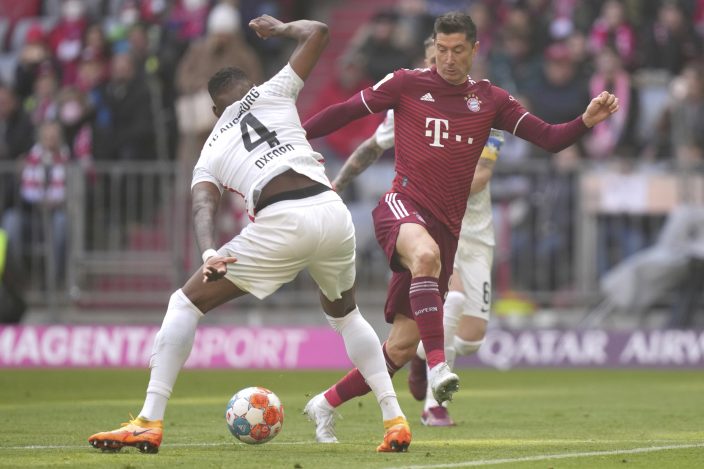 Lukas Nmecha scored twice to set Wolfsburg on its way to a convincing 4-0 win over relegation-threatened Arminia Bielefeld. 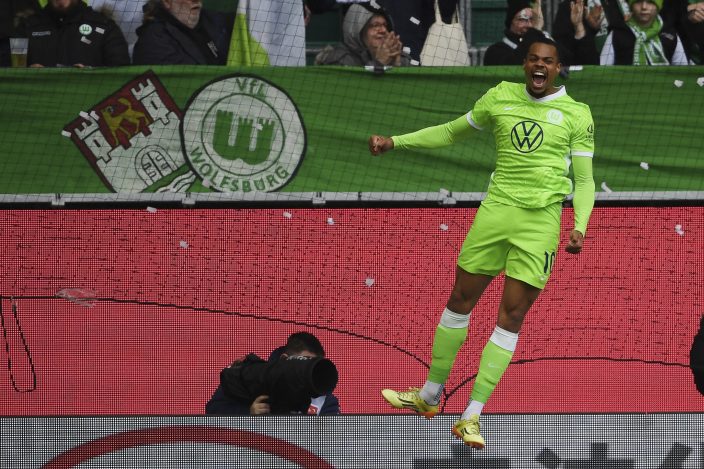 Wolfsburg's Lukas Nmecha celebrates after his goal for 1:0 during the Bundesliga soccer match between VfL Wolfsburg and Arminia Bielefeld in Wolfsburg, Germany, Saturday, April 9, 2022. (Swen Pfoertnerdpa via AP)

Nmecha fired Wolfsburg into the lead in the 11th minute and doubled his tally with a header shortly before halftime. Maximilian Arnold and Max Kruse wrapped up the points within eight minutes of the second half. 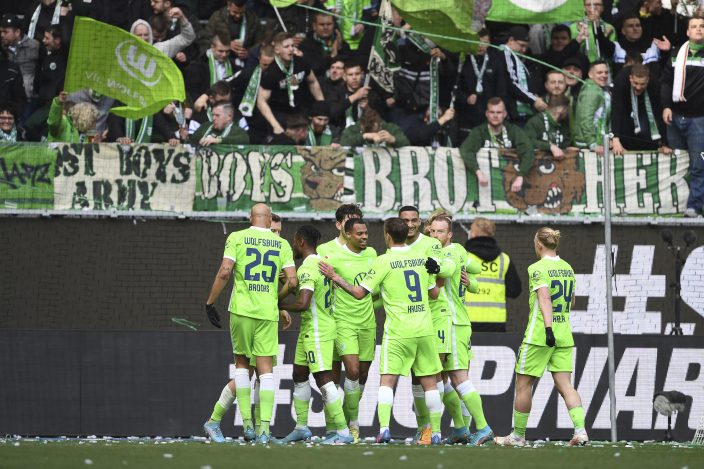 Cologne scored three goals in the final half-hour to recover from 2-0 down and beat Mainz 3-2 to boost its hopes of European qualification.