The only active multiple champion at NASCAR's top level has no idea where he'll be driving next year. But if it's not in the Cup Series, Kyle Busch can land a ride with his 6-year-old son.

Busch has been sponsored by M&M's since he joined Joe Gibbs Racing in 2008, but the company informed the team ahead of the season that it was leaving NASCAR at the end of this year. That started a sponsorship search at JGR that will be key in retaining Busch, who won last week at Bristol to tie Richard Petty with a victory in 18 consecutive seasons. 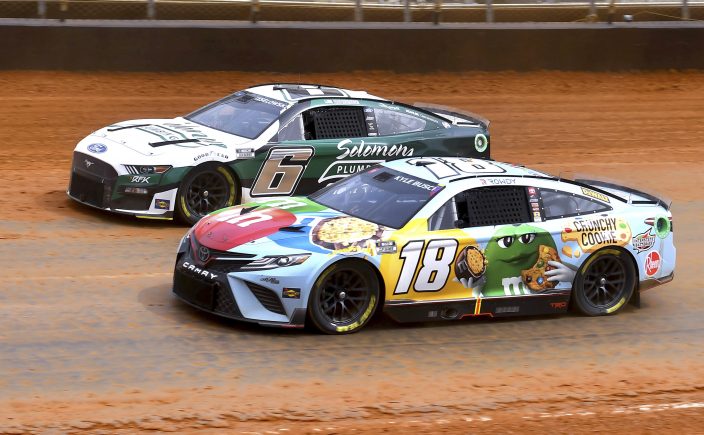 Busch was matter-of-fact following Saturday qualifying at Talladega Superspeedway about his future in the No. 18 Toyota.

Is he antsy about the uncertainty? 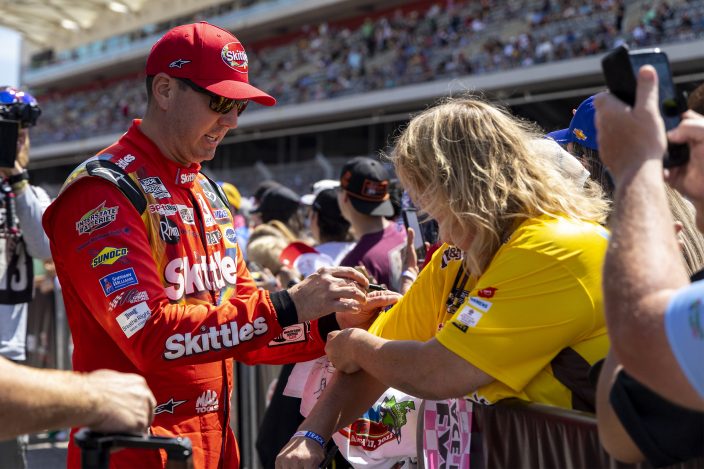 “I’m not getting antsy about it. If it happens, it happens. If it don’t, it don’t. Goodbye.”

Wait, so leaving JGR is an option?

Gibbs has not been made available to reporters since Busch's win at Bristol, where he was accompanied last Sunday night by JGR vice chairman Coy Gibbs.

“So, I don’t deal with the sponsorship stuff directly,” Coy Gibbs said. “I kind of stick on the competition side. But we’ve got a couple people we’re talking to, so we’re excited about that, excited about the leads. I think any time you win, it helps.”

Deciphering Busch's curt remarks Saturday was at times a slippery slope. When Busch was asked if JGR can't find any funding for him if there would be another Cup seat open for Busch, he answered “probably not.” But when pressed to clarify if that meant he'd retire, Busch grew visibly frustrated.

Busch has been with JGR for 14 years; the team signed him and M&M's following his firing from Hendrick Motorsports. He'd been with Hendrick since he was 18, but the team found him untamable and cut him loose when Dale Earnhardt Jr. became available.

Gibbs snapped up Busch and has been rewarded with two Cup championships with the driver. Busch leads all active drivers with 60 Cup wins, and he's won 223 victories across NASCAR's three national series.

He's part of a four-driver lineup at JGR alongside veterans Denny Hamlin, a three-time Daytona 500 winner, former champion Martin Truex Jr. and Christopher Bell, who is in his second full season with the team.

But Busch spends a fair amount of time working on his son's budding race career, and he and his wife, Samantha, are expecting a daughter via a surrogate next month.