India recorded the pandemic’s highest single-day death toll in the world on Wednesday, as coronavirus infections continued to spread through its vast rural areas with weak health systems.

The Health Ministry reported 4,529 deaths in the past 24 hours, driving India's confirmed fatalities to 283,248. It also reported 267,334 new infections, as daily cases dropped below 300,000 for the third consecutive day. The numbers are almost certainly undercounts.

The previous record for most daily deaths from the coronavirus was set on Jan. 12 in the United States, when 4,475 people died, according to data from Johns Hopkins University. 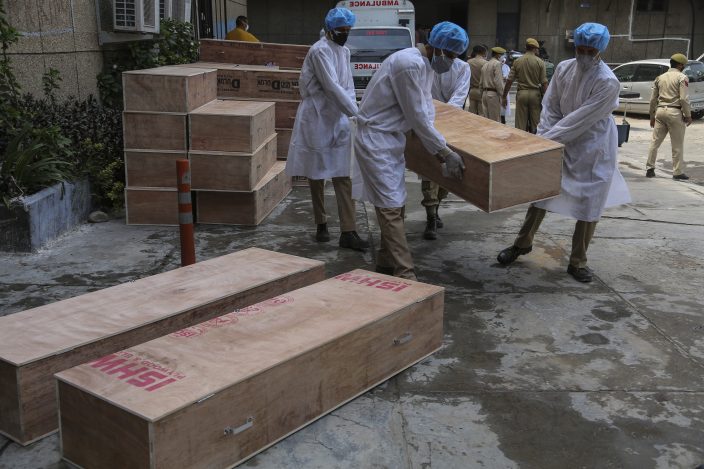 With over 25 million cases, India’s confirmed infections are the second highest after the U.S.

Experts say the country’s new cases, which had been rising steeply, may finally be flattening, although at a high plateau with about 340,000 confirmed daily cases last week. But deaths have continued to rise and hospitals are still crowded with patients. Over the last month, India’s COVID-19 fatalities have jumped six-fold.

While megacities such as Mumbai and New Delhi have seen signs of improvement in recent days, there is concern that the virus is spreading through the vast countryside where a majority of the people live and where health care and testing are limited. 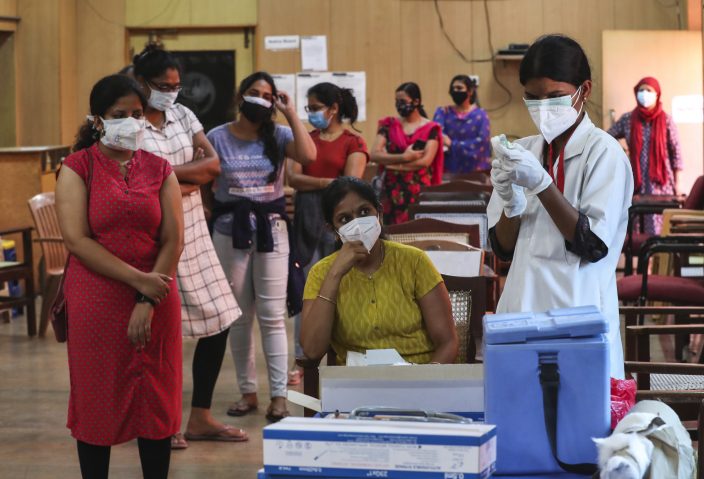 An Indian nurse prepares to administer a dose of Covishield, Serum Institute of India’s version of the AstraZeneca vaccine to a woman as others wait their turn in Bengaluru, India, Wednesday, May 19, 2021. India has the second-highest coronavirus caseload after the U.S. with more than 25 million confirmed infections. (AP PhotoAijaz Rahi)

The situation is particularly alarming in Uttar Pradesh, India's most populous state with 200 million people, where a court Monday said citizens have been left “at God’s mercy." Even though new cases have been declining over the past week, the state continues to have more than 136,000 confirmed active infections.

Government officials are racing to limit the virus's spread in the state's villages. Teams have reached nearly 90,000 villages and the virus has been detected in about 21,000 of them, the Press Trust of India news agency cited senior health official Amit Mohan Prasad as saying.

Health experts say the true extent of the virus is hard to gauge, in part because of weak data, and that the government response has come too late. 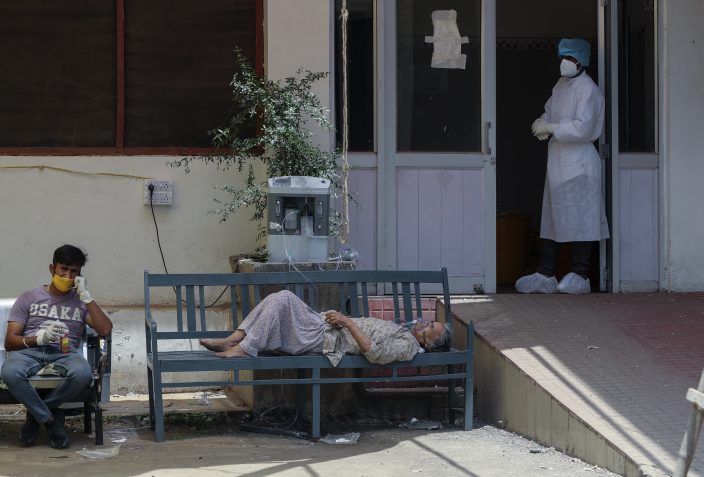 A COVID-19 patient receives oxygen outside a government run hospital in Jammu, India, Wednesday, May 19, 2021. India has the second-highest coronavirus caseload after the U.S. with more than 25 million confirmed infections.(AP PhotoChanni Anand)

“The national story hid what was going on in rural India and it continues to be fairly invisible,” said Murad Banaji, a mathematician modeling India’s cases.

India’s vaccination drive is also faltering just at the time when it is needed the most. The number of daily administered doses has fallen by about half over the last six weeks, from a high of 4 million a day on April 2 to around 2 million or less this week.

Many states say they don’t have enough vaccine to administer. 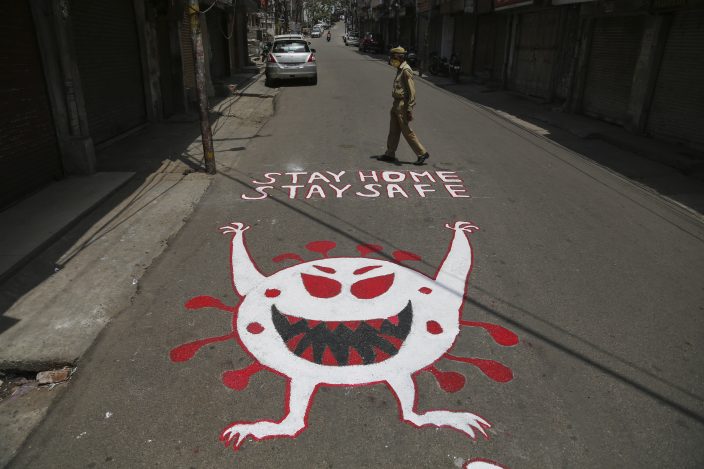 An Indian police man walks past an awareness message painted on a road during a curfew to curb the spread of coronavirus in Jammu, India, Wednesday, May 19, 2021. India has the second-highest coronavirus caseload after the U.S. with more than 25 million confirmed infections.(AP PhotoChanni Anand)