Jim France was ecstatic in the garage before the Daytona 500. The grandstands were full for the first time in two years, fans again roamed every inch of the grounds in search of a selfie or a signature, and there was no threat of rain ruining NASCAR's biggest race of the season.

There was no talk of NASCAR's new car or new rules. No sense of foreboding ahead of the start. The show was all that mattered.

“I keep looking up, so thankful we've finally got perfect weather,” said NASCAR's chairman. “This is going to be a perfect day.” 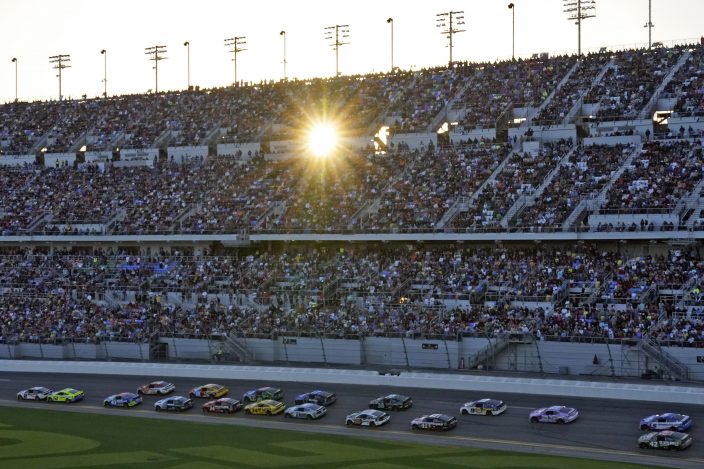 And so it was for NASCAR, which wrapped its 64th running of “The Great American Race” without a single snag. The race was fine and free of drama, the Next Gen car was as good as advertised, and rookie Austin Cindric was a fresh first-time winner who gifted Roger Penske a victory on the team owner's 85th birthday.

The race marked a return to normalcy for NASCAR, which found flexibility during the pandemic that helped America's top motorsports series navigate its way through two turbulent years. A willingness to adapt and break from its long traditions has helped stabilize NASCAR at the same time it's undergoing massive change.

Shutdowns and mandates forced NASCAR to race where it could in 2020, a catalyst to the most significantly overhauled schedule in series history the next season. Cover Bristol in dirt? Sure! Add more road courses? Absolutely! 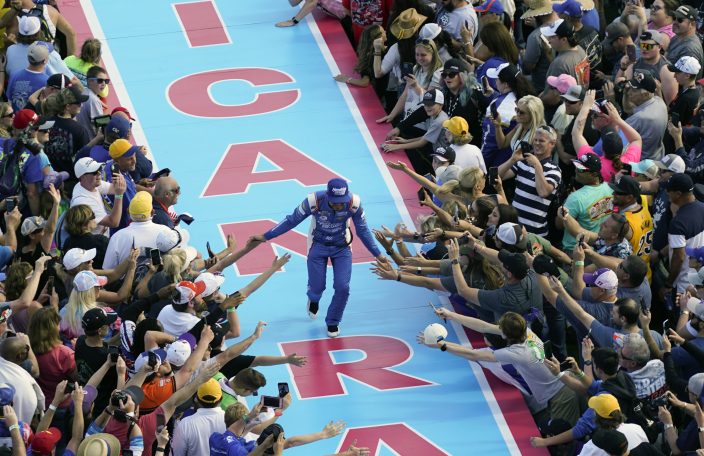 Taking a few risks emboldened NASCAR to think entirely outside its comfort zone.

NASCAR built a temporary track inside Los Angeles Memorial Coliseum and then moved The Clash from Daytona International Speedway, its only home since its 1979 debut, to Los Angeles. The star-studded exhibition race earlier this month even included a halftime — unheard of in motorsports — with a six-minute set performed by Ice Cube.

The success of The Clash re-energized the industry ahead of the Daytona 500, which had sold out well over a month in advance and had an estimated 120,000 spectators on site Sunday across speedway grounds.

"If you ask the question how I think NASCAR is today and what we see, I think we’re on a great trajectory,” Penske said. “All of the new fans that we had at the Coliseum, and certainly selling this place out and sponsorships and suites, I think it’s terrific.”

NASCAR looked much different Sunday than it did two years ago at the Daytona 500, when then-President Donald Trump descended on the speedway. Trump delivered the command to start engines, but his appearance turned the Daytona 500 into something closer to a campaign rally.

Bubba Wallace that day was the only Black driver in the Daytona 500 field, and that was still the case when he crossed the finish line in second behind Cindric on Sunday. But the demographics within the sport have dramatically improved as NASCAR works to broaden its traditional audience.

Michael Jordan is now owner of a team and was at the Daytona 500 for a second consecutive year. Jordan, who made it from the race to Cleveland in time for the NBA's celebration Sunday night of its 75th season, is co-owner of 23XI Racing, and with Wallace as the driver it marks the only pairing of a Black owner and Black driver at NASCAR's top level.

Pitbull has an ownership stake at Trackhouse Racing, which fields a car for Mexican driver Daniel Suarez, and the team recently welcomed UFC President Dana White to its ownership group.

But in addition to Jordan's cars, the Daytona 500 featured two new teams run by Black owners. The Money Team Racing, owned by boxing great Floyd Mayweather Jr., made its NASCAR debut with a 26th-place finish by Kaz Grala.

NY Racing, run by Black entrepreneur John Cohen, also got its car in the Daytona 500. Jacques Villeneuve, the former Formula One champion and Indianapolis 500 winner, helped get a new European team into the field, as well.

The sun shined on all of them, and perhaps the new direction NASCAR needed for years —decades, even — is here. Charles Woodson, the Pro Football Hall of Fame defensive back and Fox Sports analyst, was at Daytona as the official grand marshal and brought his young son and three of his friends to experience the show.

He noted NASCAR's improved diversity efforts had opened options for Black ownership, and when asked if he'd consider getting formally involved with NASCAR, Woodson joked, “Don’t threaten me with a good time, I definitely wouldn't mind exploring it.”

As he soaked in the sights, sounds and scene, Woodson recognized that NASCAR — one of the first major sports to resume competition early in the pandemic and the first to finish its entire 2020 season — is back at full speed.

“People have been ready for this for a long time,” said Woodson, an Orlando resident. “You can just see and feel the energy from the fans at the track. I think we’re ready for this type of event and getting back to doing what we love doing — getting outdoors and watching sports.”