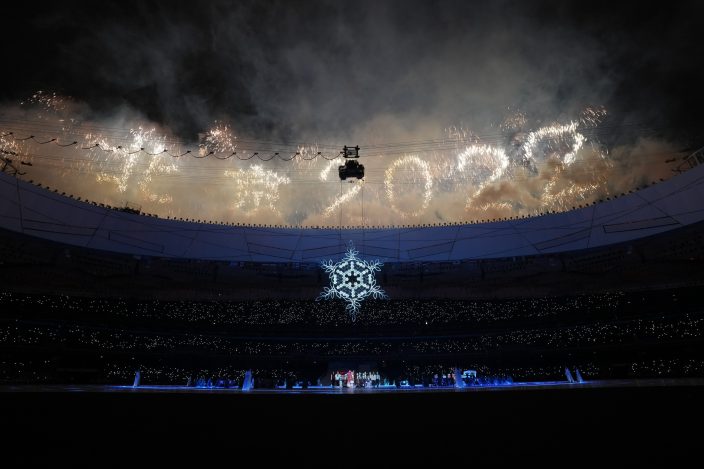 VIRUS OUTBREAK-STUDYING COVID-KIDS — Among the puzzling outcomes of COVID-19 are the symptoms suffered by children. Some youngsters suffer unexplained symptoms long after the virus is gone. Others get reinfected. Some seem to recover fine, only to be struck later by a mysterious condition that causes severe organ inflammation. By Colleen Long and Carolyn Kaster. SENT: 1,200 words, photos. 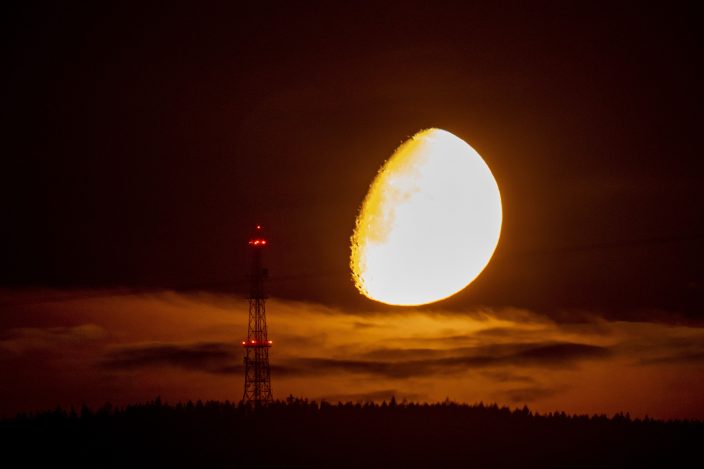 The moon sets behind the hills of the Taunus region near Frankfurt, Germany, Sunday, March 13, 2022. (AP PhotoMichael Probst)

RUSSIA-UKRAINE-WAR-MATERNITY HOSPITAL — A pregnant woman and her baby have died after Russia bombed the maternity hospital where she was meant to give birth. Images shot by AP journalists of the woman being rushed to an ambulance on a stretcher had circled the world. By Mstyslav Chernov. SENT: 710 words, photos, video.

RUSSIA-UKRAINE-WAR — Besieged Ukrainians hold hope that renewed talks with Moscow might open the way for more civilians to evacuate as Russian forces pressure the capital by firing artillery rounds into residential buildings. The talks Monday come a day after Russia escalated its offensive by shelling areas close to the Polish border. Russian missiles killed 35 people in an attack a military base in western Ukraine that is a hub for cooperation between Ukraine and the NATO countries supporting its defense. The attack raised the possibility that the alliance could be drawn into the fight. By Yuras Karmanau. SENT: 1,000 words, video, photos. With RUSSIA-UKRAINE-WAR-THE LATEST, RUSSIA-UKRAINE-WAR-THINGS TO KNOW (both sent, developing).

RUSSIA-UKRAINE-WAR-UNITED STATES-CHINA — A U.S. official says Russia asked China for military equipment to use in its invasion of Ukraine, a request that is heightening tensions about the ongoing war ahead of a Monday meeting in Rome between top aides for the U.S. and Chinese governments. By Aamer Madhani and Josh Boak. SENT: 1,000 words, photos.

RUSSIA-UKRAINE-WAR-PUTIN — More than two weeks into a war he expected to dominate in two days, Vladimir Putin is projecting anger, frustration at his military’s failures and a willingness to cause even more violence and destruction in Ukraine, in the assessment of U.S. intelligence officials. By Nomaan Merchant. SENT: 1,000 words, photos.

RUSSIA-UKRAINE-WAR-ASYLUM SEEKERS — More than 8,600 Russians have sought refuge in the U.S. on the Mexican border in recent months. Many fly from Moscow to Cancun, entering Mexico as tourists. To claim asylum in the U.S., they then proceed to a tiny piece of U.S. soil. UPCOMING: 1,100 words by 11 a.m. photos.

ISRAEL-RUSSIAN OLIGARCHS — Israel grapples with how to deal with dozens of Jewish Russian oligarchs as Western nations step up sanctions on businesspeople with ties to Vladimir Putin. UPCOMING: 720 words by 6 a.m., photos.

VIRUS OUTBREAK-CHINA — The fast-spreading “stealth omicron” variant is fueling China’s biggest COVID-19 outbreak in two years, with 1,337 locally transmitted cases being reported across dozens of mainland cities. The vast majority of those counted Monday were in far northeastern Jilin province. But the locked-down city of Shenzhen reported 75 as residents began the first of three rounds of mass testing. SENT: 400 words, photos.

HOMELESS ATTACKS — Police search for a man who is believed to have attacked multiple people who were sleeping on the streets in Washington, D.C., and New York City, killing two of his victims and injuring three others. SENT: 350 words.

NFL-KAEPERNICK — Colin Kaepernick hasn’t yet given up on the NFL. He’s seeking receivers to catch his passes and a team to sign him. SENT: 350 words.

ELECTION 2024-TRUMP ALTERNATIVES — Two years before the 2024 election, a shadow primary of sorts is already taking shape among no fewer than three fierce anti-Trump Republicans to determine who is best positioned to occupy the anti-Trump lane. By National Politics Writer Steve Peoples. SENT: 1,200 words, photos.

MICHIGAN-GOVERNOR-KIDNAPPING PLOT — After more than two days of testimony, jurors have unflattering snapshots of four men who are charged with planning to strike back against government by kidnapping Michigan Gov. Gretchen Whitmer. SENT: 850 words, photos.

BOY SCOUTS-BANKRUPTCY — A trial to determine whether the Boy Scouts of America’s proposed reorganization plan should be approved is beginning more than two years after it sought bankruptcy protection amid an onslaught of child sex abuse allegations. SENT: 650 words, photo.

BREONNA TAYLOR-ANNIVERSARY — Breonna Taylor’s family joins with demonstrators and other supporters to mark the two-year anniversary of the Black woman’s death in a botched police raid. SENT: 550 words, photos.

COLOMBIA-ELECTIONS — Colombians vote for a new congress and also cast ballots in presidential primaries to choose party candidates for the May presidential contest. SENT: 360 words, photos.

TAIWAN LOST JET — Taiwan’s air force said one of its French-made Mirage 2000 fighter jets appears to have been lost off the island’s east coast, but the pilot has been rescued after parachuting to safety. SENT: 200 words.

FINANCIAL MARKETS — Stocks are mixed in Asia and oil prices have fallen as uncertainty over the war in Ukraine and persistently high inflation keep investors guessing about what lies ahead. Tokyo and Sydney advanced Monday while Hong Kong dropped 4%. Oil prices slipped about $3 per barrel. SENT: 550 words, photos.

RUSSIA-US SPACE — U.S. astronaut Mark Vande Hei has made it through nearly a year in space, but faces what could be his trickiest assignment yet: riding a Russian capsule back to Earth in the midst of deepening tensions between the countries. By Aerospace Writer Marcia Dunn. UPCOMING: 1,100 words by noon, photos.

OBIT-WILLIAM HURT — Actor William Hurt, who was one of the 1980s foremost leading men in movies such as “Broadcast News,” “Body Heat” and “The Big Chill,” has died. He was 71. By Film Writer Jake Coyle. SENT: 1,000 words, photos.

BRITAIN-FILM-AWARDS — Sci-fi epic “Dune” has won five prizes and dark Western “The Power of the Dog” has been named best film at the British Academy Film Awards. Jane Campion was named best director for “The Power of the Dog,” only the third woman to win the prize in the awards’ seven-decade history. By Jill Lawless. SENT: 900 words, photos.