Israeli forces shot and killed a Palestinian in the occupied West Bank city of Hebron during clashes that broke out after Friday prayers, the Palestinian Health Ministry said.

The Health Ministry said Ahmed al-Atrash, 29, was killed in Hebron on Friday. The Israeli military said its forces shot a Palestinian who threw a firebomb at them. 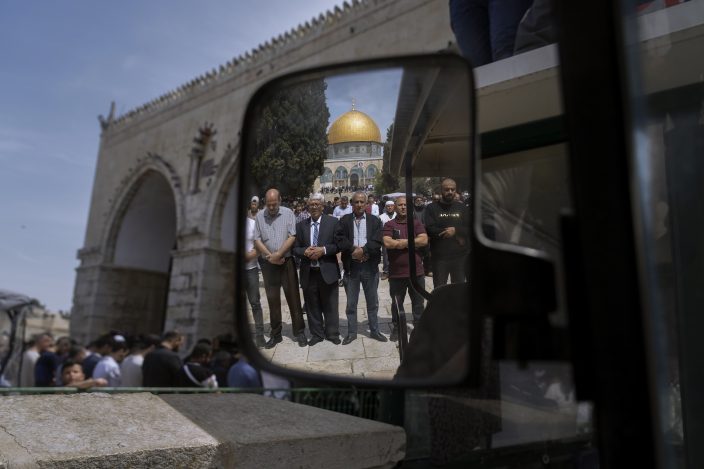 Muslim men reflect in a mirror as they offer Friday prayers next to the Dome of the Rock Mosque in the Al Aqsa Mosque compound in Jerusalem's old city, Friday, April 1, 2022. (AP PhotoMahmoud Illean)

Several hundred Jewish settlers live under heavy military protection in the heart of Hebron, a city of more than 200,000 Palestinians and home to a major holy site sacred to Jews and Muslims.

At the Al-Aqsa mosque in east Jerusalem, the third holiest site in Islam, authorities said more than 30,000 people attended Friday prayers on the eve of Ramadan, which begins this weekend. There were no reports of protests or violence. 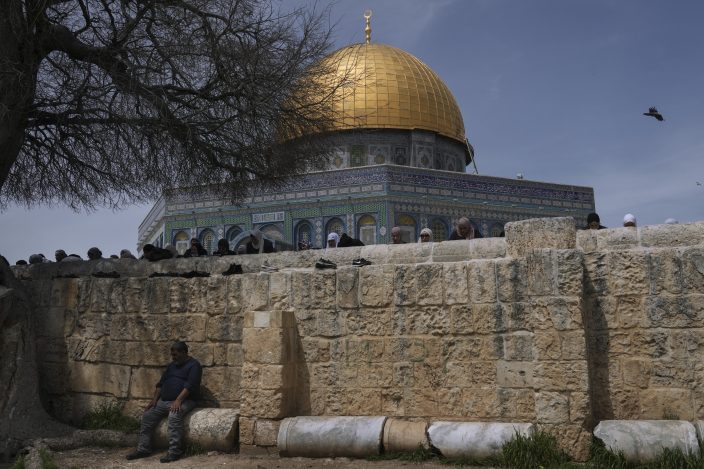 Muslim worshippers gather for Friday prayers, next to the Dome of the Rock Mosque in the Al Aqsa Mosque compound in Jerusalem's old city, Friday, April 1, 2022. (AP PhotoMahmoud Illean)

The hilltop on which the mosque is located is the holiest site for Jews, who refer to it as the Temple Mount, and it has been a frequent flashpoint in the century-old conflict.

Israeli, Palestinian and Jordanian leaders have held a flurry of talks in recent weeks, and Israel has made a series of goodwill gestures, all aimed at calming tensions ahead of Ramadan.

They hope to avoid a repeat of last year, when protests and clashes in Jerusalem during Ramadan ignited an 11-day Gaza war and Jewish-Arab violence in Israel's mixed cities.