Devon Toews scored with 4:26 remaining, Darcy Kuemper stopped 38 shots and the Colorado Avalanche tied the franchise record for most home wins in a season with a 3-2 victory over the Pittsburgh Penguins on Saturday.

Nicolas Aube-Kubel and Mikko Rantanen also scored for Colorado in a fast-paced game that had just one penalty and featured two of the best scorers in the business, Sidney Crosby and Nathan MacKinnon. 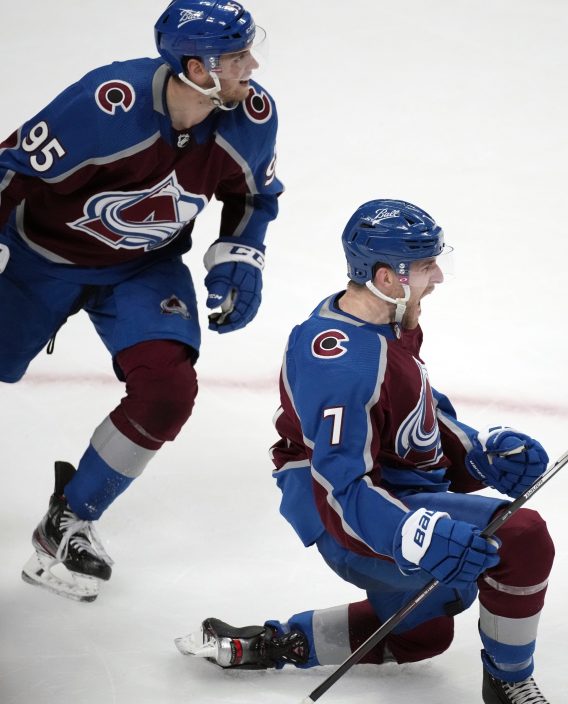 Mike Matheson and Crosby had goals for the Penguins. Crosby’s goal gave him 1,397 career points — one point away from joining Jari Kurri and Alex Ovechkin in a three-way tie for 21st-most in NHL history.

Gustav Forsling scored twice, including at 1:45 of overtime, and Florida overcame a four-goal deficit. 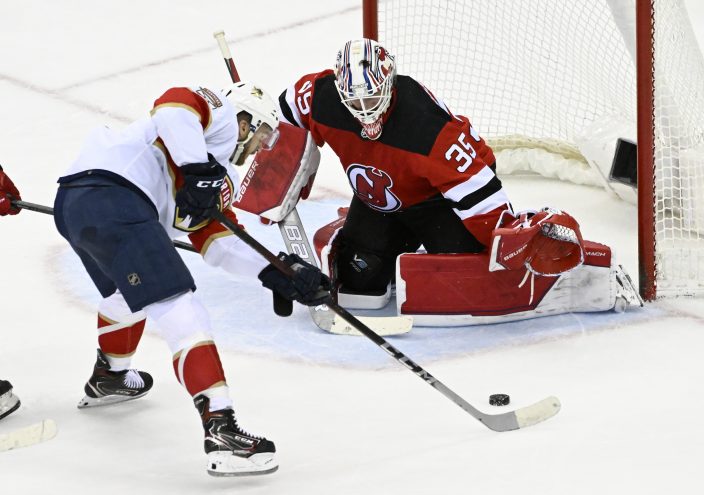 Aleksander Barkov also had two goals. Radko Gudas, Ben Chiarot and Brandon Montour each scored to help the Panthers win their third straight game. Spencer Knight stopped six shots, picking up the victory in relief of goalie Sergei Bobrovsky, who was pulled after allowing six goals on 25 shots in the first two periods.

Yegor Sharangovich had his first career hat trick for New Jersey. Jack Hughes, Janne Kuokkanen and Andreas Johnsson also scored for the Devils, who fell for the eighth time in 11 games. Andrew Hammond took the loss, his first of the season, allowing seven goals on 41 shots in his Devils debut.