If you’re gonna face a jury for a crime you’ve already confessed to — and even explained how you did it — you’d better have something going for you besides a “not guilty” plea.

The real-life character of Britain's Kempton Bunton, an amiable sexagenarian taxi driver who was acquitted of stealing a national art treasure in 1961, definitely did. He had charm, he had wit, and he had a good story.

The same could be said for what British director Roger Michell, who died last year at 65, brings to “The Duke.” He imbues his last film with so much charm, wit and good storytelling that he, too, cannot help but win. 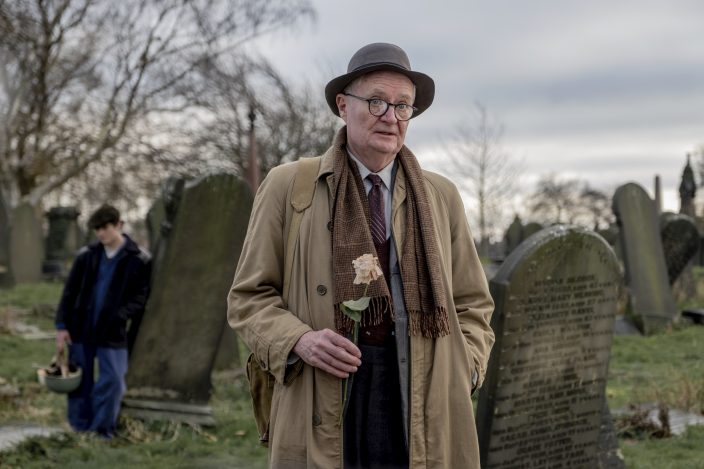 One of Michell’s talents was to pick the right cast and let the chemistry shine. After all, this is the man who directed Julia Roberts and Hugh Grant in the classic rom-com “Notting Hill.”

“The Duke” — named after the Goya portrait of the Duke of Wellington that was famously stolen from the National Gallery — is no rom-com. Jim Broadbent’s Kempton is a portly man who struggles to hold down a job (as a cab driver, he talks too much) and writes plays that don't get produced. Helen Mirren’s Dorothy is his subdued wife, who cleans houses and suppresses sadness over a family tragedy. But their touching chemistry does the trick, and Broadbent — who has much more to do in the film — is darned near perfect as a man whose Robin Hood-like principles won out in the most unlikely of scenarios.

Of course, it was those principles that got Bunton into trouble in the first place. (Reader, please note: The script takes some liberties from the real story, which itself contains a huge twist, but to describe all that here would spoil much of the fun. You’ll learn the truth by the end. Also, there’s Google.) Briefly put, Bunton was passionate about free access to television, particularly for the OAP, meaning old-age pensioners — many of whom couldn’t afford the government’s mandatory license fees for the BBC. 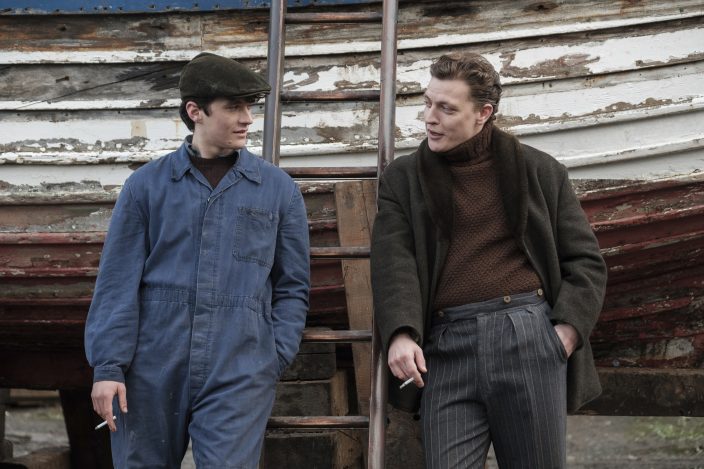 It was access to television, Bunton felt, that connected the elderly to the outside world. And so, soon after we meet him, he’s spending a couple weeks in prison for refusing — on principle — to pay his own licensing fee.

Wife Dorothy is thoroughly embarrassed by her husband’s social activism, which also finds him campaigning in the streets. And she has little patience for his copious playwriting. (One of his plays, he tells a woman in the shops, imagines Jesus as a woman and is called “The Adventures of Susan Christ.”) We learn through one of the couple’s two sons, Jackie, that the playwriting is a coping mechanism to deal with their daughter’s death in a bicycle accident, a tragedy Dorothy refuses to discuss.

Kempton promises Dorothy that after a two-day trip to London to launch a final push for his social causes — AND his plays — he'll settle down and find steady work. But in London, nobody wants to listen. Dejected, he sits down and sees a newspaper on the ground. It tells of that portrait of the duke, for which the government has paid a huge sum, tantamount to millions today, to avoid losing to an American collector. Imagine how many seniors could get free TV licenses for that sum? 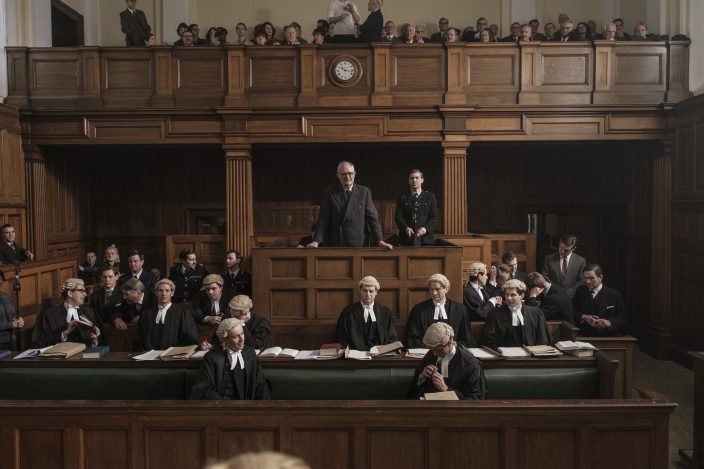 And soon, presto, the painting is gone — slipped out through a washroom window of the National Gallery in the middle of the night.

Kempton and son Jackie (an appealing Fionn Whitehead) quickly build a fake wall for the bedroom cupboard. After all, even more frightening than the police finding the hot painting is the prospect of Dorothy finding out. As for the hapless police, they quickly announce that the theft is likely the work of a sophisticated gang of international art thieves. Watching Broadbent’s Kempton nearly choke to death on his biscuit when he hears the police, on TV, refer to the culprit as “almost certainly a trained commando” is pretty priceless.

But it’s the balance between humor and pathos that makes this film work, and the trial scenes are the high point, with the bewigged judge and prosecutor clearly unprepared for the sympathetic response Bunton will receive. (Matthew Goode also impresses as an impossibly suave defense attorney — when Bunton first meets him, he says he feels like he’s about to be offered a gin and tonic.) 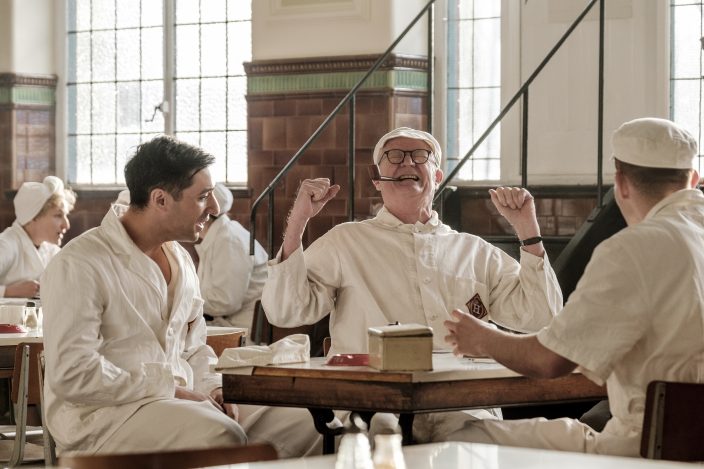 Speaking of suave, and of cocktails, there’s also a sly appearance here from Sean Connery as James Bond in “Dr. No,” which, in case you don't recall, happened to feature the very same portrait of the Duke of Wellington. The humor in Broadbent and Mirren’s faces here, and elsewhere, is one of the many joys of this delightful and poignant film, a fitting punctuation mark to its director’s career.

“The Duke,” a Sony Pictures Classics release, has been rated R by the Motion Picture Association of America “for language and brief sexuality.” Running time: 96 minutes. Three stars out of four. 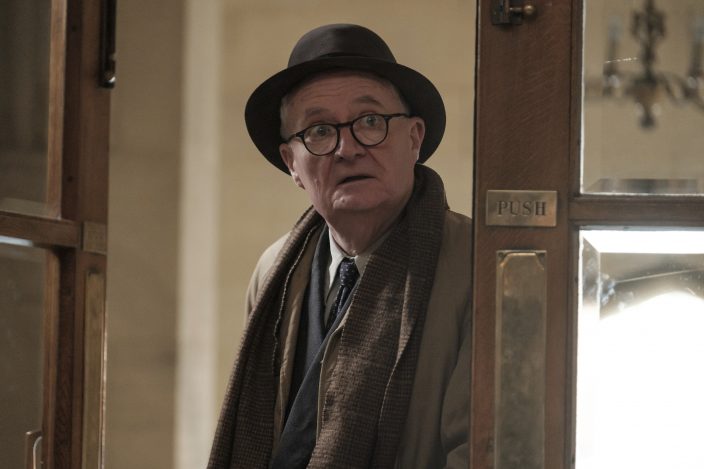