Robinson Chirinos drove in three runs and Bruce Zimmermann pitched five-hit ball into the seventh inning of the Baltimore Orioles' 5-3 victory over the Los Angeles Angels on Friday night.

Anthony Santander and Ramón Urías drove in runs in a small-ball rally in the sixth for the Orioles, who have won twice in the first five games of their 10-game road trip.

Anthony Rendon hit a two-run homer in the seventh for the Angels, who struggled in their return to the Big A after an impressive 5-2 road trip that put them in first place in the AL West. 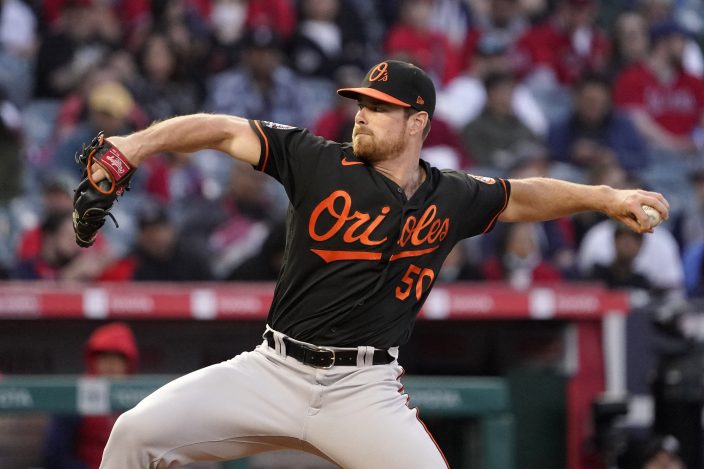 Zimmermann (1-0) had another solid start for the Orioles, facing the minimum 15 batters through five innings while extending his season-opening scoreless streak to 14 innings. He ended Los Angeles' sixth-inning rally by striking out Shohei Ohtani for the third time.

Rendon's homer chased Zimmermann, but three relievers shut down the Angels' powerful lineup. Jorge Lopez pitched the ninth for his third save.

Mike Trout went 1 for 3 with a walk and a leadoff single in the ninth in his return from a three-game injury absence, but he was stranded when Lopez struck out pinch-hitter Brandon Marsh looking to end it. 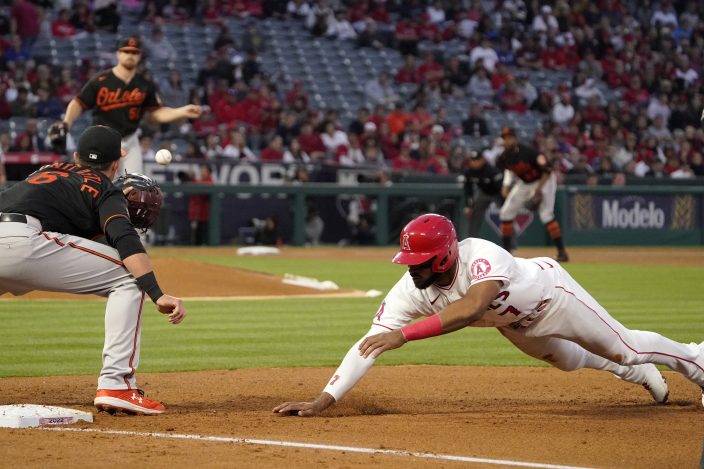 Rookie Reid Detmers (0-1) gave up three hits over five innings in his longest start of the season for the Angels, but Chirinos delivered a two-run single in the second.

Zimmerman tore through the Angels' lineup in the first five innings. His teammates erased all three of Los Angeles' hits with double plays, and Zimmermann struck out Ohtani, Trout and Rendon in an impressive fourth.

Santander and Urías drove in runs on balls that didn't leave the infield during Baltimore's resourceful rally against Archie Bradley, who was charged with three runs after Chirinos added an RBI groundout off Jimmy Herget. 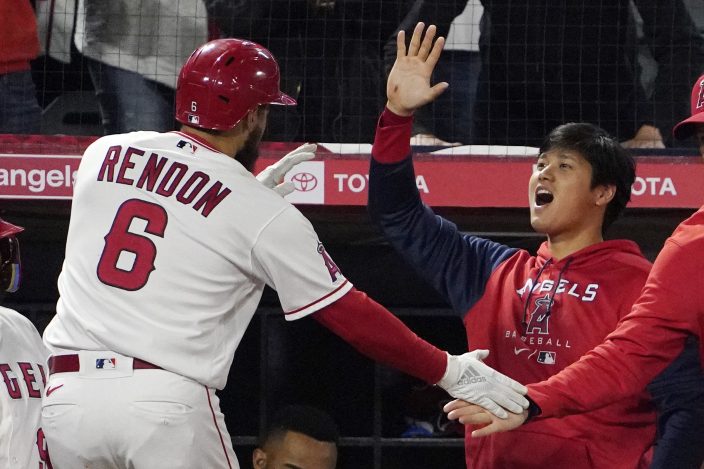 Max Stassi doubled and scored on Andrew Velazquez's flyout in the sixth for Los Angeles' first run, but Zimmermann ended the inning with his third strikeout of Ohtani, whose career offensive numbers are significantly lower against left-handed pitching.

Ohtani went 0 for 4, grounding into an inning-ending double play in the eighth. Orioles: Chirinos missed only one game after getting hit in the face with a pitch in Oakland on Wednesday. 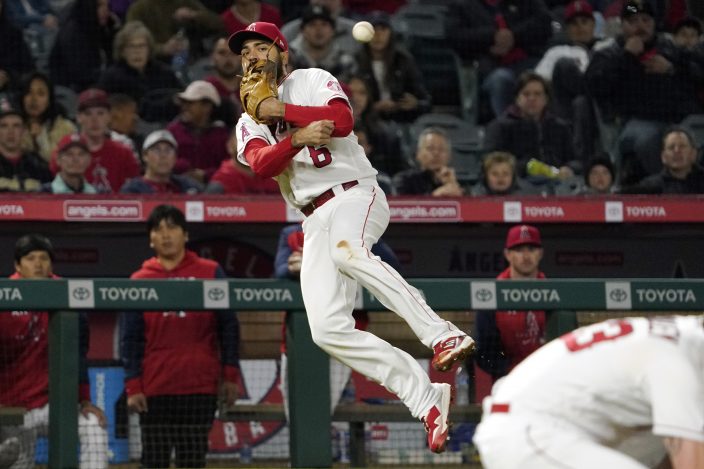 Noah Syndergaard (2-0, 1.59 ERA) takes the mound for the Angels for the second time this season, facing Baltimore's Spenser Watkins (0-0, 2.25 ERA). Syndergaard is the first pitcher to win each of his first two starts for the Angels since Ohtani did it as a rookie.