Yuya Osako scored five goals as Japan routed Myanmar 10-0 to become the first team in Asia to secure a place in the third round of World Cup qualifying on Friday.

China, which plays Guam on Sunday, still has much work to do.

Takumi Minamino's brace for Japan, and a goal each from Hidemasa Morita, Daichi Kamada and Ko Itakura, gave a weakened Myanmar its heaviest-ever defeat. Myanmar, which was missing several stars who had refused to play in protest at February’s military coup, hadn't played an international match in 18 months because of the COVID-19 pandemic. 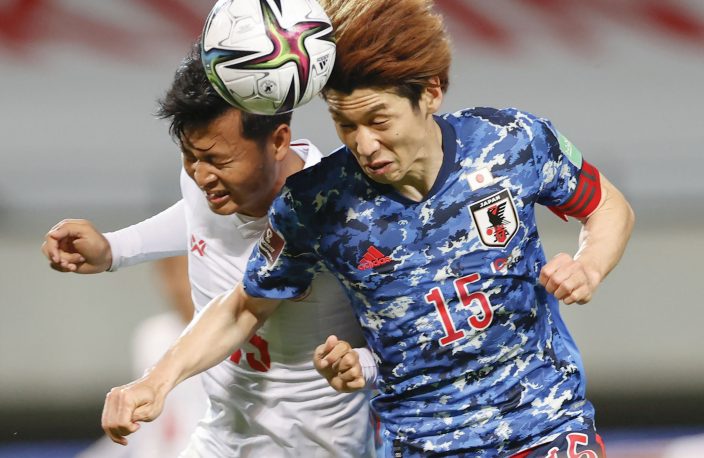 The result was beyond doubt quickly. Osako scored three goals in the first half hour and another two in the second half at Fukuda Denshi Arena, which was closed to fans because of restrictions in place because of the coronavirus.

“We’ve shown that aggressive attitude, to go for another goal even after the result was beyond doubt, and also not slacking off to keep a clean sheet," head coach Hajime Moriyasu said, according to the Kyodo news agency. "They were focused on playing at a high standard.”

Japan has the best record of all teams in the second round of Asian qualification, with 37 goals and none conceded in its six wins in Group F. It moves to the next stage, scheduled to start in September, with two matches to spare. 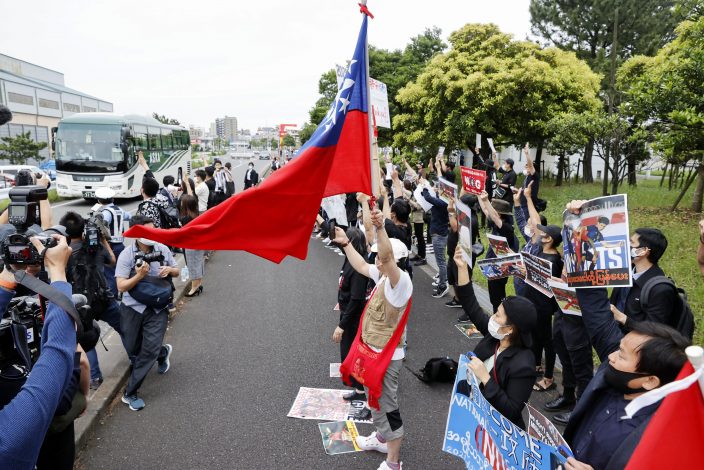 Myanmarese residents in Japan and supporters protest against the military takeover, outside the Fukuda Denshi Arena where the Asian qualification soccer match between Myanmar and Japan for the FIFA World Cup Qatar 2022 is held, in Chiba, east of Tokyo, Friday, May 28, 2021.(Kyodo News via AP)

In contrast, China has collected just seven points in Group A after four games and sits in second place, eight points behind leader Syria though it has a match in hand. As only the group winners and four of the eight runners-up progress to the third round, China may need to win all four of its remaining games with Maldives, Philippines and Syria to come after Guam.

With the investment made in the Chinese Super League on big-name foreign imports and coaches in recent years, China Football Association president Chen Xuyuan knows that the team needs to show signs of success.

“We often say we need to let the people see Chinese football is making progress,” Chen told Xinhua, the country’s official news agency, earlier this month. “But if we get eliminated at this stage, the others will think we must be slipping instead of improving.” 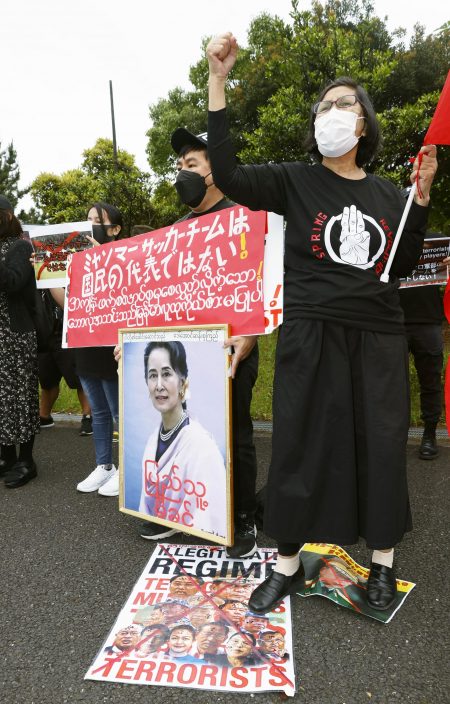 With a photo of deposed leader Aung San Suu Kyi, Myanmarese residents in Japan and supporters protest against the military takeover, outside the Fukuda Denshi Arena where the Asian qualification soccer match between Myanmar and Japan for the FIFA World Cup Qatar 2022 is held, in Chiba, east of Tokyo, Friday, May 28, 2021. The placard reads "Myanmar soccer team does not represent the country."(Kyodo News via AP)

China moved quickly to secure hosting rights after the Asian Football Confederation ruling earlier this year that, due to travel restrictions, all remaining games in each group in the second round of qualification would take place in one centralized venue.

Around 30,000 fans are expected in Suzhou, 110 kilometers (68 miles) west of Shanghai, on Sunday to cheer on the team against Guam though China’s toughest test is likely to come against Syria on June 15.

Coach Li Tie played at the 2002 World Cup, China’s only appearance to date, and the former Everton midfielder has called on five foreign-born players to boost his chances of making the 2022 World Cup in Qatar. 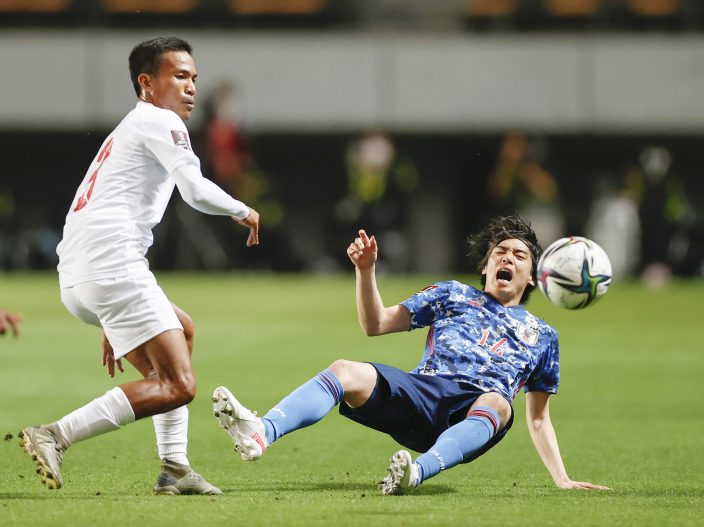 Japan's Junya Ito, right, and Myanmar's Zaw Ye Tun vie for the ball during their Asian qualification soccer match for the FIFA World Cup Qatar 2022 at a stadium in Chiba, east of Tokyo, Friday, May 28, 2021.(Kyodo News via AP)

The Brazilian attacking trio of Elkeson, Alan and Fernandinho have been naturalized after spending five years playing in the Chinese Super League. They are joined by Nico Yennaris and Tyias Browning, born in England but with Chinese heritage.

Along with star player Wu Lei, who has returned from his Spanish club Espanyol, all players have been in a training camp in Suzhou since the Chinese Super League came to a halt on May 17 in order to allow as much preparation as possible. 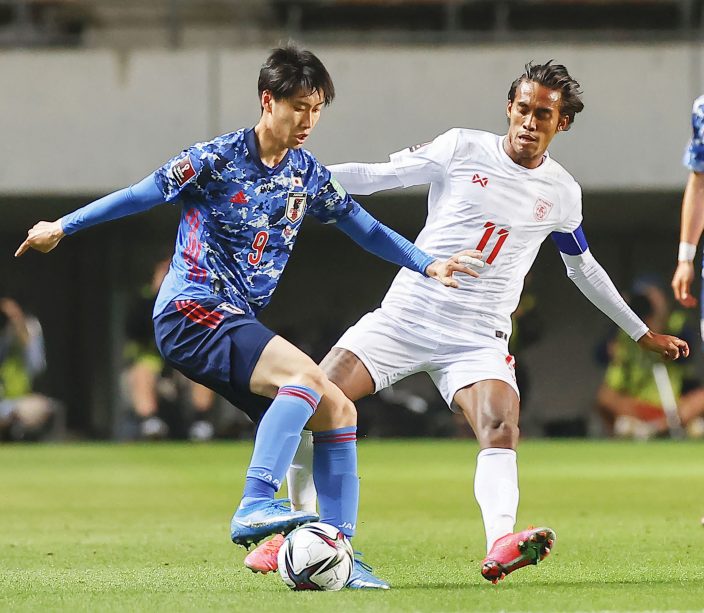 Japan's Daichi Kamada, left, controls the ball against Myanmar's Mg Mg Lwin during their Asian qualification soccer match for the FIFA World Cup Qatar 2022 at a stadium in Chiba, east of Tokyo, Friday, May 28, 2021.(Kyodo News via AP)

World Cup qualifying set to resume in Asia after 16 months