Patrice Bergeron and David Pastrnak dazzled on offense, Tuukka Rask was rock solid in net and the Boston Bruins are moving on to the second round of the playoffs.

Bergeron scored twice at crucial times after Pastrnak's highlight-reel goal, Rask made 40 saves and the Bruins eliminated the Washington Capitals in five games with a 3-1 victory Sunday night. Bergeron delivered the dagger with 7:35 left to set up a second-round showdown against either the Pittsburgh Penguins or New York Islanders.

Chants of “TUUKK!” emanated from a large group of black and gold-clad Boston fans who were part of the limited-capacity sellout crowd of 5,333. Those were occasionally interrupted by “We want the Cup!” — the trophy the Bruins last won a decade ago after a 39-year title drought. 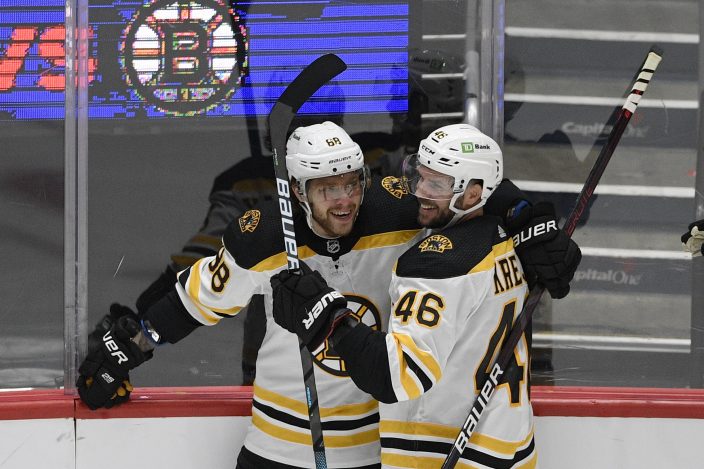 They're 12 wins away, thanks to their best players dominating in Game 5.

Pastrnak made it look easy putting the puck behind his back and through his legs, assisted on Bergeron's first goal and was part of an effort in front of Rask that kept most of the Capitals' shots to the outside. Bergeron, who got the “C" when Zdeno Chara left to sign with Washington, beat Ilya Samsonov with a stoppable shot in the second and stunted a comeback bid with an unassisted goal in the third.

The only shot that beat Rask was Conor Sheary hammering home his own rebound 11 seconds into the third period. That ended an even-strength goal drought of 147:44, but wasn't enough to rally the Capitals, who outshot the Bruins 41-19 and had a would-be goal by Lars Eller with 5:37 remaining waved off for goaltender interference. 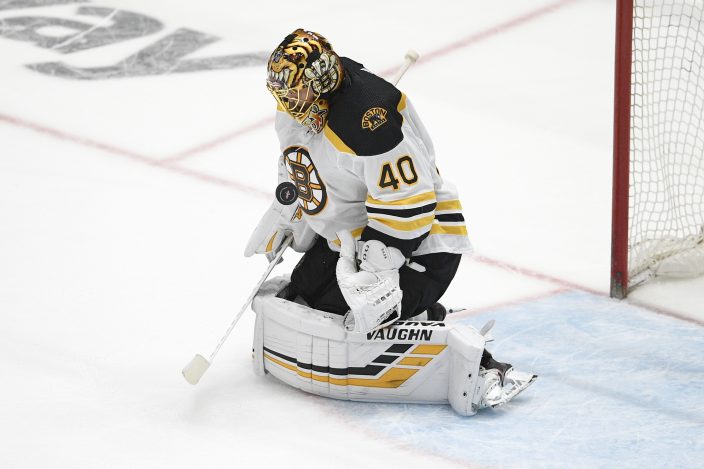 Boston won four in a row against Washington after losing the series opener in overtime. After eking out Game 2 in overtime and Game 3 in double overtime, the Bruins capitalized on an aging, banged-up opponent with few answers for their speed and skill.

It's a third consecutive first-round exit for Alex Ovechkin and the Capitals since they won the Stanley Cup in 2018. This defeat comes after Cup-winning coach Peter Laviolette was brought in for an organization in win-now mode with Ovechkin in the last year of his contract at age 35 and opportunities running out.

While the Bruins joined the Presidents' Trophy-winning Colorado Avalanche as the first teams to advance, the Capitals face a litany of questions this offseason about Ovechkin, center Evgeny Kuznetsov and the goaltending position at large. 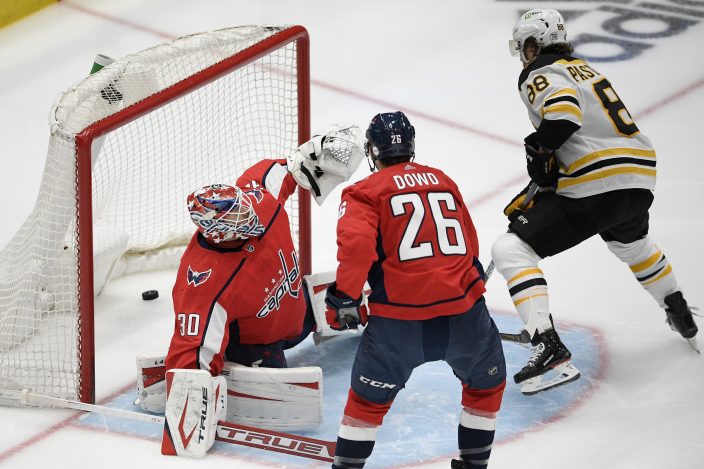 Bruins trade deadline pickups Taylor Hall, Curtis Lazar and Mike Reilly all reached the second round of the NHL playoffs for the first time. Hall won a five-game qualifying round series with Arizona last year, but this is his deepest postseason run after not making it his first seven seasons. 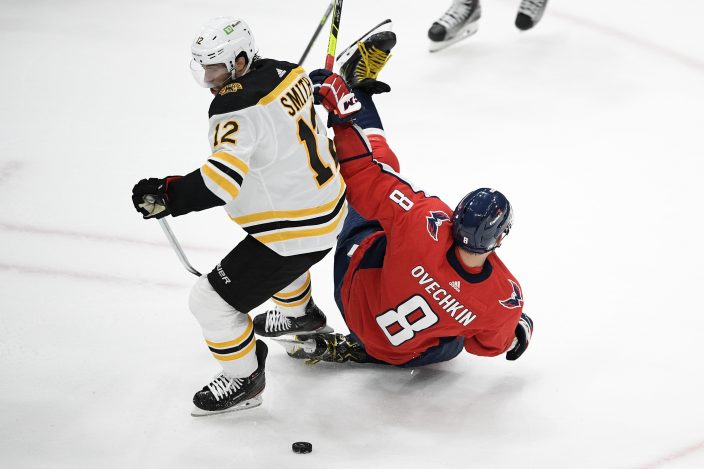 Chara became the ninth defenseman in NHL history to appear in 200 playoff games. Those are in addition to his 1,608 in the regular season.

Playoff game 200 could be Chara's last. The longtime Bruins captain who lifted the Cup in 2011 signed with Washington on a one-year deal and turned 44 in March.

“Zee’s done a good job,” Laviolette said. "He’s come in and he’s provided good defense and penalty kill and he’s a big body out there." 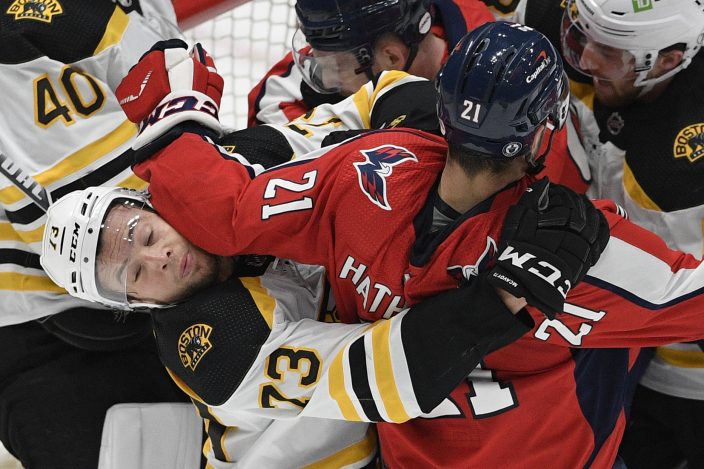 Samsonov allowed three goals on 19 shots, making a third consecutive start for the first time in his NHL career. The young Russian kept the net almost by default after rookie Vitek Vanecek left Game 1 with an injury.

Jarred Tinordi got the call to replace injured defenseman Kevan Miller on Boston’s blue line against the team his dad Mark went on a run with to the 1998 Cup final. Tinordi was 6 at the time and recalls watching most games on TV with his siblings and mom.

Those roles are now reversed with Mark tuning in to catch games when his son is in the lineup and offering some tips along the way.

“My whole career he’s been helping me out, giving me good advice,” Jarred Tinordi said. “He was a guy as a player that went to two Cup finals, and so he has the playoff experience that if I need to lean on him or something, he’s there for me. He’s been great this whole time.”

Bruins: Get a few days off while the Islanders and Penguins face off in the other East Division series, which is tied at two games apiece.

Capitals: Head into a busy offseason with questions surrounding almost half their roster.

Marchand scores in OT, Bruins beat Capitals to even series