Sidney Crosby scored the second of his two goals at 2:21 of overtime for his 1,400th career point, helping the Pittsburgh Penguins snap a four-game losing streak with a 3-2 victory over the Nashville Predators on Sunday.

Crosby added an assist in his 1,100th game, becoming the seventh-fastest player in NHL history to reach 1,400 points. It also was Crosby’s 77th game-winning goal, one behind Evgeni Malkin and Jaromir Jagr for the most in team history.

On his latest winner, Crosby got a pass from Rikard Rakell and tipped it behind David Rittich near the post. 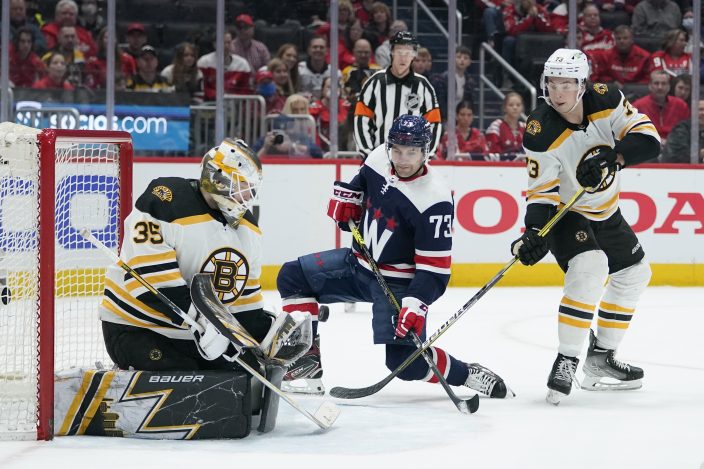 Jason Zucker also scored and Rakell assisted on all three goals for the Penguins. Casey DeSmith stopped 33 shots to help Pittsburgh regain a four-point advantage over Washington for third place in the Metropolitan Division.

Lars Eller made the best of his move back to center, scoring the go-ahead goal and assisting on another score to help Washington beat Boston for its third straight victory.

Eller was only playing center — his natural position — because Nicklas Backstrom was scratched for what the team called “body maintenance.”

Eller assisted on Tom Wilson’s 23rd goal of the season, a career high for the big winger who has scored four times in six games and reached 50 points for the first time.

Alex Ovechkin scored his 45th goal of the season and 775th of his NHL career into an empty net with 1.7 seconds left to seal it. John Carlson also scored, and Vitek Vanecek made 30 saves.