The Stelvio course is skiing’s version of heavy metal. Which is why it fits Dominik Paris, the World Cup circuit’s resident heavy metal singer, so perfectly.

Paris dominated again for his record-extending seventh victory in Bormio on Tuesday and sixth in downhill — making him the first skier to win as many downhills at a single resort. The Italian broke a tie with Swiss standout Didier Cuche, who won five downhills in Kitzbühel, Austria. 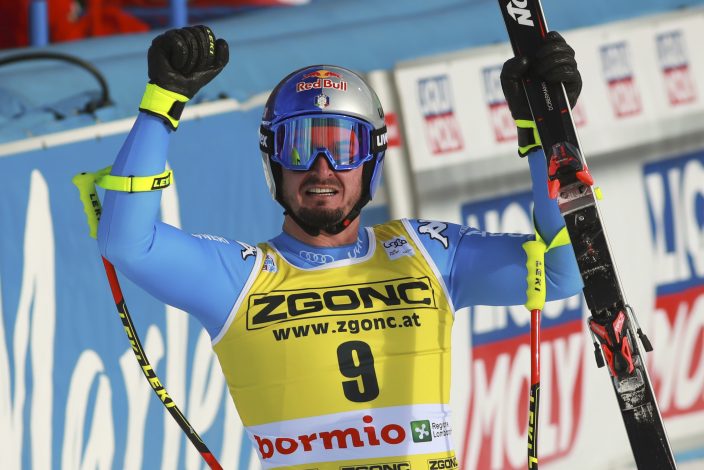 Using his massive legs to absorb the Stelvio’s punishing terrain, Paris finished 0.24 seconds ahead of overall World Cup leader Marco Odermatt of Switzerland and 0.80 ahead of another Swiss skier, Niels Hintermann.

“I gave my maximum from the top to the bottom,” Paris said. “I like it here and I believe in myself. This course is rough and tough. When you’ve given your all here you’re satisfied at the finish.”

While officially no fans were permitted to attend the race because of anti-coronavirus measures, there were still plenty of cheers for Paris all the way down as recreational skiers tried to get as close to the race course as they could. 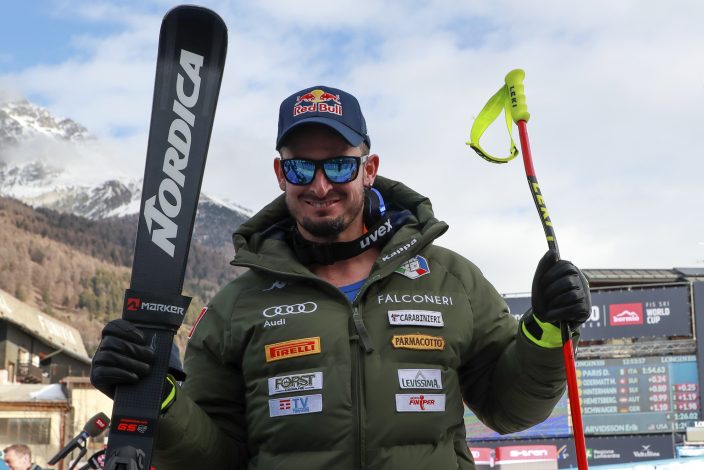 With the 16th World Cup downhill win of his career, Paris moved ahead of Franz Heinzer and Hermann Maier into sole possession of fourth place on the all-time list. Only Franz Klammer (25), Peter Müller (19) and Stephan Eberharter (18) have more downhill wins than Paris.

Most of Paris’ wins came before he tore apart his knee in a crash while training in January 2020. 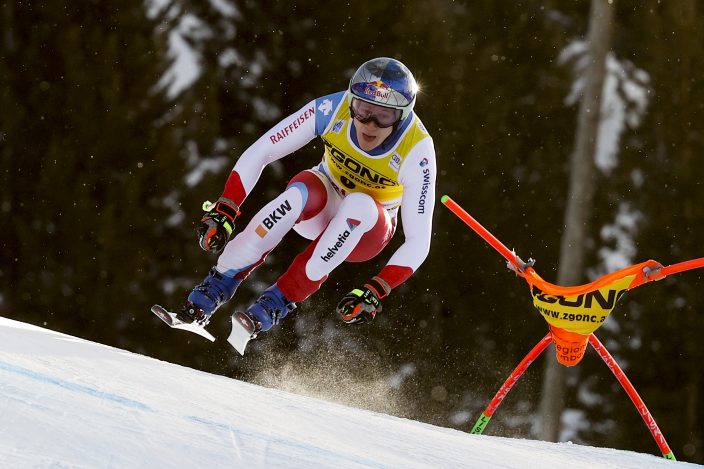 “The skiing is back and my confidence is back,” Paris said.

Odermatt put down what appeared to be a near-perfect run just before Paris started but the Swiss skier hardly had time to sit down in the leader’s seat before the Italian beat him.

Still, Odermatt extended his lead in the overall standings to 286 points. 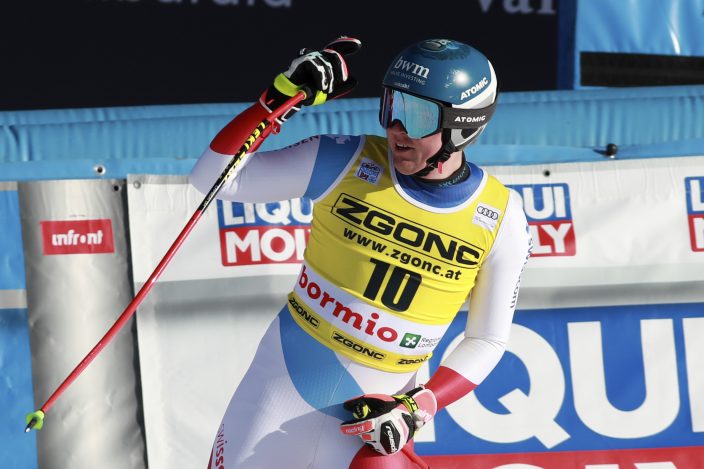 Paris moved to the top of the downhill standings, 10 points ahead of Matthias Mayer, who struggled to a 12th-place finish.

Paris has never won the season-long downhill title and has made that his main goal for the season — ahead of winning a gold medal at the upcoming Beijing Olympics.

Swiss standout Beat Feuz lost control going over some bumps midway down and fell. Feuz, who has won the season-long World Cup downhill title four consecutive times, slid down the mountain but avoided the safety nets.

Urs Kryenbuehl, another Swiss skier, plowed through a gate on the upper section of the course and also failed to finish.

Paris can add to his Bormio total with super-G races scheduled for the Stelvio on Wednesday and Thursday.

At 32, Paris will hope to keep skiing until the 2026 Milan-Cortina d’Ampezzo Olympics, when the men will race on the Stelvio.

Beat Feuz wins at Kitzbühel in last downhill before Olympics