Thousands of people protested Saturday against plans to bulldoze a village in western Germany to expand a coal mine that environmental activists say should be shut down, not enlarged.

The German news agency dpa quoted police in the afternoon as saying that the demonstration in Luetzerath, about 40 kilometers (25 miles) west of Cologne, passed by peacefully. About 2,000 people took part, dpa reported.

It came weeks after the village's last farmer sold his property to the utility company RWE after losing a court case against his eviction. The village is still inhabited by activists, some of whom have built tree houses in a bid to stop the nearby Garzweiler mine from being expanded. 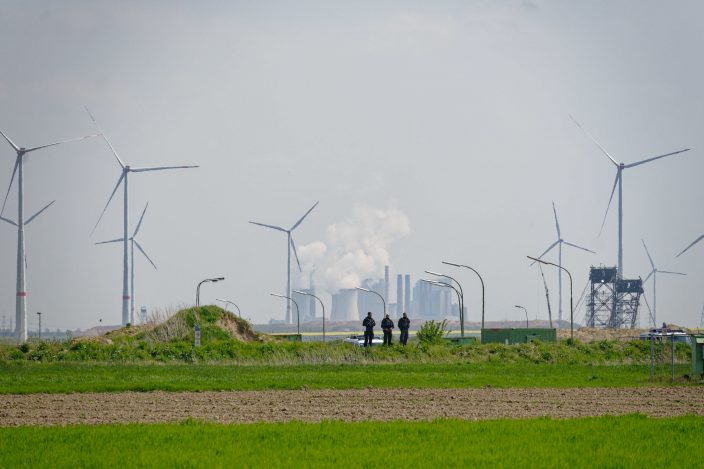 Climate activists argue that the village and others nearby should not be demolished because burning the coal that's still in the ground undermines Germany's efforts to cut greenhouse gas emissions.

Among those taking part in the protest was Ilyess El Kortbi, a climate activist from Ukraine, who criticized Germany for continuing to purchase coal, oil and gas from Russia, arguing that this helps fund Russia's destructive war against his country.

Some German officials have countered that in order to reduce the country's imports of Russian fossil fuels in the short term, Germany needs to rely on other sources of energy, including the lignite coal mined at Garzweiler.

Coal-fired power stations near the mine are among the European Union's biggest emitters of carbon dioxide, the main greenhouse gas.

Recent opinion polls show a significant increase in voter support for the environmentalist Greens party ahead of next month's regional election in North Rhine-Westphalia, where the mine is located.